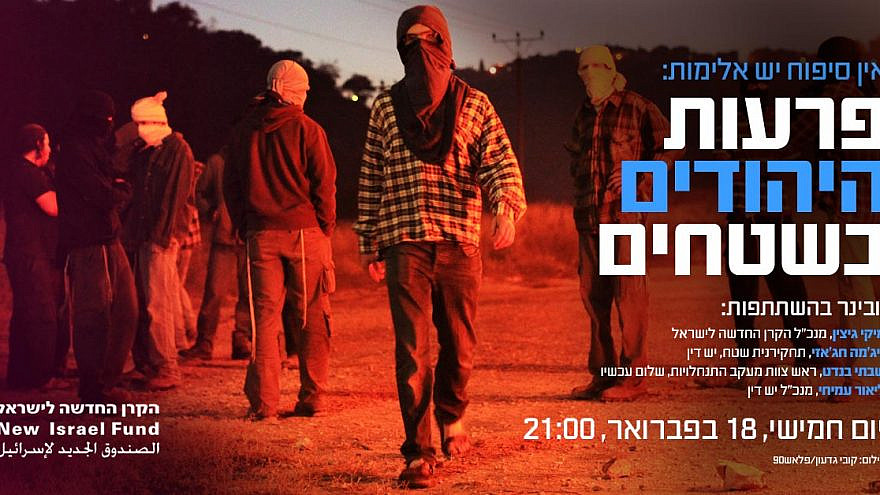 (February 16, 2021 / JNS) One of the speakers at an upcoming Hebrew-language webinar focused on alleged acts of violence perpetrated by Jews against Palestinians has supported and praised Arab terrorists, Im Tirtzu reported on Tuesday.

According to the report, Nejmeh Hijazi—one of four scheduled speakers at the event, titled “Jewish Riots in the Territories” and hosted by the progressive U.S.-based NGO the New Israel Fund (NIF)—has shared dozens of anti-Israel social-media posts, including some that laud terrorists.

Last week, Hijazi, a field researcher for the NIF grantee organization Yesh Din, shared a post in support of Yasmin Jaber, the eastern Jerusalem resident who was charged with spying for Hezbollah.

In May and March of 2018, she uploaded posts praising radical Islamist cleric Raed Salah, the head of the Northern Branch of the Islamic Movement in Israel, who two years later would be convicted of incitement to terrorism.

In 2015, she posted a photo of Hamas founder Sheikh Ahmed Yassin on the anniversary of his assassination by the Israel Defense Forces, with the accompanying text: “There is no sun this morning, because on this day 11 years ago, our hope was lost, Salam Alaikum Sidi [‘peace be upon you, my master’].”

In 2014, she had shared a photo of Yassin with the text: “Your smile proves to me that we are winning every day.”

That same year, she uploaded a photo of former Hamas leader Khaled Mashal and former Israeli Knesset member Azmi Bishara, who was charged with spying for Hezbollah, with two heart emojis accompanied by the words “love and love.”

The NIF is one of the largest funders of controversial left-wing Israeli NGOs, such as Breaking the Silence, B’Tselem and Adalah.