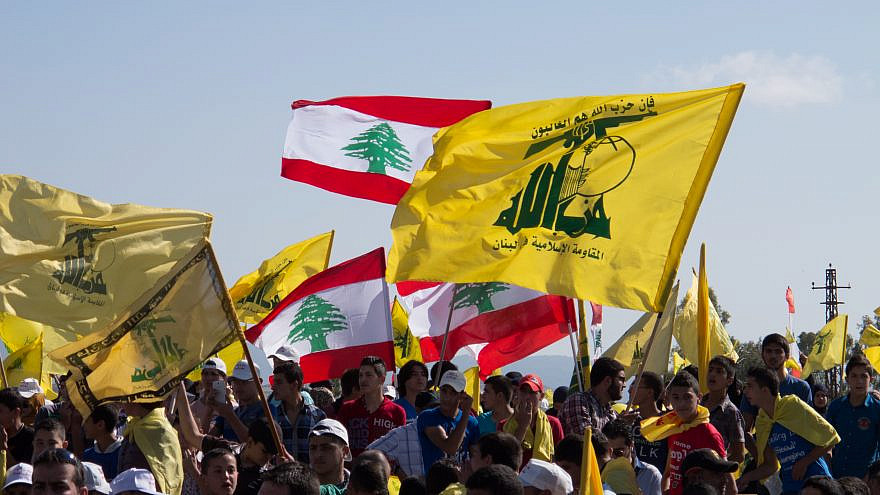 (February 8, 2021 / JNS) A new report has shed light on Hezbollah’s systematic use of civilian infrastructure to shield its missile storage and launch sites in Lebanon.

The report, produced by the Israeli Alma Research and Education Center for geopolitical affairs, highlights a social charity called the Islamic Shiite Waqf Committee in Burj al Barajneh foundation that has been cynically used by Hezbollah to store an array of medium-range Fateh 110 missiles in close proximity to sites such a high school in Beirut.

“This is a continuation of a report that we published in July 2020, which exposed 28 Fateh 110 missile sites in greater Beirut,” Maj. (res.) Tal Beeri, who directs Alma’s research department, told JNS.

“Following our publication, we continued extracting data from the information collected while discovering and uncovering new information. Within this framework, we acted to uncover the identities of the landowners and building owners [where] the Hezbollah sites are located,” he stated.

That research led Alma to the Shiite Waqf Committee in Burj el-Barajneh, a social charity that has been active for 25 years and recognized as a supporter of Hezbollah.

Alma was able to pinpoint seven compounds related to the foundation: its main compound (which includes offices, a conference hall and a religious gathering place) and six school compounds, some of which are suspected of being used to store missiles intended for future use against Israel.

It didn’t take long for the charity to emerge as the common denominator between the sites found to be storing missiles, said Beeri. Alma’s July report highlighted two compounds—a sports center and an education center—belonging to the charity.

Following that lead, “We said, OK, if we are talking about compounds that we know have Hezbollah launch sites, let’s search for more sites belonging to this charity that can be used by Hezbollah as missile sites with ‘civilian envelopes,’ ” said Beeri, describing the research process. “We know that this is how they work.”

The use of civilian associations for, among other objectives, human shielding, is a core pattern of Hezbollah, seen in past cases such as its use of the “Green Without Borders” environmental group used as a cover for activity on the Lebanese-Israeli border, as well as using a civilian demining organization for cover.

A general map of the six compounds belonging to the “Islamic Shiite Waqf Committee in Burj el Barajneh” in Beirut. Credit: Alma Research and Education Center.

“We also know that the Islamic Health Organization that deals with medical affairs throughout the Shi’ite community in southern Lebanon also smuggled weapons and operatives in ambulances during emergencies,” noted Beeri.

Based on this familiar pattern, Alma searched Beirut for additional Islamic Shiite Waqf Committee in Burj al Barajneh compounds, finding seven structures that are suspected to have been used for missile-attack uses.

“One is the charity’s central branch. We also found six educational facilities. We cross-referenced these with places we know to be launch sites and found that four of these sites are used as launch sites,” explained Beeri, who spent 20 years as an intelligence officer in the Israel Defense Forces specializing in Lebanon and Syria.

“We know with certainty that launch sites always appear near missile storage centers,” he added. “This enables rapid deployment-and-fire for Hezbollah.”

“Hence, this leads us to a very high degree of confidence in assessing that at least some of the charity’s structures are being used to hide Fateh 110-missiles in Beirut. These sites include launch sites and very likely storage centers near the launch sites. It is a case of classic human shielding,” said Beeri.

‘You only need one’

The Fateh 110 lies at the heart of Hezbollah’s ambitions to convert unguided projectiles into guided missiles. With a range of 300 kilometers, it can place most of Israel in its sights, said Beeri.

It is produced in Syrian weapons plants under Iranian auspices and in Iranian missile factories. The Syrian equivalent of the missile is known as the M600.

In recent years, Iran and Hezbollah have been attempting to set up industrial precision-guided missile factories on Lebanese soil, said Beeri.

“According to estimates, they still have ‘only’ tens of precise missiles. But you only need one to hit the IDF Central Headquarters in Tel Aviv to achieve a victory picture,” he cautioned.

Civilian populations ‘live among the targets’

In a recent speech, IDF Chief of Staff Lt. Gen. Aviv Kochavi warned that terror armies located on Israel’s borders—made up of tens of thousands of combatants—are armed with industrial weapons. “They aim, openly and declaratively, their fire at Israeli civilians,” he warned. “The threat of rockets and missiles is the most significant. The scope has grown; the warheads have grown. They are trying to improve the accuracy. This issue reached significant dimensions.”

“Who would have thought that terror organizations—what we today call terror armies—would be armed with precise missiles, or cruise missiles, or cyber capabilities, or electronic warfare? The technology changed the world,” he said. “When it is available, it is also available to radical Islam and fundamentalism. When they meet, the result is a challenge.” 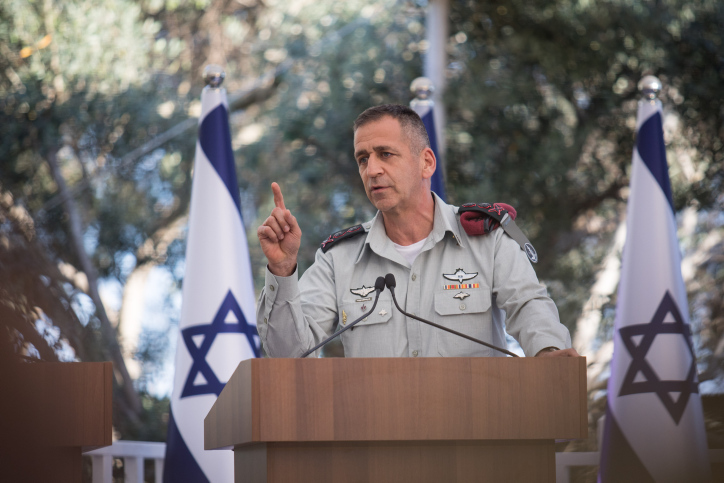 IDF Chief of Staff Aviv Kochavi speaks during an event honoring outstanding reservists in the Israel Defense Forces at the President’s Residence in Jerusalem on July 1, 2019. Photo by Hadas Parush/Flash90.

The chief of staff called for a paradigm shift to tackle these threats, both in Israel and the world, saying “the change in the battlefield is really deep. The enemy chose to locate itself, including its rockets and missiles, in urban areas. It deliberately ignores international law. It intends to fire all of this at Metula, Afula, Haifa and greater Tel Aviv. It is distributed in villages in southern Lebanon and Beirut. Hence, it is a must that we—the IDF, Israel and the international community—adapt ourselves to ways we must and are entitled to fight.”

While civilians would be given a chance to evacuate, the IDF will afterwards strike such targets, he said.

Civilian populations “live among the targets,” cautioned Kochavi. “They live on the battlefield. Every fifth home in Lebanon is a missile storage base or an anti-tank position or a command post.”

Referring to these warnings, Beeri noted that Kochavi identified these structures as military targets that must be struck in a future war to prevent harm to Israeli civilians.

“Hezbollah’s human shielding doctrine is well known, but each time we are surprised anew when we discover new ways that it does this. The way they use charities to serve their military activities,” said Beeri.

“Without a civilian infrastructure, Hezbollah’s military capabilities can’t live. We are peeling this layer by layer—every time we peel, we discover more.”