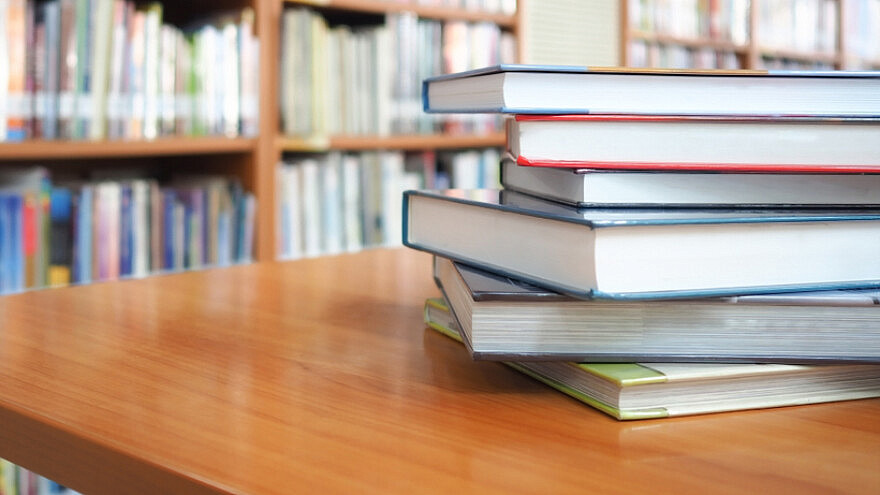 (October 25, 2022 / JNS) The school board of Newark, New Jersey is drawing attention from Israel advocacy and education organizations as well as parents for adding an anti-Israel book to its mandatory curriculum.

The book A Little Piece Of Ground by Elizabeth Laird was included in the sixth-grade English curriculum for the 2022-23 school year. The book, targeted at young adults, is accused of pushing anti-Israel propaganda and conveying a biased view of Israel to impressionable children.

According to the book’s Amazon description, A Little Piece Of Ground “explores the human cost of the occupation of Palestinian lands through the eyes of a young boy.”

Critics charge that the book portrays Palestinians as victims and Israelis as hostile oppressors.

In letters to the superintendent of the Newark Board of Education, Roger Leon, last month, the Zionist Organization of America demanded that the book be removed from the curriculum.

“The book is filled with misleading anti-Israel statements and outright lies,” wrote ZOA’s National President Morton Klein and Susan Tuchman, director of the ZOA’s Center for Law and Justice. “Instead of building understanding of a complex subject, fighting prejudice and encouraging tolerance, this book will poison impressionable children—with little if any knowledge about the complicated Middle East conflict—to hate Jews, Israelis and the State of Israel.”

“On the surface, Laird’s book is a story about Karim, a Palestinian Arab child living in Ramallah, a city located in what is commonly referred to as the West Bank. Readers see the world through Karim’s eyes and experiences,” ZOA wrote. “But Laird is clever, repeatedly sending the false and outrageous message to her young readers that Israelis are heartless and cruel, that their goal is to humiliate Palestinian Arabs and make their lives a misery and that Jews are stealing other people’s land.”

The letter quotes several passages from the book that critics claim are problematic, including, “[T]he Israelis won’t be happy until they’ve driven us all out and grabbed every inch of Palestine for themselves,” and that Israeli soldiers are “playing with us. They’re the cats and we’re the mice.” It adds that Israelis are described as “the enemy,” “occupiers” and “animals.”

When asked about the addition of A Little Piece of Ground, the district’s Communications Director Nancy J. Deering said the curriculum is periodically reviewed as required.

She said the move “is in alignment with New Jersey Student Learning Standards” and the district’s plan that calls for a curriculum that “elevates historically marginalized voices, strengthens and sustains a focus on the instructional core and provides opportunities to learn about perspectives beyond one’s own scope.”

Tuchman told JNS it is frightening that “impressionable sixth-grade students are being taught to hate Jews and Israel based on ugly, racist lies.”

“The book that is required reading falsely paints Jews and Israelis as stealing land and as oppressors,” she added. “ The book also falsely portrays Israelis as cruel and heartless, oppressing Palestinian Arabs and making their lives miserable.”

As part of the lesson plan for the book, the curriculum guide originally included an introductory video by Jewish Voice for Peace—a BDS-supporting left-wing group—that teachers can choose to show students.

In the video, Jews are painted as oppressors who are stealing other people’s land. It claims that Arab Israelis are “second-class citizens” and that Israel “demolished thousands of Palestinian homes and orchards, confiscated Palestinian land, bombed a captive population in Gaza and punished resistance with raids, arrests and assassinations, all to gain maximum land.”

Following its letters to the district, ZOA said it was told the video was removed from the lesson plans.

Roz Rothstein, CEO of the Israel education organization StandWithUs and a daughter of Holocaust survivors, said assigning the book promotes “propaganda that dehumanizes Israelis and paints a distorted picture of the Israeli-Palestinian conflict.”

“Given the alarming rise in anti-Semitic activity across the country, we would hope that educational institutions would take steps to counter the problem, not add to it,” Rothstein told JNS.

According to the Anti-Defamation League’s 2021 audit of anti-Semitic incidents, New Jersey has the second-highest number of recorded incidents in the country, second only to New York.