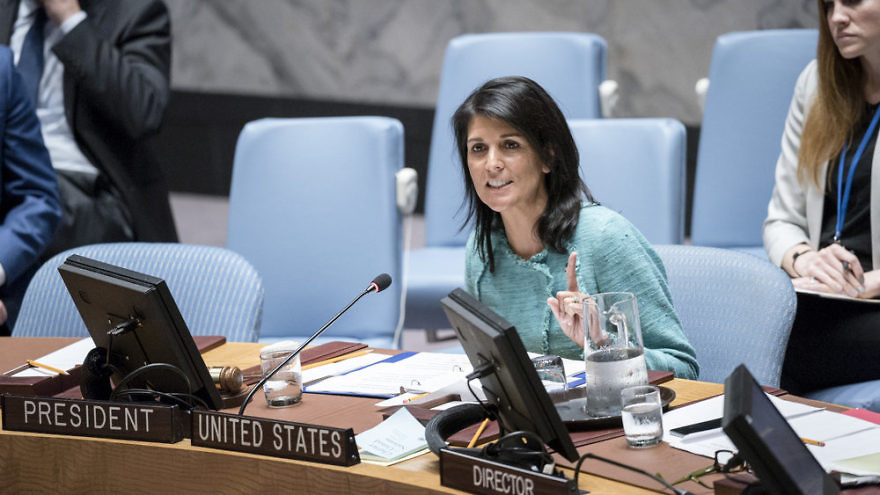 When asked by a reporter whether immigration was a basic human right, Biden responded, “Well, I think it is a human right if your family is being persecuted, if you’re being dealt with in a way—like I thought it was a human right for you know, Jews in Germany to be able to go and escape and get help where they could. But the other side of this is, there’s also, the people in this country have basic rights that are here—basic fundamental rights. We assure the people coming have been checked out, they’re not criminals, they’re not a problem, that they’re background checked.”

Haley, the former governor of South Carolina and now a leader in the polls for president in 2024, fired back at Biden on Twitter: “No. The systematic and targeted murder of 6 million Jews in Nazi death camps is not the same. You’re a disgrace. Don’t belittle the Holocaust to score political points.”

Ben Shapiro, the editor emeritus of The Daily Wire and host of the top-rated “The Ben Shapiro Show,” similarly called out Biden’s strange comparison alongside his seemingly contradictory recent policy decisions, then warned of their possible outcome: “Biden is simultaneously likening refugees from Cuba, Venezuela, Haiti and Nicaragua to refugees from the Holocaust, and then saying that he’s going to radically cut their entry avenues. He’s absolutely incoherent, which means that the wave of illegal migration will continue.”

Rep. Andy Biggs (R-Ariz.) also challenged the statement, saying “Biden just compared illegal aliens—lawbreakers who have been found to be terrorists, drug dealers, and bad actors—to Jews fleeing Germany during the Holocaust. Not even remotely the same situation. This kind of mindset prevents us from legitimately securing our border.”

Former Trump administration senior adviser Stephen Miller, currently founder and president of America First Legal, which is suing the Biden administration for violating the Taylor Force Act in funding Palestinian terror, noted that the president’s remarks also insulted Latin American nations and agreed with Shaprio’s warning of increased lawbreaking at the U.S. southern border: “Comparing Haitians leaving Haiti or Nicaraguans leaving Nicaragua to Jews fleeing violent extermination from Nazi Germany is both an outrageous minimization of the Holocaust and a vile slander of Latin American nations. Biden will say or do anything to expand illegal immigration.”

One notable commentator who retweeted Haley’s remarks was Nile Gardiner, a former aid to British Prime Minister Margaret Thatcher and currently a foreign policy analyst who contributes columns to the Telegraph. He said, “Disgraceful comments from Joe Biden. This man is without shame.”

Others online shared Haley’s sentiments, adding their own often intense social media provocations and insults toward the president, a characteristic of the free speech ethos new Twitter owner Elon Musk has vigorously promoted on the platform. Musk recently praised the official Israel Twitter account’s wit and began providing Starlink internet access to activists in Iran, and during a 2018 visit to the Jewish state proclaimed his sympathies saying, “Paid respects to Masada earlier today. Live free or die.”

The often caustic comments of those sharing Haley’s remarks included “I’ll be glad when we finally get this senile old man out of office…,” “What is this moral and mental blockade in politicians that compels them to compare everything to the Holocaust? And NO! Mr. President. It´s NOT the same,” “It’s nothing like Nazi Germany, you twit!” “This man is evil” and “At long last sir…remain silent. You speak and leave no doubt about competency.”

One account holder describing herself as a “Conservative Jew and Politically Conservative. #ZionistJew,” who featured three Israeli flags in her handle, retweeted Haley and declared: “To all of the liberal Jews who voted for this person, he didn’t like Jews and he still doesn’t. He is not our friend. WAKE UP.”