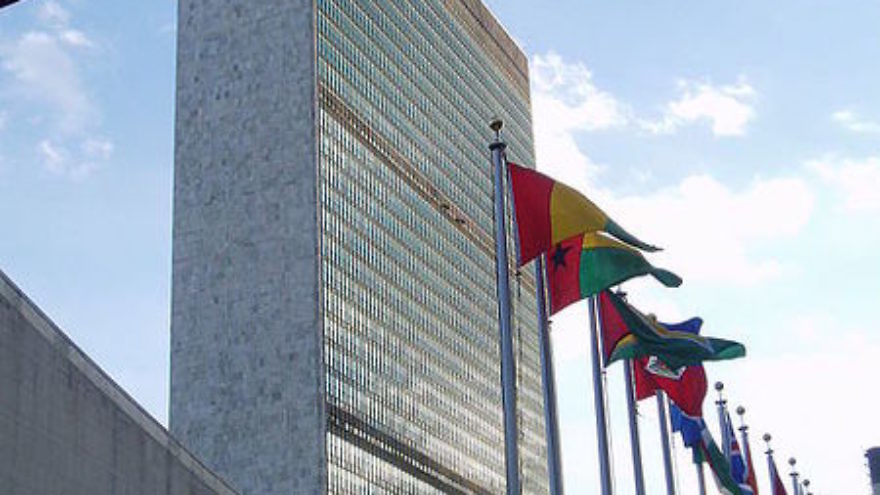 The United Nations Security Council devoted a recent session to bashing Israel, criticizing its policy of building Jewish communities in the biblical areas of Judea and Samaria, known to some as the “occupied territories.” At that meeting two weeks ago, the Israeli nongovernmental organizations B’Tselem and Americans for Peace Now (APN) gave testimony critical of Israeli policy.

While Commentary’s Jonathan Tobin wrote the preeminentresponse, condemnation of these groups’ perfidy was relatively broad. Rabbi Eric Yoffie, former head of the Union for Reform Judaism – the theologically and politically liberal movement in which I was raised, educated and ordained – responded last week with an editorial in the Israeli daily Haaretz.

While Yoffie concludes that Americans for Peace Now should not have given its presentation at the United Nations, he nonetheless heaps praise on the presentation yet scorns Israeli policy. Describing the presentation as “compelling,” “restrained,” “focused,” “impressive,” and “elegant,” Yoffie clearly supports APN’s underlying contention that Jewish communities in Judea and Samaria are illegal, an obstacle to the possibility of a two-state solution “and with it any hope for a peaceful resolution” of the conflict.

These contentions are wrong. Jewish communities in Judea and Samaria are not illegal under international law; their legal status is contested. Jews living in Hebron, Shiloh and other places mentioned in the Bible are not an obstacle to peace except in the fevered minds of Palestinian leaders who support a policy of ethnic cleansing. And the notion that there is no hope for peace is appallingly contrary to Jewish experience and character.

Yoffie’s tactic of strong criticism of settlements limited to “appropriate audiences” has, with staggering predictability, backfired politically while sabotaging the Jewish state and undermining its Jewish connection.

Among the greatest political victories won by Palestinian leaders is the capitulation by the Jewish left on the legality of settlements under international law. Eugene Kontorovich, Northwestern University law professor and world-renowned expert on the subject, has dealt extensively with the issue, and his work explains the legal complexity of settlements. Unfortunately, like most of their fellow human rights abusers, Palestinian leaders care nothing for facts and simply declare what they don’t like to be a violation of international law. Whether or not one agrees with Israel’s policies, ceding this argumentum ad nauseam, was as legally indefensible as it was politically self-defeating. It amounts to doing the Palestinians’ negotiating for them – which is, rather obviously, their strategy.

It further defies logic arguing that something (settlements, in this case) is evil, and yet expect people who agree that it’s evil to denounce it only in approved settings, as Yoffie expects. In a world where nearly every Jew hater on Twitter sends me YouTube videos of haredi rabbis denouncing Zionism or of nominally Jewish activists falsely accusing Israel of practicing apartheid, why does Yoffie think it matters where this “compelling” presentation was given? It no longer matters where a Jew slanders Israel – only that the slander occurs. His argument amounts to “geez guys, did you have to give your super awesome presentation there?”

If Yoffie thinks he’s modeling a love of Israel that young Jews, who loathe the “occupation” can appreciate, he’s wrong there, too. Earlier this year, former American diplomat Elliott Abrams dealt with the fraying relationship between American Jews and our siblings in Israel in a piece in Mosaic. His thesis, that the strain is caused not by Israeli policies but by trends among American Jews, is spot on.

“Are we really to believe that someone who chooses not to engage with any part of the organized Jewish community, who does not belong to a synagogue and considers himself (in the Pew study’s terminology) a ‘Jew of no religion,’ who has never visited Israel, who has married a non-Jew who did not convert and whose children are not being raised as Jews, feels less attached to Israel than his parents or grandparents because of settlements or ‘the occupation’?”

To Abrams’ point, I would add the example of a Jew who has, from birth, been fed the contention that Israel’s policies in Judea and Samaria are illegal.

Kids in the liberal movement have been taught a pro-Israel argument with this description: successive governments of a country that has little to do with your daily life, and whose rhetorical defense is thrust on you as a burden, and a country routinely violating international law and oppressing people who yearn for freedom. But we love that country because we’re all Jews. Except for the Jews, who act like you or have parents like yours, who are second-class citizens in Israel because the country is run by mean, judgmental haredi Jews. Also, the Palestinians have lots of problems.

Remarkably, Yoffie’s article is an admission that this strategy has not only failed, but has caused irreparable harm to Jewish polity and peoplehood. The constant drumbeat on the Jewish left against settlements has created an atmosphere in which Americans for Peace Now can show up at the nest of Jew haters – the United Nations – and bash Israel to the general approval of the Jewish left, a large majority of Jews.

Generations of Jewish children have been taught that contemporary political leftism is synonymous with Judaism, “speaking truth to power” and “healing the world” are among Judaism’s greatest precepts, and the miracle of the reborn Jewish state is only truly lovable if its citizens have the wisdom to elect a Meretz party government. Surely Yoffie can’t be surprised those children now see his contradictory sensibilities as an unwelcome, antiquated proscription against their precious consciences.

Jonathan Greenberg is an ordained reform rabbi and the senior vice president of the news and public policy group, Haym Salomon Center. An expert in Middle East policy and former staffer at the American Israel Public Affairs Committee, you can follow him @JGreenbergSez.