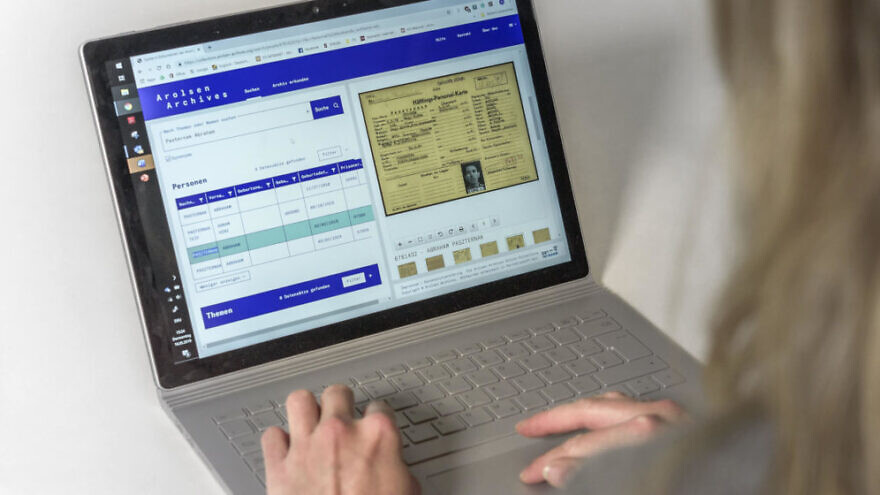 (April 17, 2020 / JNS) The world’s most comprehensive archive on the victims and survivors of Nazi persecution reached a “milestone” on Tuesday by publishing 26 million documents to its online database, including new information on forced laborers and deported Jews.

The Arolsen Archives–International Centre on Nazi Persecution, formerly known as the International Tracing Service, has a collection of information on about 17.5 million people and belongs to UNESCO’s Memory of the World initiative. It was established by the Western Allies in 1944 and changed its names to Arolsen Archives in 2019.

All 26 million of the Arolsen Archives’ documents, are now available online, a collection that includes information on 21 million people who were displaced, persecuted and murdered by the Nazis.

The new uploads included data on the deportations of Jews, Roma and Sinti from the former German Empire, Austria, Bohemia and Moravia, reported The Jewish Chronicle.

The Arolsen Archives, based in the German town of Bad Arolsen, said the recent addition to its online database was completed with its partner, Yad Vashem, Israel’s Holocaust memorial center in Jerusalem.

“This means that the majority of the documents in the world’s most comprehensive archive on Nazi persecution are now accessible online,” said the archives. “They are a unique body of evidence that documents the crimes committed by the Nazis, and they are of immeasurable value to the relatives of the victims of Nazi persecution.”