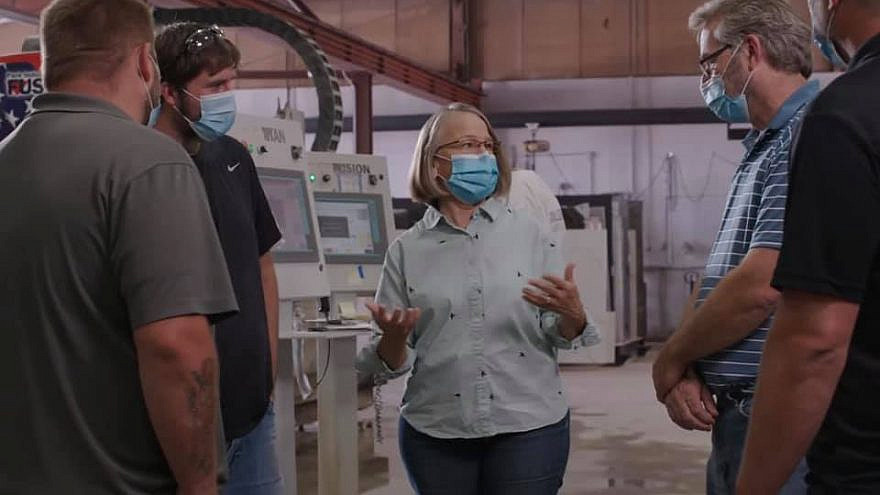 Miller-Meeks, 65, an ophthalmologist who won on her fourth try running for Congress, served as a nurse and physician in the U.S. Army as an active and reserve member. After being the first female faculty member of the University of Iowa’s department of ophthalmology and visual sciences, she operated her own ophthalmology practice for 11 years. She then served as the Iowa Director of Public Health.

Married with two adult children, she will join a record number of Republican women elected to Congress.

“It’s fantastic that our representation in Congress will be more reflective of who we are as a party and the diversity within our party,” she told JNS in an interview last month. “But even more than that, we were elected to Congress not just as women.”

“We were elected as accomplished women,” she continued. “If you look at the résumés and the backgrounds and the experiences of the women that were elected to Congress, they’re competent, they’re intelligent. They have earned the right to be in Congress.”

JNS talked with Miller-Meeks by phone on Dec. 11. The interview has been edited for brevity and clarity.

A: First, I’m Catholic. I had the opportunity two years ago to take my family to Israel and—both from a standpoint of the underpinnings of my faith, but also because Israel is the only democracy in the Middle East—I have very strong support for our democratic ally, Israel.

We have unique parallels on Israel as a place of entrepreneurship, of economic growth, of democratic principles such as the freedom of speech, the freedom of religion, respect for private property rights and also a similar belief in universal human rights, and that these universal right lead to economic prosperity which then allows us to be able to help our citizens. From that standpoint, I would say very supportive of our ally Israel.

I think it’s interesting that under [U.S.] President [Donald] Trump that we have actually had more movement towards Middle East peace, and it was done in a different fashion than other administrations have done. I do think that it’s important to be able to support Israel, which is really the only stabilizing force in the Middle East, to counterbalance the oppressive authoritarian regimes and also the non-state actors, which are very extreme in the Middle East.

I also had the opportunity to see the Iron Dome in action when missiles, and that further solidifies support for the foreign aid that we do provide to Israel in helping to protect their own citizens and maintaining U.S.-Israel defense, diplomatic and economic cooperation so we can advance policies to make both nations stronger. 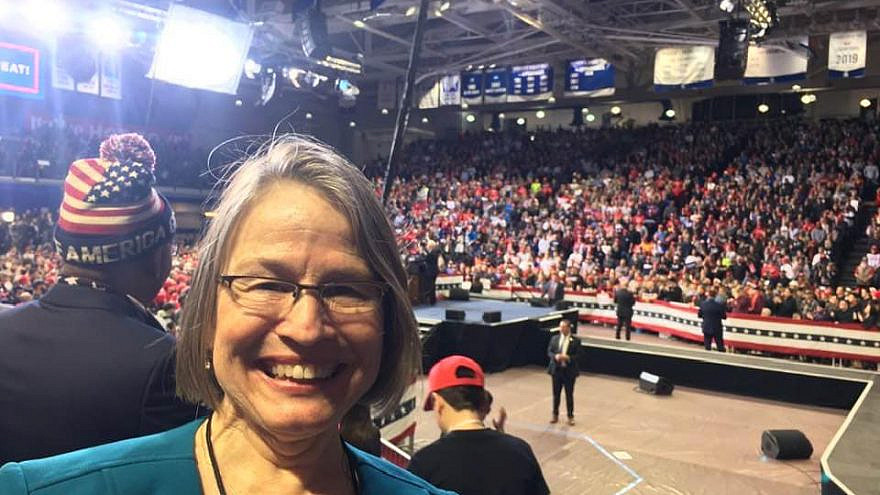 Q: When did you go to Israel?

A: Two years ago.

Q: What did you do there?

A: We toured all of the historic religious sites. We also visited some of the businesses. We went to the embassy but did not go in. The embassy at that time, I don’t think we were allowed entry, and so it was joyous when it was moved to Jerusalem as had been promised over both Democratic and Republican administrations over decades. But it was not a political visit; it was a leisure visit. When you have adult children, it’s hard to give them gifts for Christmas, so mine and my husband’s Christmas gift to our children, since they weren’t married and had no children, was to take them to Israel.

A: We have multiple alliances, both economic and religious, and as far as national defense goes. I think there are opportunities from both countries to be able not only to promote one another in trade, but also learn agricultural practices from one another. We have technologic and biotech startups within our district, as does Israel, so I think that’s another avenue for growth, learning, education, information as well as opportunities for trade.

Q: As someone who’s from a background in medicine, how familiar are you with Israeli innovation in that field?

A: There’s a lot of innovation in medicine from Israel. As Iowa director of public health, I had often referenced when we were talking about our medical marijuana program that a lot of the data and information researched on marijuana [medical benefits] actually comes from Israel. They also have a vaccination program and vaccine development. That is important. The interchange of information, ideas and cooperation will be very beneficial to us going forward.

A: We need to be very vigilant and very strident in calling out anti-Semitism and anti-Semitic remarks. We have not been, and our media has not been, as aggressive on this issue as they should be.

Q: Besides calling it out, how else can we combat anti-Semitism, including the BDS movement?

It’s not something that I would support in the House. There are some members of Congress who do support the BDS movement. I think it’s wrong and would not support it. One way is within the United Nations to get policies that call out human-rights abuses that occur in other countries, and that’s another place where we can have a great deal of leverage.

Q: U.S. Ambassador to Israel David Friedman addressed the Iowa State Senate (and State House) in 2019. What was that moment like? Did you meet him?

A: I did meet him. It was an amazing experience. He gave a very sincere heartfelt speech, and it made me proud to be an American and made me very proud of our relationship with Israel.

Q: What did the ambassador talk about?

A: He talked about the philosophical underpinnings of both of our countries, the common values that we share in regard to economic freedom and prosperity in regards to human rights, freedom of speech, freedom of religion that we have shared values, shared approach to democracy within our countries and throughout the world—that we have a right to protect ourselves and our defense and that Israel has a right to exist. He also talked about trade issues, economic opportunities. It was a very moving speech. It’s one of those experiences you rarely get and, at the time you’re running a campaign and going through all the challenges and obstacles, made it worthwhile to be there.