(May 11, 2022 / JNS) “The only way the IRGC [Islamic Revolutionary Guard Corps] will be forced to go back to the barracks and stop its business activities is for it to remain in the sanctions list.”

These are not the words of some disgruntled Iranian expatriate outside Iran wishing for a regime change. Rather, this was said on April 17 during a group debate on the social-media audio platform Clubhouse by Faezeh Rafsanjani, the daughter of a former president of the Islamic Republic of Iran, who died in 2017. Her father, Ali Akbar Rafsanjani, was not just a former president either; he was one of the main pillars and founders of the Islamic revolution in Iran in 1979. In fact, he was the very person who initiated the idea of involving the IRGC in business activities as a way to generate independent income.

Over the years, the IRGC has overwhelmingly dominated key sectors of Iran’s economy so that despite rampant inflation, a shortage of goods and a descent into poverty by millions of Iranians, the leadership level of the IRGC has been able to flourish economically.

Today, Rafsanjani’s daughter, like many others in Iran, is calling for the IRGC to go back to the barracks and let go of its stranglehold on Iran’s economy. She specifically emphasized in the same event her utter disdain for the IRGC, which she repeatedly urged be kept on the sanctions list, saying, “I believe the removal of the IRGC from the list of sanctions would be very harmful to the interests of the Iranian people.”

Although the process of Islamification of the regular army after four decades of the ayatollahs in power is well entrenched, the IRGC is still the more ideological, more loyal and the trusted armed force for the ayatollahs. But for the Iranian people, the IRGC is the prevalent symbol of corruption and repression. In 2019, by the order of former President Donald Trump, the IRGC was put on the U.S. Foreign Terrorist Organizations (“FTO”) list, a decision that was recently supported publicly by top Pentagon generals in testimony before Congress and in an open letter.

Still, political appointees in the current Biden administration seem desperately keen to resurrect Obama’s 2015 nuclear deal with Iran. They proposed to Iran that the terrorist designation of the IRGC be lifted—that it remain on the Quds Force only. To anyone even remotely familiar with the Quds Forces, this option was ludicrous. The Quds Force is the elite unit of the IRGC for clandestine overseas operations. Other than a few top commanders, no one even knows what that is. 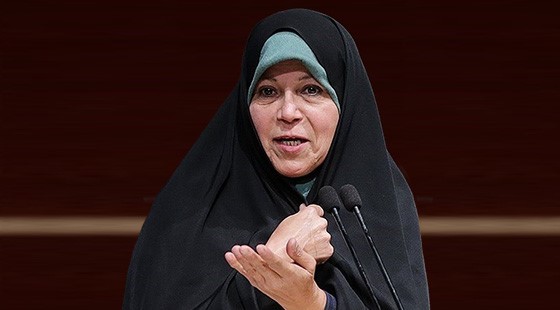 U.S. sanctions against Iran only started after a group of mostly Islamic Revolutionary Guards masquerading as “students” took over the U.S. embassy in Tehran and held its staff as hostages for 444 days. The American president at the time, Jimmy Carter, did everything to appease the new regime, as well as sending a letter to the leader of the revolution, Ayatollah Khomeini, calling him “Your excellency” and begging him to release the hostages. Carter also tried to send former Attorney General Ramsay Clark, who had supported Khomeini against the Shah, to mediate, but he was not even allowed to enter Iranian airspace. Having run out of options, the Carter administration froze Iranian assets in the United States and imposed sanctions against the new regime.

Six U.S. administrations after Carter’s, the sand dunes of the Iranian politics have shifted in such a way that today, the daughter of a founding father of the revolution is calling for the military arm of the regime and a major sponsor of terrorism to remain on the sanctions list. However, the U.S. administration’s lead Iran negotiator, Robert Malley—who was also the same adviser in the Obama administration that negotiated the first deal—is using his imaginative creativity to find a way of delisting the IRGC to appease the ayatollah regime. It is also worth noting that the Iranian regime lobbyists who are helping Malley to overcome the IRGC sticking point are mostly second-generation Iranian Americans whose fathers were the courtiers of Iran’s ancien régime!

While the second-generation Iranian Americans who have become foot soldiers of the Islamic Republic’s de facto lobby in the United States in organizations like the National Iranian American Council (NIAC) are still having fits over Trump’s designation of the IRGC as an FTO, the daughter of one of the founding fathers of the Islamic Republic is intrepidly stating in public that “the IRGC’s activities are to the detriment of the nation.”

This gutsy woman, who has been jailed twice before, has also struck nerves among the ruling clerics in Iran by her vehement opposition against the mandatory hijab and standing up for the persecuted Baha’i religious minority in Iran. She expressed support for Trump’s “maximum pressure” campaign as a way to change Iran’s behavior.

Mohamad Javad Abtahi, a Supreme Leader loyalist politician, stated: “Imam Khomeini said if there was no Revolutionary Guards, there would be no Islamic Republic, and yet she is trying to destroy this same institution. She is wielding her sword against Islam and the regime.”

It would be foolish to think that Faezeh Rafsanjani is not aware of what the consequences of her words may be, and yet, she seems undaunted by what may happen to her next.

“What the IRGC inflicts on the Iranian society is damaging and must be stopped somewhere,” says the daughter of Ali Akbar Rafsanjani, who was once the most powerful man in the Islamic Republic of Iran.

Meanwhile, Iran—with good reason—has come to believe that it need not compromise one whit or even appear to moderate its murderous policies in order to get its negotiating partners not to carry out their threats to walk away from the negotiating table. We counted at least 12 times in the past year in which U.S. officials were quoted as stating that the “window was now closing” or that “time has run out,” only to walk back those vacuous threats the next day.

So a few weeks ago, when a spate of articles began to appear that pronounced the obituary to the negotiations, what did Iran do? On the occasion of Al-Quds Day (“Jerusalem Day”) rallies, the IRGC issued a statement that “Tel Aviv is on its last breaths and will soon meet its demise.”

They also condemned the late Egyptian President Anwar Sadat’s “unforgivable treachery in making peace with the Zionist regime,” and that the only solution to the Palestine problem for the Islamic Iran is the expulsion of the “occupiers and Zionists.”

On the same day of the rallies, the head of the IRGC, Gen. Hossein Salami, spoke live to a crowd of Palestinians alongside Hamas leaders in Gaza reiterating the annihilation of Israel. The IRGC organized a similar demonstration in Lebanon by the IRGC’s primary terrorist subordinate force, Hezbollah, where leader Hassan Nasrallah openly declared the imminence of the genocide of the Jewish state. Yet about a week after these incendiary threats were made, a European delegation was off to Iran to beg the Iranians not to break off negotiations.

It is obvious that the IRGC is in no hurry to compromise, despite all the appeasement efforts by Malley and others. Perhaps he and his fellow American negotiators should heed the words of Faezeh Rafsanjani, someone who has the courage to speak truth to power.

IPT Senior Fellow Potkin Azarmehr is a London-based investigative journalist, business intelligence analyst and TV documentarian who was born in Iran. He regularly contributes to several newspapers and television stations on Iran and Middle East-related news. Follow him on Twitter @potkazar.