news
Catholic Church symbolism again becomes issue near Auschwitz grounds
Judy Lash BalintJNS
The Coalition for Jewish Concerns is asking that the Birkenau church, which is topped by a large cross, be moved back into the nearby village from the building it occupies, which served as the SS commandant’s headquarters. 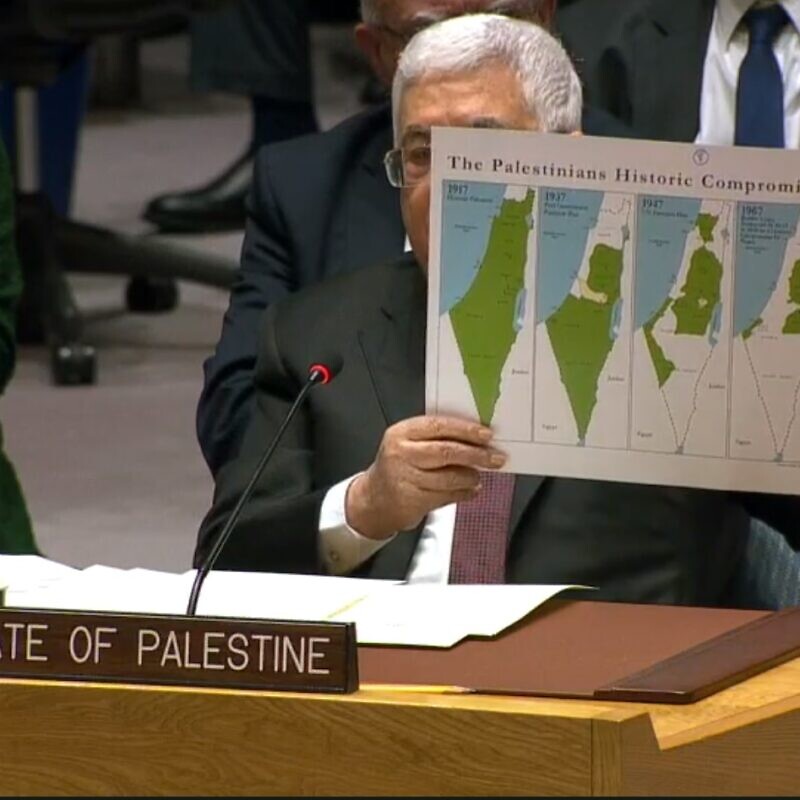 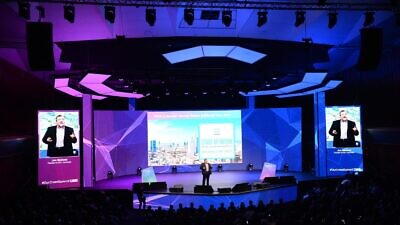 news
Israel’s OurCrowd hosts largest equity crowdfunding event in history
Eliana RudeeJNS
“To continue exponential growth, we will need to redouble our efforts in the seed and early-stage investment arena, as well as strengthen and leverage our growing network of global investors. Together, we can make this next decade a Roaring Twenties,” said Jonathan Medved. 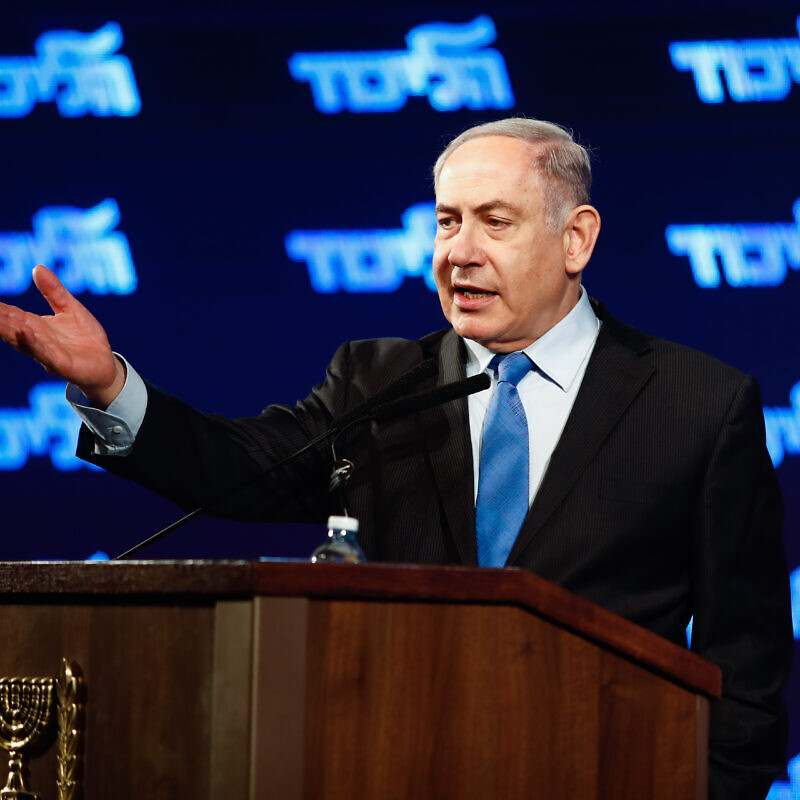 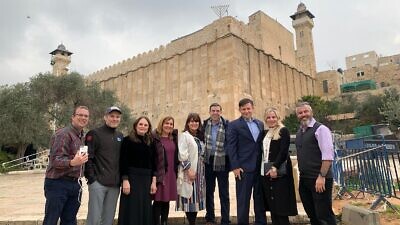 news
Reps. Jordan, Johnson tour Judea and Samaria as lines discussed for mapping Mideast peace plan
Malkah FleisherJNS
The congressmen began their tour on the “Heritage Trail” in Beersheva, where they learned about the biblical Abraham and the ties of the Jewish people to the Land of Israel.

news
Conference of Presidents: Jewish mission to Saudi Arabia the result of ‘two decades of effort’
Alex TraimanJNS
Much of the diplomacy takes place over time and under the radar, says Malcolm Hoenlein, longtime executive vice chairman of the Conference of Presidents of Major American Jewish Organizations, “by building meaningful relationships across the board."
briefUS-Israeli sovereignty committee ready to work as Trump appoints members
Ariel Kahana Israel Hayom
It is tasked with mapping the areas to which Israel will extend its sovereignty under the newly revealed Mideast peace plan.
newsNetanyahu: Accumulation of power creates a new approach for Israel in the Middle East
Alex Traiman
Speaking to the Conference of Presidents of Major American Jewish Organizations in Jerusalem, the prime minister explained mechanics of the newly released “Peace to Prosperity” proposal, as well as changing relations between Israel and Muslim nations.
feature
Ancient harbors, sunken ships: Supporting marine archaeology in off Israel’s coast
University of Haifa 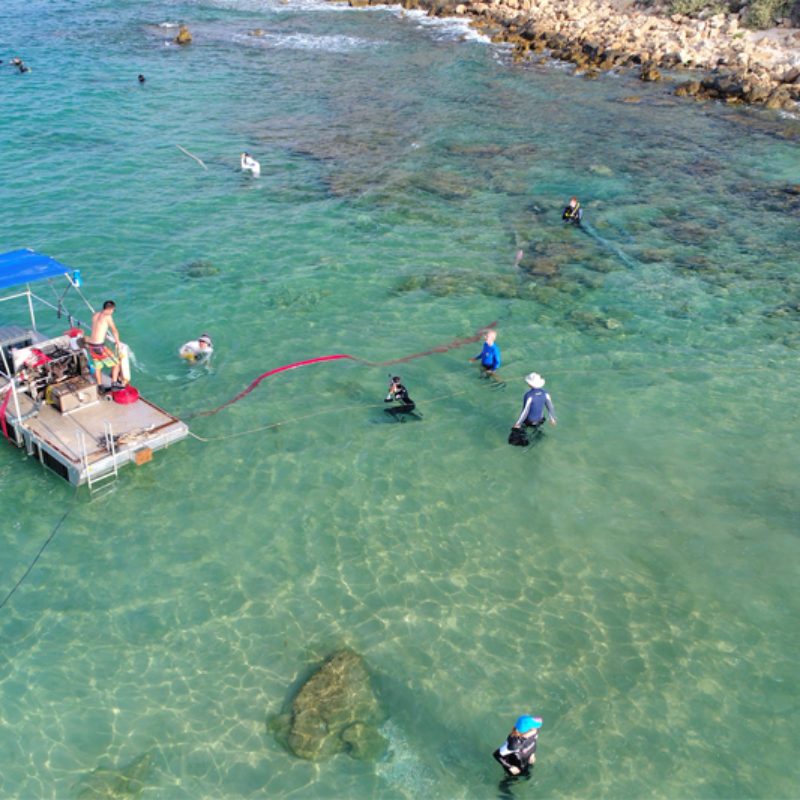 feature
What makes Israel the 13th happiest country in the world?
Deborah FineblumJNS 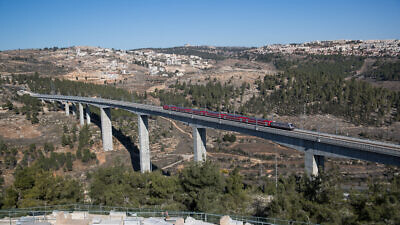 brief
Israel plans to extend Tel Aviv-Jerusalem high-speed rail to Western Wall
JNS
The project would involve the construction of two new stations and an 1.8-mile-long tunnel under downtown Jerusalem and the Old City. 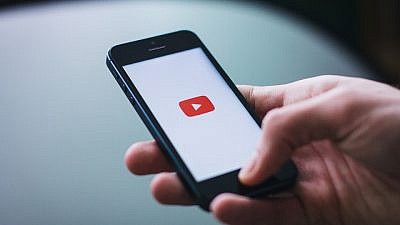 brief
IDF foils Hamas plot to hack phones of Israeli soldiers by posing as attractive women
JNS
The phones of dozens of soldiers were hacked through the scam, though the issue was detected early enough to prevent any major information from reaching the terrorist organization. 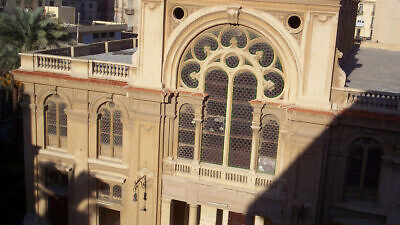 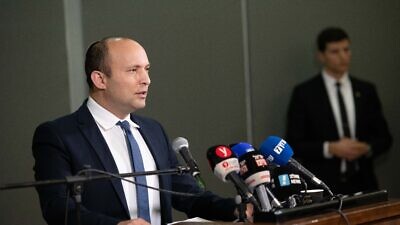 brief
Bennett says Israel is seeing ‘first signs’ of Iran rethinking its Syria strategy
JNS
Israeli Defense Minister Naftali Bennett said, “We have superior intelligence and operational capabilities, and we are telling Iran: Get out of Syria! You have nothing to look for here.” 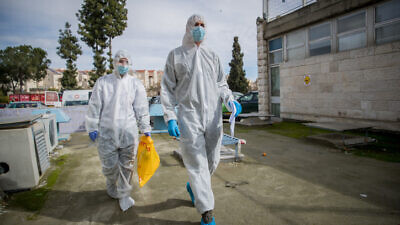 brief
Worried about coronavirus, Israel bars foreigners from high-risk countries
JNS
The new restriction will affect those who have traveled within the last two weeks to Thailand, Macau, Hong Kong and Singapore. 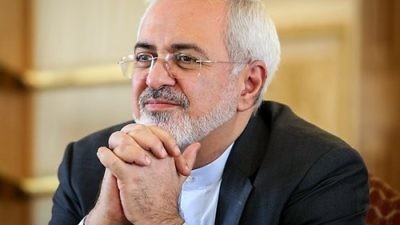 brief
Pompeo criticizes Democrats for meeting with Iranian foreign minister
JNS
If the Democratic senators had the meeting, said U.S. Secretary of State Mike Pompeo, “I hope they were reinforcing America’s foreign policy, not their own.”

(March 20, 2019 / JNS) Why are we surprised that the Democratic Party in America supports discrimination?

After all, it has refused to condemn Jew-hatred from its members—particularly, its new Muslim members. It appears that condemning their statements is Islamophobic. But one should not be surprised. This is the real Democratic Party. Minnesota Rep. Ilhan Omar and Michigan Rep. Rashida Tlaib, who have shared their anti-Semitic tropes, are just part of a long line of Democrats supporting discrimination.

The Democratic Party has explained Omar’s latest anti-Semitic statements this way—that the congresswoman just misspoke and was misunderstood. “I don’t think our colleague is anti-Semitic; I think she has a different experience in the use of words, doesn’t understand that some of them are fraught with meaning that she didn’t realize,” said Speaker of the House Nancy Pelosi.

Wonder if they wish they could explain away their past as a problem with words.

When President Abraham Lincoln pushed for the Emancipation Proclamation and the freeing of slaves, the Democrats didn’t exactly jump on the bandwagon.

Many Civil War Democrats were outraged over the call for abolition. When it came time to vote on the Thirteenth Amendment abolishing slavery, every Republican voted yes. Of the 199 members who voted, 10 were Democrats. The Democrats—the party today that says it represents minorities.

A little more history: When Ulysses S. Grant was elected to the presidency, Southern Democrats formed organizations that violently intimidated blacks and Republicans who tried to win political power. The most prominent of these, the Ku Klux Klan, which was originally founded as a social club for former Confederate soldiers, evolved into a terrorist organization. It would be responsible for thousands of deaths, and would help weaken the political power of Southern blacks and Republicans.

Under Republican President Ulysses S. Grant, the Fifteenth Amendment, which gave the vote to black men in every state, was passed.

When Dr. Martin Luther King Jr. called for civil rights, the Democrats were against President Lyndon Johnson’s civil-rights proclamation. The late Robert Byrd, former member of the Ku Klux Klan and a friend of the Clintons, filibustered against the 1964 Civil Rights Bill.

What is happening today is just a continuation of a long line of hate for “the other.” There is no doubt that Omar has shared her anti-Semitism for some time now, including “It’s all about the Benjamins baby” and dual loyalty, and has been rewarded by being placed on the House Foreign Affairs Committee. Chairman Eliot Engel (D-N.Y.) said he would not remove Omar from his committee even after her continued string of comments.

This is happening despite the statements of Pelosi, Majority Leader Steny Hoyer and other members of House Democratic leadership who said that anti-Semitism had to be called out “without exception.” They wrote, “Congresswoman Omar’s use of anti-Semitic tropes and prejudicial accusations about Israel’s supporters is deeply offensive. We condemn these remarks, and we call upon Congresswoman Omar to immediately apologize for these hurtful comments.”

Tlaib is standing firm with her fellow freshman. Following Omar’s controversial comments, she tweeted: “I am so honored to serve with @IlhanMN, an incredible courageous woman.”

Tlaib is a member of the Facebook group “Palestinian American Congress,” where members often demonize Jews. The group’s founder, Palestinian activist Maher Abdel-qader, was a key fundraiser for Tlaib and organized campaign events for her around the country.

In January 2018, Abdel-qader shared an anti-Semitic video that claimed Jews aren’t actually Jewish, and invented their historical claim to Israel and secretly control the media.

Tlaib and Omar both support the BDS movement—boycotting, sanctioning and divesting from Israel.

And then there is Louis Farrakhan, who has a long history of anti-Semitic, misogynistic and homophobic tirades. He has drawn widespread condemnation from groups like the Southern Poverty Law Center and the Anti-Defamation League.

He stands with Omar. “Sweetheart, don’t do that,” Farrakhan said, addressing Omar. “Pardon me for calling you sweetheart, but you do have a sweet heart. You sure are using it to shake the government up, but you have nothing to apologize for.” Omar merely spoke the truth, and should not have apologized for saying Israel and the U.S. Jewish lobby use money to control American politicians, he said.

It seems that members of the Congressional Black Caucus and the NAACP have also enjoyed the company of Farrakhan.

This anti-Semitism—this discrimination against minority groups—is systemic in the Democratic Party. Why is anyone shocked?

Diane Bederman is the author of “Back to the Ethic, Reclaiming Western Values,” published by Mantua Books. She blogs at: DianeBederman.com.