(September 28, 2022 / JNS) Over the last several years, there has been an alarming increase in anti-Semitic incidents across the globe. Today, the apparent majority originate online, as part of the larger hate and disinformation campaign seen on both mainstream and dark-web platforms. Research shows that anti-Semitic tropes, memes and rhetoric are often incorporated in other online conspiracy theories, with a Swedish expert on combatting anti-Semitism recently stating that “at the core of the threat to liberal democracy is anti-Semitism,” labelling anti-Semitism online as “the mother of conspiracy theories.”

This hate seen online is not just harmless chatter relegated to dark corners of the internet—it spills onto campuses and into the streets, fueling dangerous propaganda that transcends the geographic borders of any country. Combating this global hatred requires a global solution. Further, the case and cause of online anti-Semitism presents an opportunity and responsibility for digital platforms, policy-makers, envoys and civil society to together examine the problem and create comprehensive recommendations, legislation and institutions that can be utilized in the broader context of addressing online hate, conspiracy and disinformation that sow distrust and translate into harm and violence.

In July 2020, the #NoSafeSpaceForJewHate campaign took place, serving as a global call to action to combat the virulent anti-Semitism that goes unaddressed or inadequately addressed on social media platforms. Growing urgency led to my initiating and leading four hearings in Israel’s 23rd Knesset in which social media giants, civil society organizations and technology experts engaged to identify and understand the problem and to discuss possible solutions. Subsequently, the Interparliamentary Task Force to Combat Online Antisemitism was launched, together with multi-partisan partners from the US, Canada, UK and Australia.

The Task Force has since grown to include additional members, serving as a consistent voice committed to protecting all from online hate, underscoring that the fight against anti-Semitism is a non-partisan consensus in democratic countries. Transcending real and perceived differences of geography, politics, religion, language and more, the Task Force works to: Establish consistent messaging and policy from parliaments and legislatures around the world to hold social media platforms, including Twitter, TikTok, Facebook and Google accountable; advocate for the adoption and publication of transparent policies related to hate speech and their consistent application; raise awareness about anti-Semitism on social media platforms and its consequences in order to acknowledge the tremendous responsibility that comes with the power the platforms hold; and emphasize that if one minority cannot be protected by hate speech policies and their detailed protected characteristics, ultimately none can be.

The Task Force 2021 Interim Report’s central recommendations were that national, state/provincial and local governments, as well as social media providers, should adopt a clear definition of anti-Semitism, for without first defining a problem, we cannot combat it. Further, social media platforms should enhance transparency regarding algorithms, how content is removed, what content is removed and what tools are used to direct users to certain sites or redirect users away from hate and/or harms and provide regular quarterly reports on these issues. It is important that social media actually be a marketplace of ideas and that individuals are not simply directed to content that reinforces existing opinions. Legislators should create an independent oversight body or regulator in each country to efficiently, regularly and transparently monitor the online space.

As the international consensus definition, established after 20 years of democratic process and adopted by hundreds of entities—including countries, cities, sports leagues, corporations—the International Holocaust Remembrance Alliance (IHRA) working definition is the logical and recommended definition of anti-Semitism for social media giants to turn to as well. This comprehensive working definition critically enables, as Canada’s former justice minister and current anti-Semitism envoy Prof. Irwin Cotler explained, tracking the mutation from its “traditional” form, barring the individual Jew from an equal place in society, to the mainstreamed “modern” form, barring the Jewish nation state from an equal place among the nations.

The late Elie Wiesel underscored that the Holocaust did not begin in gas chambers, it began with words, and that the hate being spewed online today against the Jewish people and their state is something of significant concern. Online hate has learned that referring to “killing Jews” will trigger an algorithm to remove the content; but calling for “death to Zionists,” regardless of the fact this description represents the majority of Jews, is somehow acceptable.

The continued Task Force discussions held in Washington this week recognize that we have a shared responsibility to work together in order to identify and combat mutating hate in our midst and to stop the downward spiral of anti-Semitic vitriol. The imperative to raise the public’s awareness to digital information dissemination and to the fact we are not consumers in the current digital platform business model, rather the product, assumes and reclaims compromised free will and agency at a time of supposed ultimate freedom and agency. These hearings are not about blame. They are a call to action—to legislators, tech giants, envoys, civil society and the general public—to engage and hone the ability and responsibility of our generation, to ensure that humanity continues to evolve and develop, gathering necessary tools to address the fundamental changes in the way we all consume information, while ensuring that the spread of conspiracy theories of which anti-Semitism is a predictive example does not collapse the entire shared infrastructure.

Knowing the real-world harm that excludes Zionists from equal access and participation—in university book clubs, in support groups for victims of sexual harassment, in class, etc.—is an unacceptable reality. The mutation of anti-Semitism enabled by the appropriation and weaponization of foundational principles to demonize, delegitimize and apply double standards to Israel (the “three D’s”) finds multi-dimensional, escalating expressions. In a blurred-boundary reality, they manifest on digital platforms and on the streets, peddling and echoing modern renditions of ancient toxic anti-Semitic tropes as defined in the IHRA definition that includes, as it must, the three D’s, if it is to fulfil it role to comprehensively identify and combat anti-Semitism. 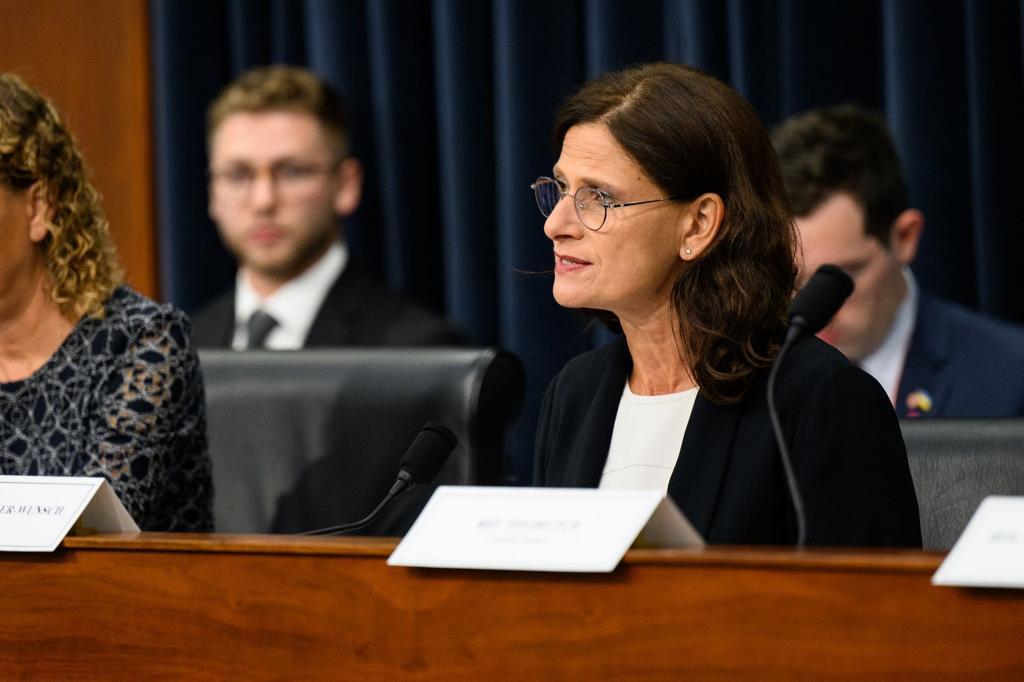 The “trigger” for the creation of the IHRA definition, a non-legally binding resource, was the 2001 Durban Conference “Against” Racism, the pretext for what became an anti-Semitic hate fest, a milestone in the systematic appropriation of human rights to advance and conflate Israel with apartheid South Africa. A mutation of the 1975 “Zionism is racism” U.N. resolution, revoked decades later, it is part of the recognition that where conventional warfare failed, a war for hearts and minds, implementing a systematic strategy, can gain traction. Appropriating Zionism, a 140-year-old progressive national liberation movement built on a millennia-old identity integral to the character, heritage and ancestry of Jews worldwide, most of whom identify as Zionists, has rendered their identity synonymous with the gravest of human crimes, enabling to “legitimately” include it in the list of “isms,” excluding and denying Zionists from equal access, rights or participation in digital and real spaces.

In order to ensure equal access to opportunity, safety and protection from harm for all, including those who identify as Zionist and regard it as an integral part of their identities, it must be added to existing, detailed lists of “protected characteristics” in the social media platforms’ hate policies. Transparency of the policies and their application is critical, as transparency is an antidote to growing distrust that threatens the fabric of societies, ensuring safety and protection from harm is extended to all, equally and consistently. Selective application or any appearance of double standards not only fails to protect one category, but undermines the entire infrastructure created to protect all categories.

The case study of the toxic mutation of anti-Semitism enabled by systematic appropriation, weaponization and selective application of foundational principles, institutions and mechanisms of international law and human rights, expose and shed light on processes that undermine and collapse the foundations of democracies. It can serve to enhance vital understanding of the processes that enable and empower terror regimes and organizations committed to the destruction of democracies that identify and utilize their strengths as weaknesses. In a digital reality, the IHRA working definition of anti-Semitism is a critical resource, informing and enabling to identify and combat its current, mutated form, and empowering to predict, prepare and prevent real world violence and harm. As a first critical step needed to address rising real-world harm and compromised safety of Jews, for most of whom Zionism is an integral part of their identity, as well as non-Jews who identify as Zionists—it is imperative to add “Zionist” to the list of protected characteristics in existing hate speech policies, affording Zionists the very same treatment as any and every other protected characteristic.

Michal Cotler-Wunsh is a lawyer, research fellow and policy and strategy advisor on issues of immigration and integration, Israel-Diaspora relations, human rights and the fight against anti-Semitism. She served as a member of Israel’s 23rd Knesset, co-founding the International Bipartisan Task Force to Combat Online Antisemitism.

This article was originally given as testimony to the United States Congress’ Interparliamentary Task Force to Combat Online Antisemitism on Sept. 16, 2022.

The entire Sept. 16 hearing can be viewed below: