(April 24, 2018 / JNS) We are living in the most partisan moment in American politics in the past century, and the fallout has affected every segment of our society. This basic truth is the only way to understand the role that the Anti-Defamation League played during the debate over the nomination of CIA Director Mike Pompeo to be secretary of state. 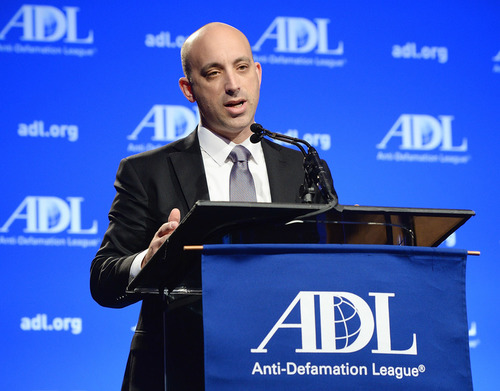 In less partisan times, presidents are generally given a great deal of leeway when it comes to choosing members of their cabinet. There are exceptions to that rule, but when such nominations run into trouble, it generally has to do with scandals that the White House failed to adequately address during the vetting process. That’s not the case with Pompeo. Despite having a glittering resume that includes West Point, a stint in Congress and his current post as CIA director, to which he was confirmed last year, he nearly had his nomination derailed in the Senate Foreign Relations Committee on a party-line vote. He will likely be narrowly confirmed by the full Senate with only a handful of votes from “red state” Democrats who are prepared to buck the partisan divide out of a desire save themselves from being defeated in the fall.

The blame for this poisonous atmosphere can be put on the unorthodox behavior of U.S. President Donald Trump, as well as the “resistance” to his administration. But it was particularly discouraging to see the ADL dive into an argument largely driven by the impulse of the liberal opposition to oppose anything Trump does or wants. The stand of a group that has its primary brief—monitoring and opposing anti-Semitism and supporting Israel—provided nonpartisan cover to the Democrats.

The excuse for the ADL’s position was their claim that Pompeo was an anti-Muslim bigot. As the leading Jewish civil-rights group, it would be on firm ground in opposing the elevation of any individual to high office on those grounds. The only problem was that the accusation was not merely false, but exposed the ADL to charges of hypocrisy.

The ADL’s indictment of Pompeo claimed that he has “demonstrated a consistent pattern of casting doubt in the minds of constituents about the trustworthiness of their Muslim neighbors.” Yet as I noted last month, this claim is false. Pompeo has made it clear that his argument was with radical Islamists, not ordinary, law-abiding Muslims living in America. When he called on American Muslims to condemn Islamist terror, such as the 2013 Boston Marathon bombing, he was doing nothing more than articulate a common-sense stand. The only way to defeat homegrown terrorists is for other Muslims to reject and isolate them.

The ADL pilloried Pompeo for his 2013 statement, which his opponents treat as a smoking gun revealing his prejudice. But as Sohrab Ahrami pointed out last week in Commentary magazine, Pompeo’s position is similar to statements by the ADL on the same subject. In 2010, the ADL had not only urged American Muslims to condemn terror, but chided groups that purport to represent them to do so as well, dismissing their efforts to “root out radicalization” as a “sham and a cover for anti-Semitism and extremism.” Far from being a “calumny” against Muslims, the ADL was right—and so was Pompeo to take these stands.

Most troubling about the ADL’s Islamophobia argument against Pompeo is that it echoes the criticisms of the Council on Islamic American Relations, better known as CAIR. The ADL has specifically slammed CAIR in the past for its equivocal stands on terrorism, pointing out that it began life as a front group for fundraisers for Hamas in the United States. Yet now it joins with them in attacking Pompeo.

More than mere hypocrisy, the ADL’s flip flop is troubling because it is now propping up the key aim of radical groups like CAIR, which is to propagate a narrative about a mythical post-9/11 backlash against Muslims. In that distortion of contemporary history, the main conclusion to be drawn from the Islamist war on the West is that it created an excuse for anti-Muslim bigotry.

This debate was made clear in the 2010 debate about whether to build an Islamic center and mosque on the site of one of the buildings destroyed in the attack on the World Trade Center. As I wrote then, the effort to build the center was an attempt to shift the discussion about an ongoing terrorist threat to the false claim that American Muslims had been the victims of a wave of oppression. That assertion is still widely believed and treated by much of the media as a fact even though nearly two decades of FBI hate-crime data and other studies based on statistics, as opposed to subjective anecdotes, have shown that the backlash is an urban legend. At that time, the ADL, under the leadership of its former longtime leader Abe Foxman, took the position that the center should be built elsewhere out of sensitivity to the victims and their families. The ADL took heat from some liberals for doing the right thing, but since former Clinton and Obama administration staffer Jonathan Greenblatt replaced Foxman in 2015, the group has taken a sharp left turn from its former centrism.

As it showed last year with its irresponsible attempt to blame Trump for an uptick in anti-Semitic incidents (though the bomb threats on Jewish Community Centers around the country that formed the basis for the accusation turned out to be the work of a deranged Israeli teenager, not an American neo-Nazi), Greenblatt’s ADL has lost its way.

The ADL’s willingness to join a Democratic attack on a decent man who is a firm friend of Israel and an outspoken opponent of anti-Semitism was a mistake. It showed that a group that still performs vital functions monitoring anti-Semitism and educating against bias has allowed itself to be embroiled in partisan debates it should shun. That’s a disgrace for the ADL and a real loss to American Jewry.

Jonathan S. Tobin is editor in chief of JNS — the Jewish News Syndicate. Follow him on Twitter at: @jonathans_tobin.