(September 9, 2022 / JNS) The people we choose to admire speaks volumes about ourselves. That’s true of individuals but perhaps even more so of societies. Perhaps the fact that so many people around the world seem to care so much about the death of Britain’s Queen Elizabeth II says something positive about humanity. Yet we should still worry about the way other types of role models are lauded in our popular culture and what that might mean for the future.

By that, I don’t refer to the late queen’s grandson’s wife, Meghan Markle, the Duchess of Sussex, who continues to preen and complain in interviews and cover stories of fashion magazines about the hardships of membership in the royal family while still cashing in the way her marriage turned her into an international celebrity. While the duchess is a big deal in her own way in tabloid culture, the person who seems to provide the greatest contrast to the queen also has a cover story in a current fashion magazine. And she is someone with far more influence on our society and politics: Rep. Alexandria Ocasio-Cortez (D-N.Y.).

Though an elected official, AOC seems to be the kind of crossover figure who bestrides the two worlds of celebrity and real-world affairs in a way not dissimilar to how the British monarch did for so long. And it is in her persona which simultaneously demands constant attention while decrying it and lecturing the world on its sins that makes her contemporary America’s own political princess of radical chic. While in some ways, her never-ending shtick about being a victim of the “patriarchy” is a carnival sideshow act or a tired stand-up act, it would be foolish to dismiss her.

With an adoring press and pop-culture outlets giving her the goddess treatment, she’s someone with a future in Democratic politics. She claims that the “misogyny” that truly governs America “will never let it happen” and speaks of her uncertainty about whether we’re worth all of her sacrifices. But AOC’s GQ interview with radical journalist and rising CBS news star Wesley Lowery makes it clear that dreams of the presidency are very much on her mind.

Rather than misogyny, it is her shrill socialism and whatever is left of the American people’s common sense that will hopefully keep her out of the White House. But it’s also fair to say that she’s already made a not inconsiderable impact on our political culture—and all of it for the worse—with the very real possibility of far more in the years to come. As such, her ability to command the kind of attention in both politics and culture as a role model says something that is as troubling as the queen’s enduring popularity was reassuring.

The queen, who died this week at the age of 96 after reigning for 70 years, had enormous prestige but no actual power in her country’s constitutional system where the monarch serves as a symbolic head of state while the government is run by the prime minister, cabinet and parliament. And yet by steadfastly doing her duty, maintaining her dignity with reserve and eventually learning to show the public some of her own humanity, she became one of the most admired people on the planet.

Part of that is the continuing hold the idea of monarchy has over so many of us, even if we rightly deplore any political system that upholds it. But the queen’s grace and determination to carry on no matter the circumstances understandably inspired enormous affection. The royal family plays an odd role as professional celebrities and cultural icons, cutting ribbons at mundane ceremonies and carrying out the rituals of British governance in formal costume, somewhat akin to characters in a theme park. Yet the queen kept whatever opinions she had about the issues of the day to herself and did her job loyally reading the speeches written for her by the government of the day, whether led by the Conservatives or Labour, while at the same time keeping up appearances and embodying the spirit of her country. That helps explain why the death of a figurehead of a former great power that is now anything but has transfixed the globe. 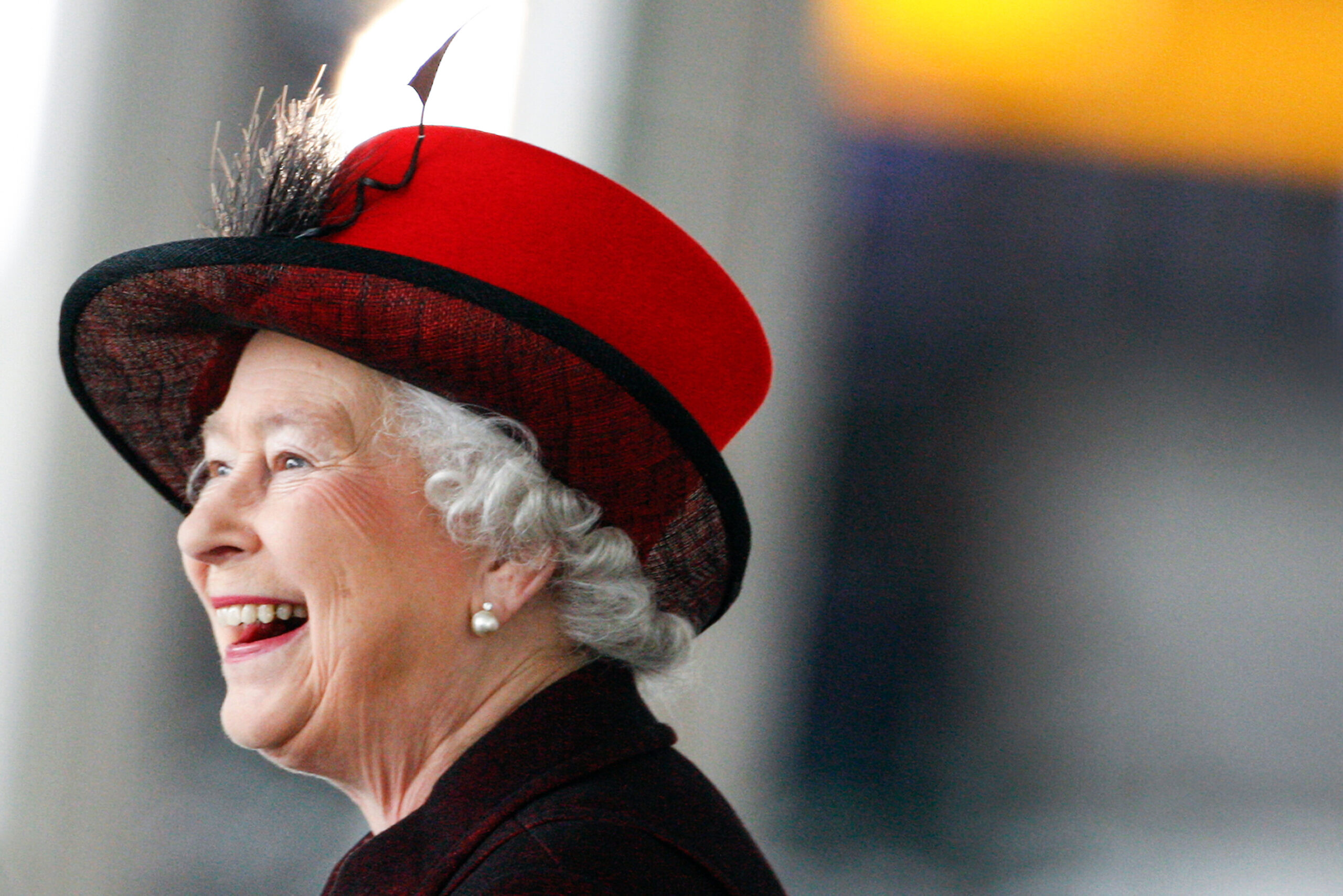 Of course, there are a few dissenters, including people who have ideological axes to grind about Britain’s imperial past. There are those who are using her death to raise gripes about British policies. One, in particular, is entirely justified. While the queen visited 120 different countries on state visits during her reign, including some in the Middle East, she never made time for Israel. Most of the responsibility for that long-standing boycott belongs to the British Foreign Office, long a bastion of anti-Zionism. And though the queen had an excellent relationship with the Jewish community of the United Kingdom, she probably could have insisted on adding a stop to Jerusalem in one of her trips but never did, leaving the impression that she was, like much of the ruling establishment of her country, innately hostile to the Jewish state. Yet that was never enough to deter her Jewish fans from continuing to view her with unstinting veneration.

Still, if you want to worry about a popular cultural figure who aspires to be the female role model of the 21st century, AOC is far more worthy of our attention than any of the other women—whether admirable or not—in the Royal Family.

One of the best things about the queen was her authenticity. Though she seemed to genuinely care about people, her unwillingness to pretend to have the common touch made her more rather than less popular. By contrast (and as the GQ profile illustrates), AOC is still marketing the myth that she was raised in a tough Bronx neighborhood. In fact, she is very much the child of the American upper-middle class. The daughter of an architect who moved to the suburbs when she was 5, she grew up in upscale Yorktown Heights in New York’s Westchester County, attended a private university and was an intern in the office of Sen. Ted Kennedy (D-Mass.). That makes her an example not of America’s racism and injustice, but of how in 21st-century America someone who identifies as Latino can be as privileged a character as anyone whose family came over on the Mayflower.

Like most would-be revolutionaries throughout history, she is a beneficiary of the system she seeks to destroy. And make no mistake about it, AOC’s target is the American constitutional system—with its troublesome checks and balances on would-be dictators and demagogues—and its modern economy, which she seeks to cut down to size to conform to the nightmare Marxist vision of the Green New Deal she has championed. But rather than simply taking pride in the disturbing way figures like President Joe Biden now mimic her radical ideas about climate and the economy, she whines in GQ that no one gives her enough credit for them.

As the founding member of the congressional “Squad” of leftist members of the U.S. House of Representatives, she also shares her comrades’ antipathy for Israel and Zionism. She regularly spouts smears of the Jewish state, and supports both the anti-Semitic BDS movement and efforts to cut U.S. aid to Israel. That such vicious stands don’t confine her to the fever swamps of American politics as they should is a more alarming sign of the mainstreaming of anti-Semitism in our times than the travel plans of British royalty.

Indeed, the normal rules of politics don’t apply to her. Her comments in the GQ article, in which she says she hesitated to get engaged to her fiancé (who is white) because she “wasn’t sure an interracial relationship was the right fit for her,” are outrageous in a country in which Gallup tells us that 94% of Americans approve of interracial marriage. Imagine the furor and condemnation if any Republican—whether white, black or Hispanic—said something similar.

That she should be feted as she is, appearing on network late-night comedy shows talking about her presidential ambitions and posing in outlandishly expensive fashion designs in Washington settings is appalling. That she does so while incessantly complaining bitterly of how mean her critics are to her and how hard it is to live such a life—something the queen, who spent her life living in a fishbowl that was far less private than AOC’s privileged life never did—is both insufferable and frightening.

If, as this week’s headlines suggest, we may never see another role model like Queen Elizabeth II, that is something that should—regardless of our opinions about monarchy or celebrity—make us uneasy. That ours is an age where the likes of AOC cannot only aspire to the greatest political power but do so while becoming a focus of some of the same pop-culture venues that once lauded more respectable figures should make us even more anxious about the future.