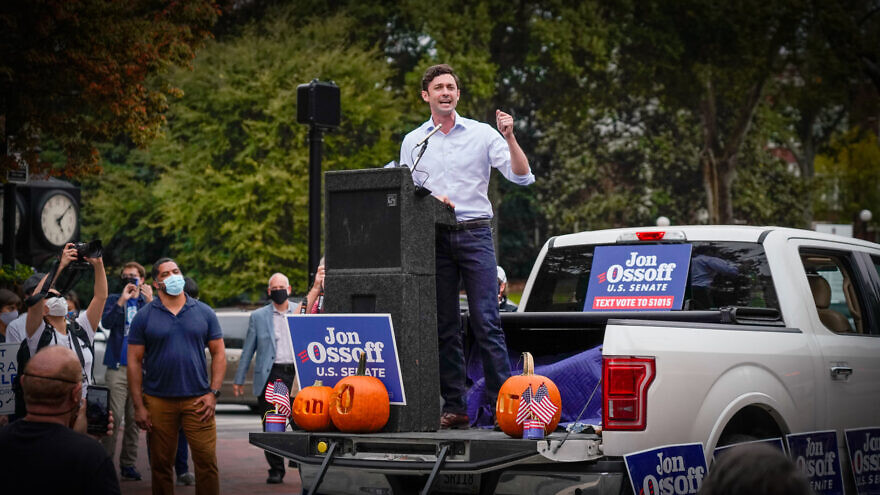 (January 6, 2021 / JNS) Democrat Jon Ossoff has defeated incumbent Republican Sen. David Perdue in one of the two U.S. Senate runoffs held in Georgia on Tuesday to determine which party would control the upper congressional chamber, media organizations projected on Wednesday.

With 98 percent of votes reporting and ballots from Democratic areas still expected, Ossoff won with 50.3 percent, while Perdue received 49.7 percent.

With his victory, Ossoff, 33, became the first Jewish person elected to the Senate from Georgia.

Along with Democrat Rev. Raphael Warnock’s win over Republican Sen. Kelly Loeffler in the other runoff, the Democrats will control the Senate in a 50-50 split. Any future tie-breaking votes would be cast by incoming U.S. Vice President Kamala Harris.

In addition to the Senate and White House, Democrats will also control the U.S. House of Representatives, though with a narrow majority.

The Tuesday runoffs happened in accordance with Georgia state law, as none of the candidates received more than 50 percent of the votes in the Nov. 3 elections.