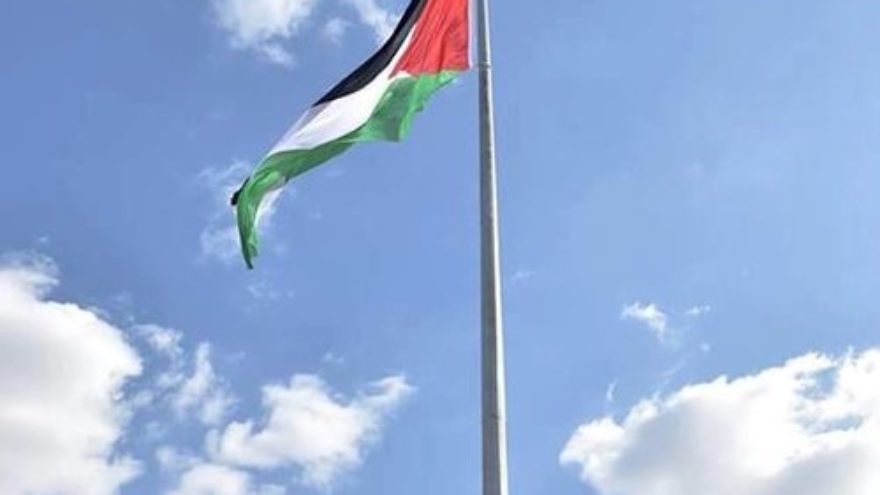 (June 19, 2022 / Israel Hayom) An Israeli flag at a memorial site to slain IDF soldiers in the Golan Heights was replaced by a Palestinian Authority flag over the weekend.

The site is located at the the entrance to Kibbutz Ein Zivan, and honors the 36th Division’s 134th Reconnaissance Battalion, who fought in the 1973 Yom Kippur.

After switching the flags, the vandals shared a video of swap on social media, angering Golan residents.

Amichai Zelliger, a resident of Moshav Yonatan, said he had arrived at the memorial Sunday morning to restore the Israeli flag to its rightful place, only to find that it had already been replaced.

“I arrived at 5:45 before work and I saw the army had already switched it out at night, so I planted another flag. It’s total defiance,” he said.

It was a Christian Arab officer, bothered by the sight of the Palestinian flag, who took it upon himself to replace it, Israel Hayom has learned.