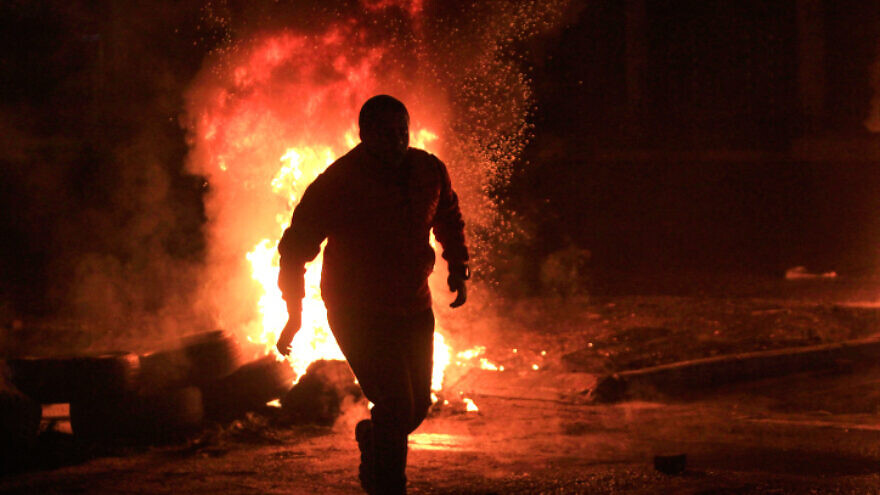 (December 22, 2022 / JNS) An armed clash between Palestinians and the Israel Defense Forces at Joseph’s Tomb in Nablus left one Palestinian killed overnight on Thursday.

Soldiers were there to secure the safety of Israeli civilians coming to pray at Joseph’s Tomb in Nablus.

“During the activity, armed Palestinians hurled explosive devices and fired towards the soldiers, endangering their lives. The soldiers responded with live fire. Hits were identified. No IDF injuries were reported,” said the army.

Palestinian media later identified the fatality as Ahmad Daraghma, describing him as a soccer player.

Separately, the IDF working with the Shin Bet intelligence agency and the Israel Police carried out raids across Judea and Samaria.

In November, one Palestinian was killed and several were wounded during a firefight in Nablus between Palestinian gunmen and Israeli security personnel guarding a delegation to Joseph’s Tomb that included several Israeli lawmakers.

Revered by Jews as the burial place of the biblical patriarch, Joseph’s Tomb, frequently a target of Arab violence, in April was once again vandalized by a Palestinian mob.