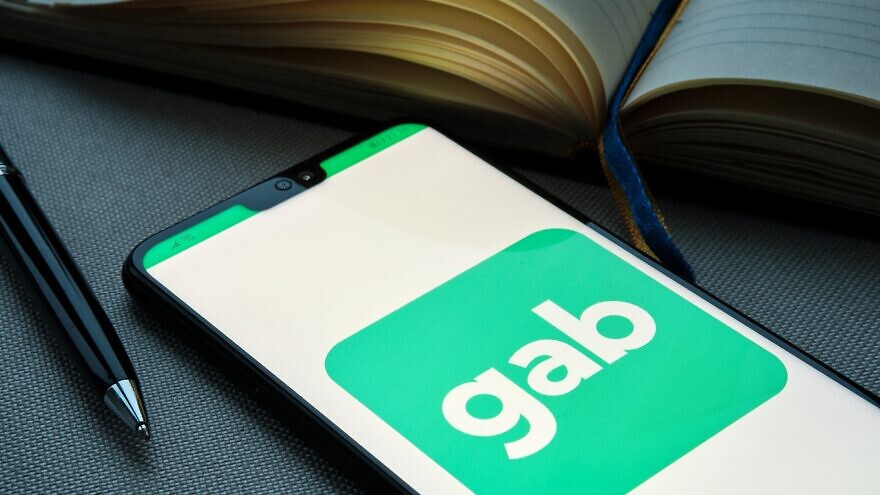 (July 27, 2022 / JNS) Pennsylvania’s Republican nominee for governor Doug Mastriano is under fire after the CEO of a company he used for advertising consulting said that Jews and non-Christians have no place in the conservative movement.

Andrew Torba’s company Gab—an American alt-tech microblogging and social-networking service known for its far-right user base—received $5,000 from Mastriano in April, according to campaign finance records at the Pennsylvania Secretary of State’s office.

A report in the Huffington Post claims that new users on the platform automatically get tagged to follow Mastriano.

Anti-Semitic and extremist leanings among users of Gab made headlines after 46-year-old Robert Gregory Bowers posted his aspirations to kill Jews on the site before shooting and killing 11 Jewish worshippers during Saturday-morning services at the Tree of Life*Or L’Simcha Synagogue on Oct. 27, 2018. (The Anti-Defamation League has said that Gab “has a long history as a haven for extremists, conspiracy theorists and misinformation … .”)

Mastriano, who was endorsed by former President Donald Trump and won the Pennsylvania GOP primary in May by a wide margin, also has a history of endorsing far-right conspiracy theories, including QAnon.

After his payment to Gab came to light, Torba defended the candidate and called on Christians to support his campaign.

“Doug has something that Josh Shapiro doesn’t: faith in Jesus Christ. That, my brothers and sisters, can move mountains,” wrote Torba on his site.

Mastriano has not been speaking to the media or publicly weighed in on the controversy. However, on Tuesday, he tweeted out a years-old photo of himself climbing Masada in Israel.

According to The Philadelphia Inquirer, Mastriano has some 38,000 followers on Gab, where he is an active poster. Still, calls for him to withdraw from the platform are coming from both Republican and Democratic corners.

“Jewish voters expect candidates to condemn anti-Semitism, whether it comes from the far left or the far right—and to shun those who espouse it,” Matt Brooks, executive director of the Republican Jewish Coalition told the Inquirer. “We strongly urge Doug Mastriano to end his association with Gab, a social network rightly seen by Jewish Americans as a cesspool of bigotry and anti-Semitism.”

‘We don’t want people who are Jewish’

Ten days later in a July 25 podcast reposted by Media Matters, Torba doubled down on his comments about Shapiro.

“Ben Shapiro is not welcome in the movement unless he repents and accepts Jesus Christ as his Lord and Savior,” he added.

Joel Griffith, chair of the Washington, D.C., chapter of Young Jewish Conservatives, took issue with Torba’s claim that Jews have no right to be in the movement.

“Our founders held an array of theological beliefs but shared a passionate commitment to the shared values of equality under the law, the freedom of conscience, the freedom of religion, free enterprise and limited government,” Griffith told JNS. “Denigrating visionaries such as Ben Shapiro as ‘great deceivers’ because they adhere to their traditional Jewish faith betrays our nation’s ideals. We will not be bullied into silence or invisibility either as citizens in the United States or as leaders in the conservative movement.”