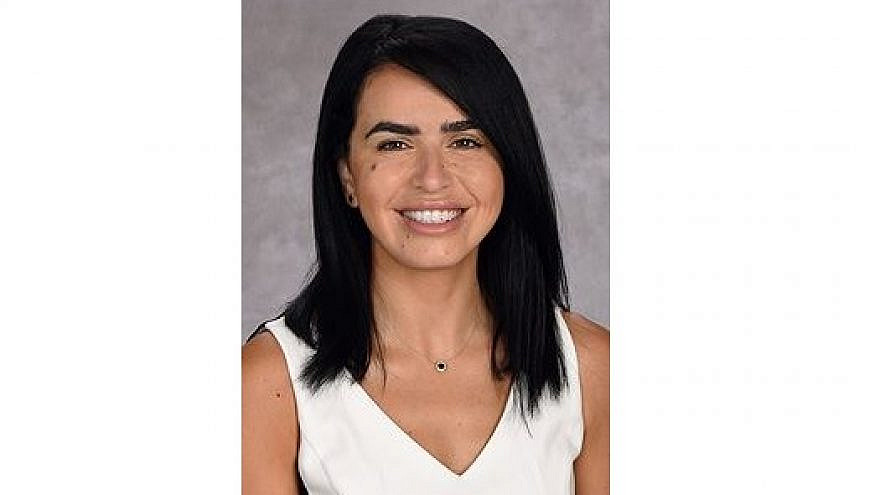 (June 24, 2021 / JNS) A doctor who worked in radiology at Phoenix Children’s Hospital in Arizona is no longer affiliated with the center after posting on social media that Israel was a state based on inhumanity and even cannibalism, reinventing one of the oldest anti-Semitic tropes.

“All children in the care of Phoenix Children’s receive hope, healing and the best possible health care, regardless of race, color, disability, religion, gender, gender identity, sexual orientation or national origin. After a thorough review of the facts related to this matter, this individual is no longer providing care at Phoenix Children’s,” the hospital said in a statement on Wednesday afternoon.

Stopantisemitism.org acknowledged the hospital for its swift action, posting on Twitter: “Thank you Phoenix Children’s for standing strongly against anti-Semitism and your quick handling of the matter!”

On May 26, Dr. Fidaa Wishah wrote a post saying, “We will uncover your thirst to kill our Palestinian children. … We sense your fear. The fear of your collapse. A state based on atrocity, inhumanity, racism and cannibalism never last long! Hey #israel … your end is coming sooner than you think.” 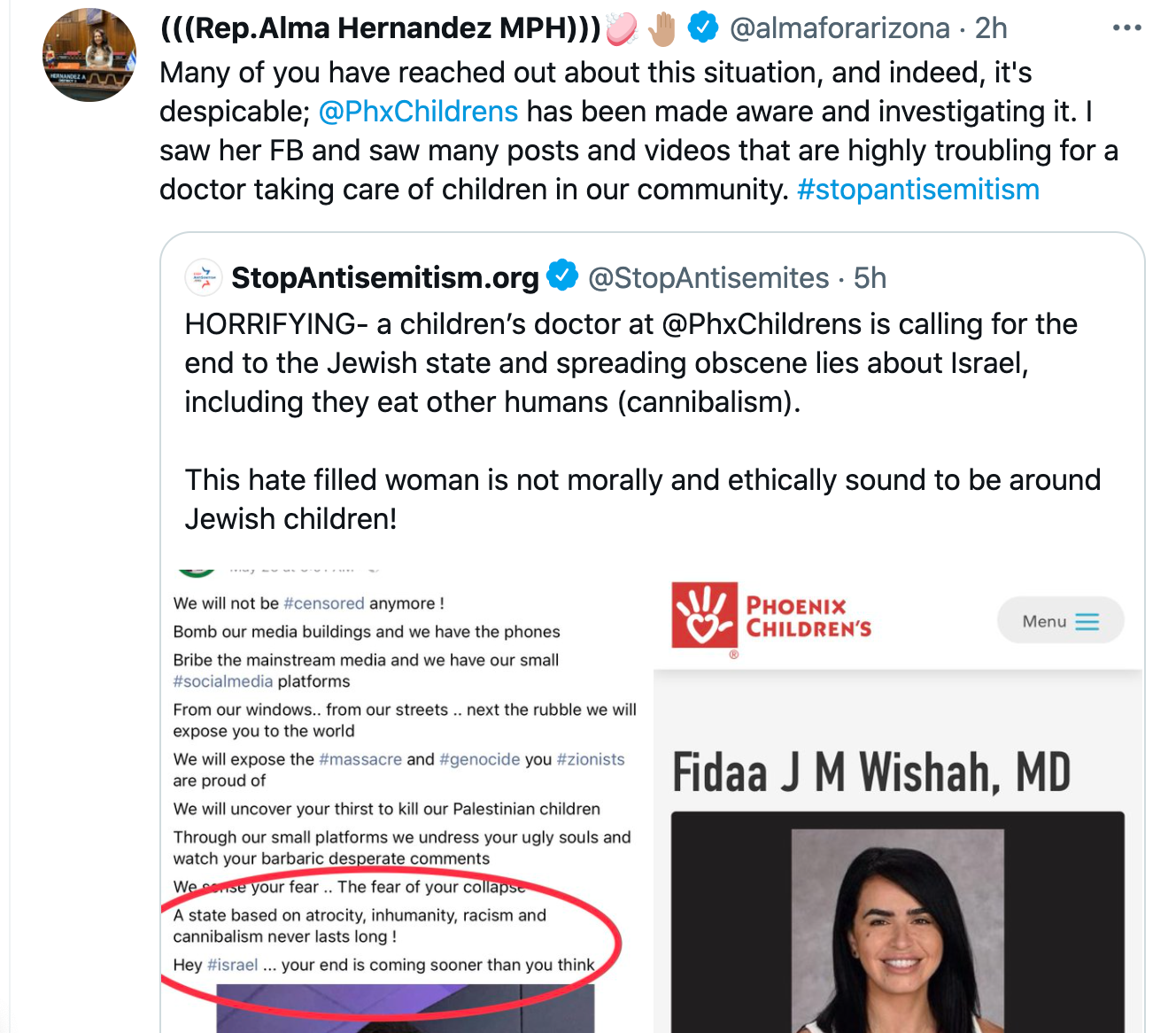 Her comments were not immediately seen by pro-Israel or Jewish advocates.

Once discovered, concern grew about her ability to treat Jewish children under her care. That concern was heightened when a blogger at Israellycool.com identified Wishah’s father as Jaber Wishah, who led the Popular Front for the Liberation of Palestine—a U.S.-designated terror group in the Gaza Strip—and who was convicted and sentenced by Israel to life in prison for attempting to kill a member of the Israel Defense Forces and planting a bomb. He was released in 1999 after serving 15 years.

Before the hospital made its announcement, Wishah had taken to social media to complain that she had been placed on leave pending an investigation because of a hashtag campaign and Instagram posts from “Zionists and Israelis who have concerns about me treating their kids differently,” and that she was being censored.