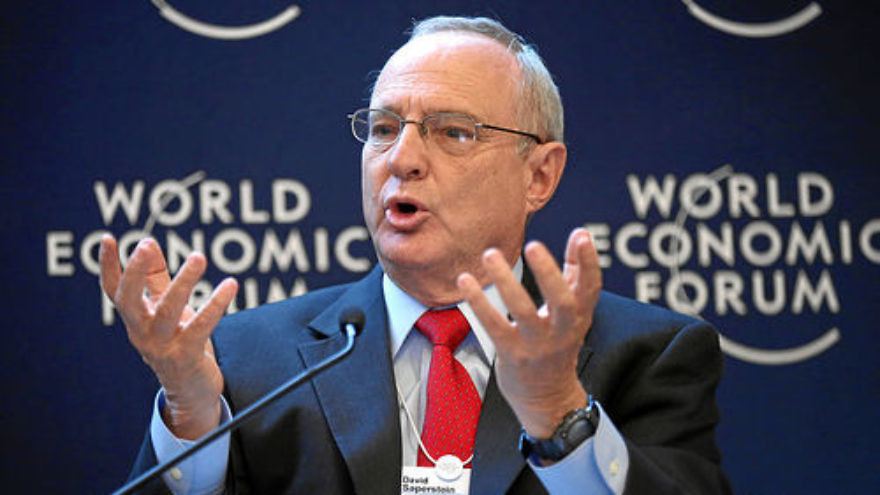 After being vacant for nearly a year, the role of America’s ambassador-at-large for international religious freedom will likely soon be occupied by Rabbi David Saperstein, director of the Religious Action Center of Reform Judaism. While his liberal political views sometimes put him at odds with conservative-leaning Jewish organizations, most observers feel Saperstein’s experience in the issues relevant to the religious freedom post make him a good fit.

Although he is “obviously on the liberal, progressive side of the political spectrum,” Saperstein “has excellent relationships across the religious spectrum both in terms of different religions and denominations but also in terms of from liberal to conservative in many faith communities,” Nathan Diament, executive director of public policy at the Orthodox Union (OU), told JNS.org.

President Barack Obama announced his nomination of Saperstein on July 28, saying he is “grateful that Rabbi Saperstein has chosen to dedicate his talent to serving the American people at this important time for our country.”

Saperstein, who in 2009 topped Newsweek magazine’s annual list of the 50 most influential rabbis in America, has been at the forefront of the Reform movement’s campaign for social justice. If his nomination is confirmed by the U.S. Senate, Saperstein would head of the State Department’s Office of International Religious Freedom, which was created by the aforementioned International Religious Freedom Act. That legislation was designed to combat growing religious persecution around the world, with the ambassador’s role being to promote religious freedom, monitor violations of that freedom, and hold violators accountable.

The ambassador is also the principal adviser to the president in religious freedom matters and can make recommendations on U.S. policy toward nations violating the right to freedom of religion, belief, and practice. The ambassador can propose changes in countries’ level of foreign aid from the U.S. and the extent of bilateral economic cooperation, as well as sanctions, although any such recommendation is subject to presidential waiver.

The OU’s Diament said his organization has disagreed with Saperstein on issues relating to the Establishment Clause of the First Amendment, in the fight over what constitutes too close of a relationship between the federal government and a religion, but has rarely disagreed with him on religious freedom issues.

Saperstein and Diament both served on the president’s faith advisory council and “in many of those discussions, [Saperstein] and I were on the same page,” said Diament.

Daniel Mariaschin, executive vice president of B’nai B’rith International, called the nomination an “outstanding choice” and noted the decades during which he has witnessed Saperstein’s work on religious freedom.

“I think David got nominated to this position because of his experience, his expertise, his caring, his sensitivity to these issues, and his being able to speak out,” Mariaschin said. “The commendatory part of this here is that someone who was so deserving and who can do so much good, has been nominated for the position. David is very well connected internationally and his reputation, his writings, his speaking—all of those things are known in so much of the world in which we operate and we’re going to operate, so I think that’s a big plus.”

There have only been three others—all Christians—who have held the religious freedom post so far. Although the position had broad bipartisan support on Capitol Hill when it was created, it was not initially supported by the State Department and still lags on the priority list compared to other ambassadorships, explained Robert Seiple, the first person to fill the role.

“The State Department’s concern was, ’Look, we have these bilateral relationships that are complex at best and now you’re going to throw in this huge new issues of religions,’” Seiple told JNS.org. “Well, 95 percent of the world’s problems today take place at the intersection of politics and religion, so the State Department very definitely has to understand this issues.”

Seiple said he has been close to Saperstein and considers him his favorite rabbi. When he held the religious freedom ambassadorship, he joined Saperstein on a trip to Africa and Europe. Based on their interactions, Seiple said Saperstein is the right choice for the job and that his experience could help raise the position’s profile and effectiveness.

“He understands Washington,” Seiple said. “He’s not intimidated by it. He understands the [religious freedom] issue and can articulate it. He’s a listener, which will make him a good negotiator when tough issues have to be confronted in other countries. He’s not a grandstander, he can work quietly behind the scenes, but he’s very effective. And I think in terms of his moral courage and the ethical dimension of the man, he’s the gold standard.”

Nevertheless, Seiple believes the task Saperstein faces appears more daunting than ever in a post-9/11 world made more unpredictable by the Arab Spring and the increased strength of Russian President Vladimir Putin. American influence has also declined in much of the world, making it harder for the U.S. religious freedom ambassador to be persuasive, according to Seiple.

“When I was [in the position], I think the U.S. flag had a lot more power and commanded a lot more respect,” he said. “So in that sense, it’s going to be a little bit harder today. The world is a lot more dangerous today than it was when I was there.”

B’nai B’rith’s Mariaschin said a new religious freedom ambassador “is going to be welcomed in a lot of places, and in those places where religious freedom is being abridged, they should know that they’re going to have in our [ambassador] someone who is keeping a very close eye on what they’re doing.” In particular, Mariaschin noted the proliferation of violence against Christians at the hands of the Islamic State of Iraq and Greater Syria terrorist group, as well as religious persecution in Africa, South Asia, and Iran.

“There are many [instances of religious persecution], it’s almost as if you don’t know where to start, and unfortunately the list is long and it is growing longer,” he said.

Seiple’s advice to Saperstein would be to limit his list of goals to around two or three. What can “sink you pretty quickly” is having an unmanageable “12-item agenda” like Secretary of State John Kerry, he said.

“So, find a few things that you want to change during the time that you’re there—it may only be [an agenda for] two years, and what you think you can change realistically during that time, and go for it,” said Seiple.

The U.S. has worked more than two centuries “to get to its present level of imperfection,” and “shouldn’t expect other countries to do it in a five-year program,” said the former ambassador.

“So again, be humble,” Seiple advised Saperstein. “[Americans] don’t have the clout we once did. It’s unfortunate, but we just don’t. At the same time, be aggressive in the things that put us on the right side of history.”