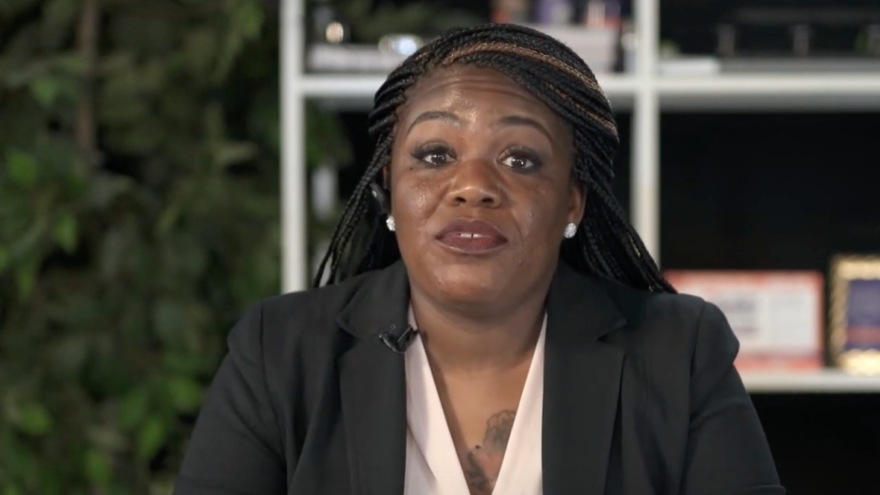 In a now deleted foreign-policy section of her campaign website, Bush’s stance on Israel read: “In our current geopolitical economy, money talks far louder than speech alone. This is why nonviolent actions like the BDS movement are so important—and why the effort to mischaracterize and demonize the BDS movement by its opponents is so urgent.”

“I stand by the right of Palestinians to live as a free people just as the people of Israel and we as U.S. citizens are allowed to do,” stated the page. “We also stand by their right to call for a boycott on goods and services that the government that is currently oppressing them profits from, in order to draw attention to their plight.”

In mailers from the Clay campaign, one shows Bush pictured with former Women’s March leader Linda Sarsour, who is known for her support of BDS and has been accused of spreading anti-Semitism. Captions read “Cori Bush has an anti-Israel agenda” and “Cori Bush stands with BDS … And BDS stands with her!”

Another mailer shows a side-by-side comparison of Bush and Clay as it pertains to BDS.

One side reads “Cori Bush stands with BDS” with bullet points that state that BDS seeks to “isolate, delegitimize and end Israel as the national homeland of the Jewish People,” “is supported by Linda Sarsour, an anti-Israel activist and a leader of the BDS Movement in the United States” and “supports ending U.S. military assistance and security cooperation with the State of Israel.” It also states that Bush “failed to condemn anti-Semitic comments by her fellow staffers while working as a surrogate for Senator Bernie Sanders’ presidential campaign.”

The other side of the mailer shows Clay’s support for Israel, including supporting a U.S. House of Representatives resolution last year condemning BDS, backing U.S. assistance for Israel and supporting U.S. sanctions on Iran “because of Tehran’s funding and support for terrorist groups around the world that target the United States, Israel and our Middle East allies.”

scoop, possibly: here’s where Rep. Lacy Clay has decided to take the campaign in its final days facing a challenge from progressive activist Cori Bush pic.twitter.com/vHXLbosLhw

Jones beat Tlaib once in a special election and came within a few hundred votes of defeating her in the 2018 Democratic primary. She has criticized Tlaib, who has a high-profile nationally, for neglecting her district to focus on other concerns.

Tlaib has also been accused of peddling an anti-Israel and anti-Semitic agenda.