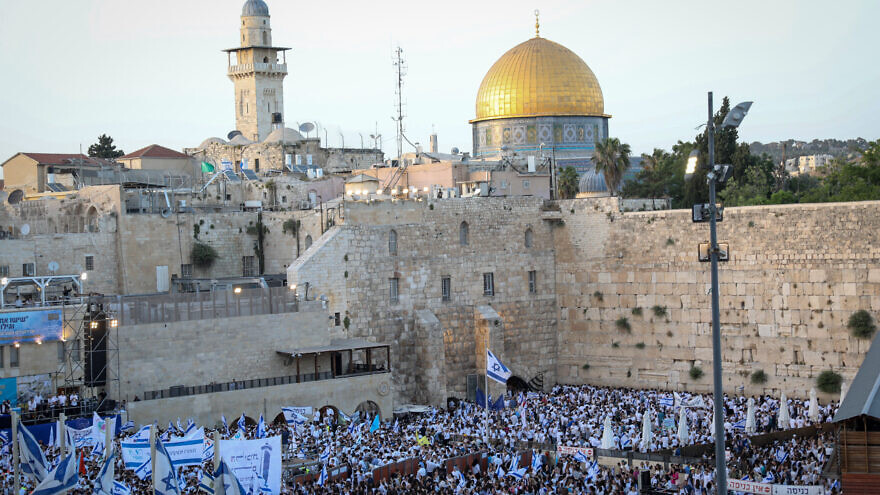 (December 23, 2021 / JNS) The secretary-general of Israel’s Ra’am (United Arab List) Party on Monday praised “security prisoners” for fighting the “occupation,” asserted that the Temple Mount and Western Wall belong exclusively to Muslims and called for Jewish communities in Judea and Samaria to be erased.

Ibrahim Hijazi made the remarks during in an interview that aired on the the Nazareth-based Kul al-Arab news station, just one day prior to Ra’am head Mansour Abbas’s declaration that Israel will remain a Jewish state. The interview was translated and first reported on by the Arab desk of Israeli NGO Im Tirtzu.

Hijazi stated that “the one who makes decision on large matters, nationalistic and ideological, is not Ibrahim [Hijazi] or Mansour [Abbas]—it’s the Ra’am platform.”

“Our position is firm,” continued Hijazi. “The blessed Al-Aqsa Mosque and every grain of dirt in it, its plazas, its domes, its walls and the Buraq Wall [Western Wall] all belong to Islam and no one can step foot there.”

Regarding terrorists imprisoned in Israel, he said: “Why are the security prisoners in Israeli prison? They defended their land. The security prisoner has a problem with the state, or with a police officer, a prison guard or the army. He has a problem with the state that is occupying its land. In every matter regarding the prisoners—by the way, there are old prisoners, sick prisoners, child prisoners, sick prisoners [sic] and women. What’s with them? What are they still doing in prison? I know how to do my job in order to make a serious contribution regarding this matter. This is a serious matter in which a security prisoner fought and sacrificed.”

It is the Jews living in Judea and Samaria, he said, who are “perpetrating terrorism against our Palestinian brethren,” adding, “Our stance on this is clear: The settlements will be erased, either sooner or later.”

Hijazi also asserted that the Arabs, not Jews, are indigenous to the land.

“The difference between us and them [Jews] is that we are the natives here. I didn’t come from anywhere else. Palestinian Arabs didn’t fall here from the sky,” he said.