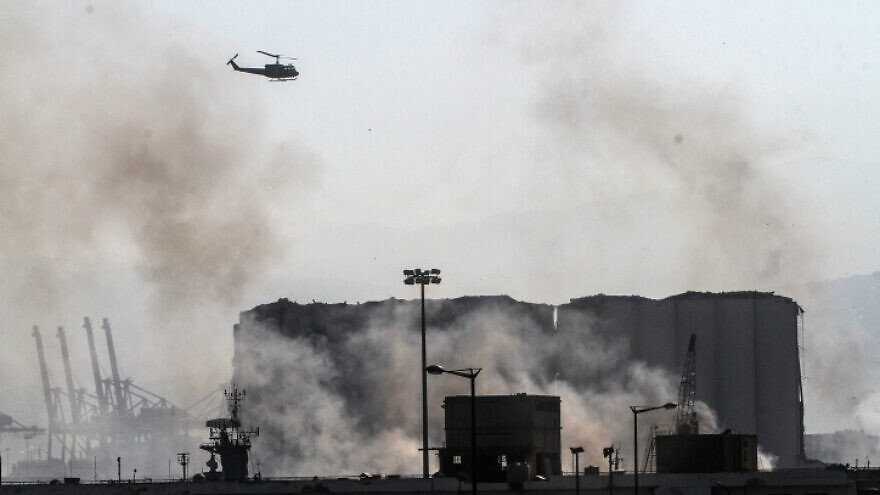 (August 11, 2020 / JNS) Lebanese security officials warned the country’s prime minister and president just last month that the 2,750 tons of ammonium nitrate stored in Beirut’s port could potentially destroy the city, according to Reuters.

The detonation of the ammonium nitrate on Aug. 4 killed at least 163 people, injured 6,000 and left 300,000 homeless, according to municipal authorities.

A report by Lebanon’s General Directorate of State Security on the events leading up to the disaster referred to a private letter sent to Lebanese President Michel Aoun and Prime Minister Hassan Diab on July 20, according to Reuters.

Reuters stated in its report that while it had not seen the letter, according to a senior Lebanese security official it summarized the findings from a judicial investigation that started in January and that found that the chemicals needed to be immediately secured.

“There was a danger that this material, if stolen, could be used in a terrorist attack. At the end of the investigation, Prosecutor General (Ghassan) Oweidat prepared a final report which was sent to the authorities,” the official told Reuters.

“I warned them that this could destroy Beirut if it exploded,” said the official, who was involved in writing the letter.