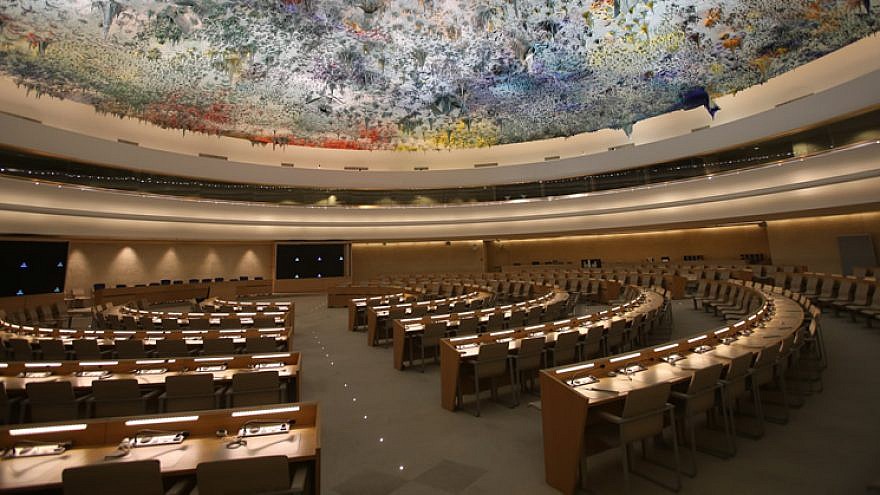 (September 6, 2022 / JNS) The U.N. agency responsible for assisting refugees globally has accepted $50 million in donations from a U.S.-designated terror organization, according to a report from a pro-Israel advocacy group.

The Union of Good is a Saudi Arabia-based umbrella organization consisting of more than 50 Islamic charities and funds. It is designated by the U.S. Office of Foreign Assets Control as a Specially Designated Global Terrorist group, which allows the United States to block the assets of foreign individuals and entities that commit, or pose a significant risk of committing, acts of terrorism.

The international nonprofit Israel-education organization StandWithUs recently uncovered that member charities of the Union of Good fundraising organization, designated by the U.S. Department of the Treasury in 2008 for supporting terrorism, have channeled the money to the U.N. High Commissioner for Refugees.

Since 2012, the UNHCR has accepted approximately $49 million from the Qatar Charity, along with another $4.75 million from the Eid Charity over the last two years. Eid Charity founder Abdul Rahman Al Nuaimi has been designated as a terrorist by the United States, the European Union, the United Kingdom and the U.N. Security Council for his support of Al-Qaeda and its affiliates in Syria, Iraq, Somalia and Yemen.

“While such money has seemingly been used to help refugees, a humanitarian institution accepting funds from groups tied to terrorism is deeply disturbing,” writes StandWithUs director of policy education Jordan Cope. “The U.N. and the UNHCR are exposing themselves to dangerous influences and potentially legitimizing an internationally-recognized terrorist organization.”

According to Treasury, “the Union of Good’s executive leadership and board of directors includes Hamas leaders, Specially Designated Global Terrorists (SDGTs), and other terrorist supporters.” Treasury claims that the Union of Good has brokered several organizations and charities previously designated as terrorist entities for providing support to Hamas and Hamas-affiliated organizations in Judea and Samaria and Gaza.

“The United Nations was founded to put an end to the scourge of war and protect fundamental human rights. The High Commissioner for Refugees, Filippo Grandi, must ensure that his agency upholds these values,” Hillel Neuer, executive director of UN Watch, an independent human rights organization based in Geneva, told JNS.

One of the Union of Good’s founding members, Yusuf Al-Qaradawi, has been banned from entering the United States, France and the United Kingdom.

Union of Good board member Abd al-Majid al-Zindani is also a U.S.-designated terrorist, supportive of Hamas and Al-Qaeda.

“We call on Mr. Grandi to clarify whether the U.N. Refugee Agency has taken any money from groups that fund radical Islamist ideology or even directly support terrorism. If so, he should apologize to victims of terrorism for legitimizing these groups, investigate the failure to vet such donors and ensure that processes are in place to prevent this from ever happening again,” insisted Neuer.

The report shows open praise by UNHCR leadership for the Qatar Charity, an affiliate of the Union of Good, which is banned by multiple Middle Eastern countries for financially supporting the Hamas and the Palestinian Islamic Jihad terror organizations in the Gaza Strip.

“The context is that Qatar gave safe haven to the Taliban leadership and helped them take over Afghanistan, and has given billions of dollars to Hamas, Muslim Brotherhood affiliates and armed Islamists throughout the region,” said Neuer. “UNHCR cannot claim to be a humanitarian agency if it legitimizes Qatar-controlled groups that fuel extremism and terror.”