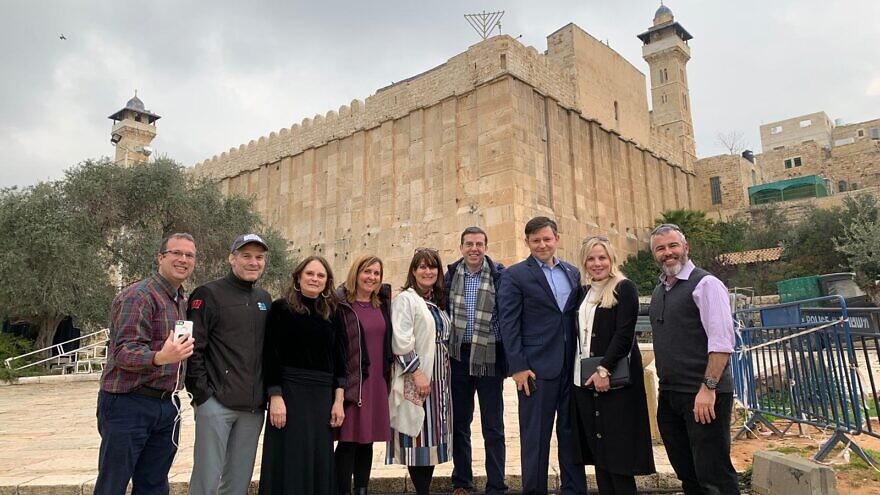 (February 18, 2020 / JNS) Two U.S. Republican House members visited historic and strategic sites in Judea and Samaria days after the creation of a special “deal of the century” committee to begin mapping out Israeli application of sovereignty in the disputed region.

Reps. Jim Jordan (R-Ohio), formerly head of the House Freedom Caucus, was joined by Rep. Mike Johnson (R-La.), a member of the Judiciary Committee and head of the Republican Study Committee, and their wives toured Israel this week on a trip organized by the Yes! Israel Project, an organization that introduces political and business leaders to places often avoided by mainstream American Jewish organizations.

In July, Jordan tweeted in favor of a House resolution condemning BDS, saying “Israel is America’s closest ally and great friend. But radical left members of Congress are trying to take down a resolution in support of Israel.”

In January, Johnson tweeted an article about the impending publication of the Mideast peace proposal, adding the psalm to “Pray for the peace of Jerusalem.”

During the trip, Johnson also expressed support for Jewish sovereignty in Judea and Samaria.

“I support the Trump [Mideast] deal that recognizes the Jewish connection to your homeland,” he told JNS. “It is important for Israel to apply sovereignty to these lands as soon as possible. We have reservations about the so-called ‘two-state solution’ that would establish a Palestinian state.” 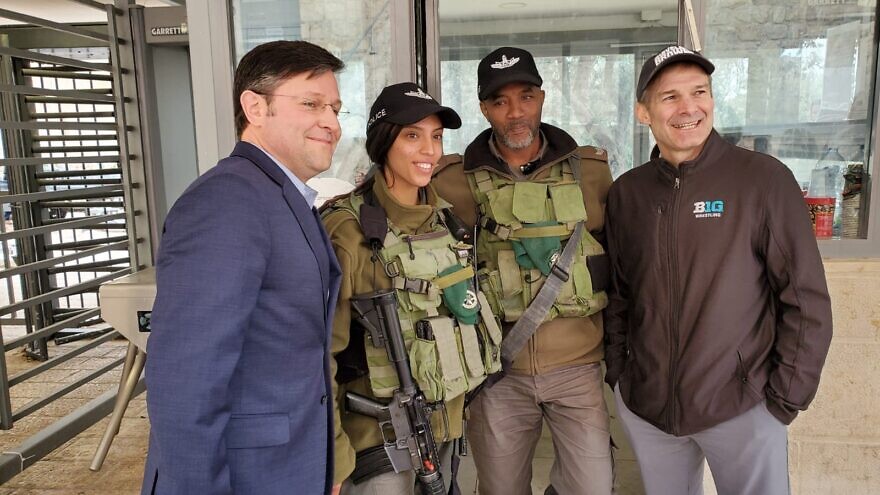 From the Temple Mount to the Judean Hills

The congressmen began their tour on the “Heritage Trail” in Beersheva on Monday, where they learned about the biblical Abraham and the ties of the Jewish people to the Land of Israel. They then traveled to Maon Farm in the southern Hebron hills, and then to the Tomb of the Patriarchs and Matriarchs in Hebron.

The legislators met with Hillel Horowitz, mayor of the Jewish community of Hebron, who emphasized that Hebron should be included on any final-status maps of Israel, and that the main artery of Judea and Samaria (Route 60) not be cut off. He also asked them to encourage American tourism to biblical heritage sites in the region.

And he also used the opportunity to warn about the dangers of a Palestinian state. In fact, the Hebron visit took place just hours after a Palestinian terrorist was filmed attempting to stab an Israel Defense Forces’ soldier guarding the entrance of the Tomb. In the video, the men are seen struggling in hand-to-hand combat as the terrorist makes repeated efforts to stab the officer before being subdued.

Afterwards, the congressmen were invited to a panel discussion on the implications of the Mideast peace plan at the Oz v’Gaon nature reserve in Gush Etzion. At a lookout name for Ari Fuld, a 45-year-old Israeli American who was stabbed to death by a Palestinian terrorist in September 2018, Gush Etzion Regional Council head Shlomo Ne’eman said that a “great aspect of this plan is that, for the first time, an American administration has crafted a plan where no Jews will be displaced, and that America recognizes that this is the Land of the Jews.”

On Tuesday morning, the congressmen were given a tour on the Temple Mount in Jerusalem by former Israeli Likud Knesset member Yehuda Glick.

(Some time after the congressmen left, Glick was arrested by the Israel Police. Initial reports stated that he was charged with “walking too slowly,” though police subsequently issued a statement saying he had left and then re-entered the Temple Mount “against the rules,” and had failed to heed police orders, leading them to handcuff and arrest him.)

Jordan and Johnson then traveled to Samaria, where they visited Ariel University, the site of the tabernacle in Shiloh, the Barkan industrial center and the Psagot winery.

Before concluding their trip, the congressmen meet with several high-profile Israeli leaders.

“The highlight for me was being in the Judean Hills,” Johnson told JNS. “There are no big monuments there, but that is what makes it special. The future King David is walking around there.”