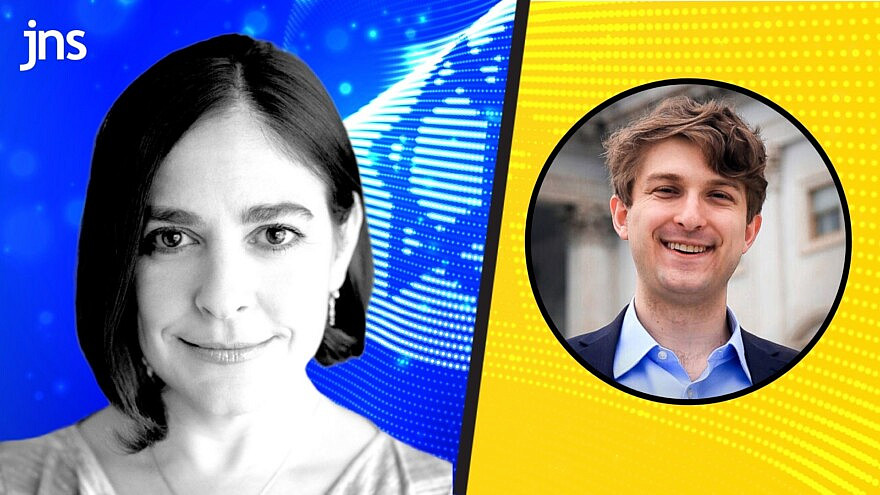 (July 5, 2022 / JNS) In this week’s “Mideast News Hour,” Caroline Glick hosts Matthew Foldi, a 25-year-old candidate in the Republican primaries for Maryland’s 6th Congressional district, to discuss his plans for fighting anti-Semitism and other diseases of the Biden administration.

Glick and Foldi discuss how Congress can combat rising anti-Semitism on university campuses and throughout the United States, particularly in progressive enclaves. They also talk about how Foldi’s experience as an investigative reporter and as a student activist fighting the BDS movement will serve him as a member of Congress.

If elected, Foldi will be charged with protecting the civil rights of Jews and of all groups that find themselves beyond the bounds of progressive politics. He will also have to fight the increasingly endemic corruption of senior members of the Biden administration.

Glick charged that anti-Israel groups on campuses use free speech rights as the justification for
harassing Jewish students.

Foldi explained how the Biden administration has undermined the U.S. economy, and what Congress can do to prevent the administration from causing more harm. He said that would be first and foremost blocking the additional $1 trillion the administration plans to spend on another “Build Back Better” boondoggle.

They discussed the anti-Americanism of the progressive camp in and out of politics that actively subverts U.S. society at home and America’s position abroad. Anti-Semitism, Foldi explained, plays a central role in the configuration of Biden’s foreign policy, whether in relation to the Palestinians, Iran or even Russia.

“At the highest level, some of the appointees support anti-Semitism,” Foldi claimed.

He added that “Corey Hinderstein is someone who the Biden administration nominated, who claimed that Iran is not pursuing nuclear weapons.”

‘This race is incredibly winnable’

Finally, Glick and Foldi conclude the show with a discussion of split Congressional districts, like his own, which require Republicans and Democrats to work together. They explain how these districts will play a key role in diminishing the polarization between the two sides of the spectrum. They could also help renew the American dream.

Maryland was the first state where Republicans won a court battle over redistricting.

“A democratic judge overturned Maryland Democrats’ map as being one of the most overtly racial and partisan gerrymanders they’ve ever seen,” explained Foldi, adding that now, “this race is incredibly winnable.”