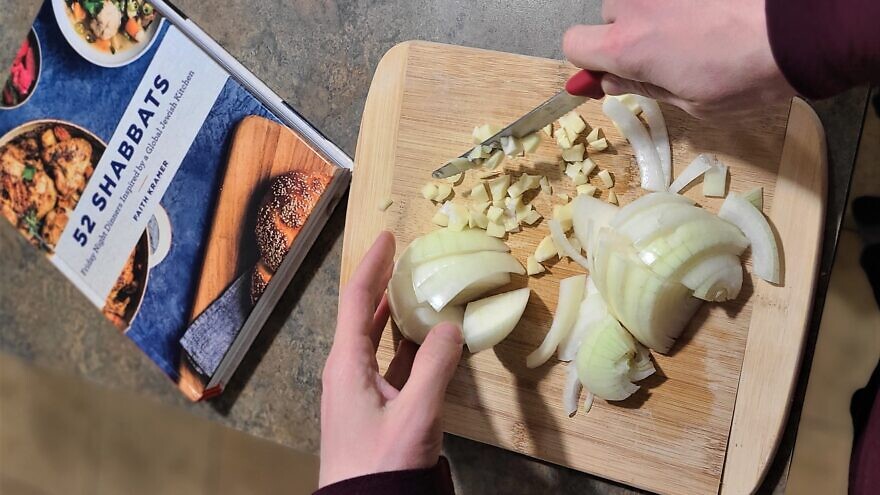 (February 23, 2022 / JNS) While Shabbat comes every week and never ceases to bring Jewish families rest across the globe, it’s always exciting to be told that Friday nights could gain a new spice and flavor. This is what 52 Shabbats by Faith Kramer promises to do with Friday-night dinners inspired by food from the global Jewish Diaspora.

The cookbook begins with recipes for Rosh Hashanah—the Jewish New Year—that “are drawn from ingredients and techniques from around the Jewish world.” Yes, the holiday was six months ago, but the book only arrived in stores in January.

Jewish law about Shabbat meals is for the most part straightforward: Make foods that you enjoy. With the abundance of Jewish cookbooks over the last decade and even several Jewish weeklies boasting their own weekly recipe inserts, Jewish food has morphed to be much more varied. In the latest popular cookbook by Artscroll, Peas Love & Carrots, you won’t find classic gefilte fish; in it are recipes for salmon, whitefish, halibut and fresh tuna.

52 Shabbats promises more than just a good meal; it is also a Jewish journey of sorts. Kramer, who is a columnist for J., the Jewish News of Northern California, takes familiar foods and adds a new twist or flavor. Her Ethiopian-spiced pot roast uses a mix of chili peppers, cumin, cardamom, ginger and fenugreek—the Ethiopian spice known as berbere—added to her mother’s basic meat-based dish.

After the recipe, and instructions, we learn that in Ethiopia, honeyed mead, or beer, was used instead of wine for kiddush, “and a special blessing was said before eating dabo, small round yeasted wheat rolls cooked in a round pan and served on Shabbat instead of injera, the flatbread traditionally eaten with most meals.” 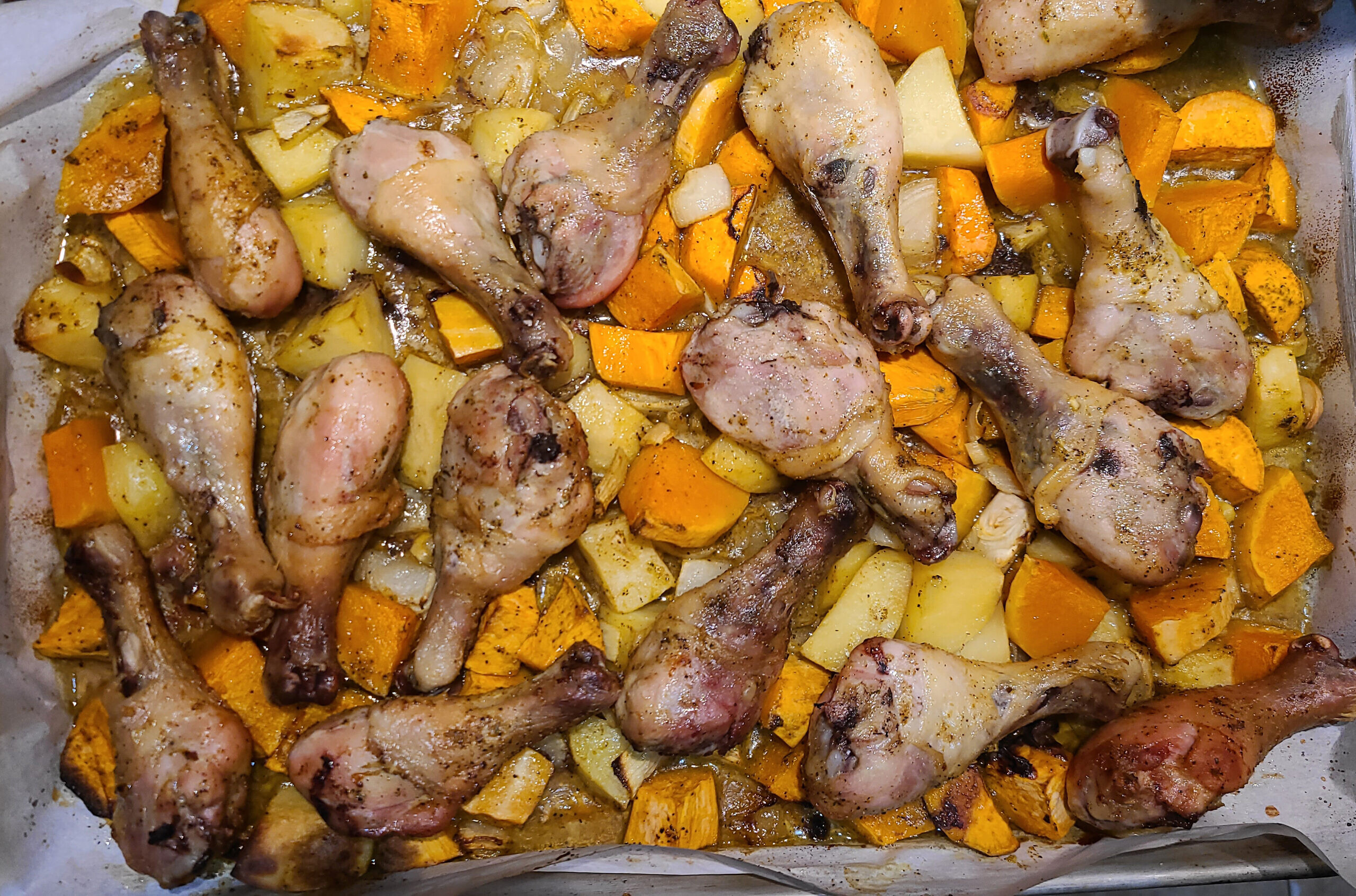 A recipe for spicy beef-and-lamb burgers, based on the Adana kebabs eaten in Turkey, among other countries (“you can cut back on the hot pepper for a tamer version”), is followed by a short history of Jews in Turkey. It tells us that the food there is a mix of various traditions, such as stuffed vegetables, cheese and grain fillings wrapped in dough or vegetable leaves.

In fact, try the spice rub on chicken or root vegetables. While it may seem pretty straightforward, the recipe offers some extra zest to the meal.

Speaking of chicken, as the author notes, these days “probably no food seems as quintessentially Jewish as chicken.”

Kramer writes that this tradition was prompted in the 15th century when many families began raising their own flocks for eggs. “The wealthy could afford to serve chicken on Shabbat,” she notes. “The poor might eat chicken only when a hen was too old to lay eggs.”

This foodie-based read, along with its nuggets of history, also makes it a conversational tool for the weekly meal. Note, though, that many of these dishes take extra planning to find the ingredients and spices, so do your reading before you invite a house full of guests.

But perhaps that’s just what is needed right now—a little creativity and forethought to make Shabbat dinners more interesting. After all, who couldn’t spice up their weekly routine? 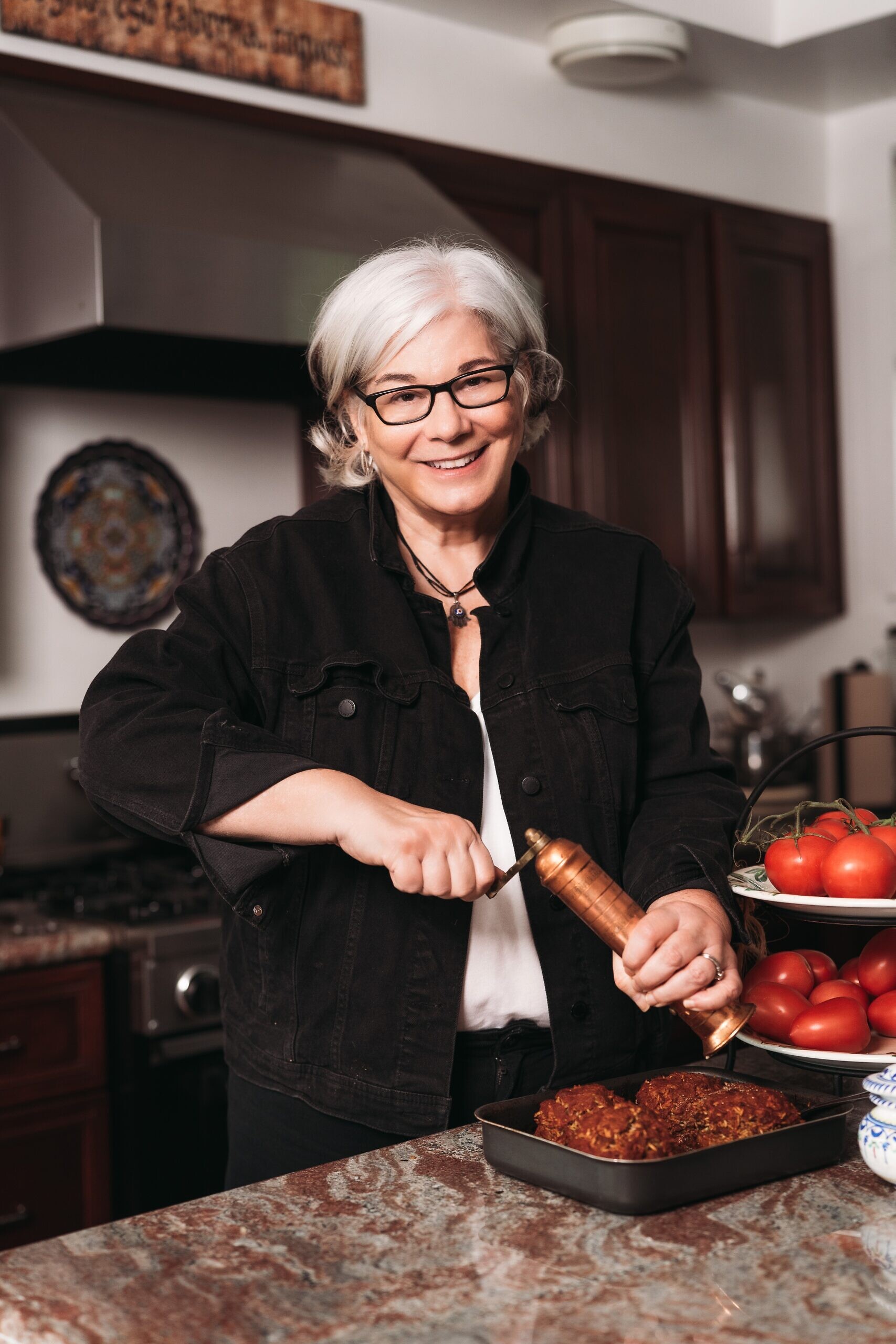 Faith Kramer, author of “52 Shabbats.” Credit: Courtesy.
Republish this article in your newspaper or website