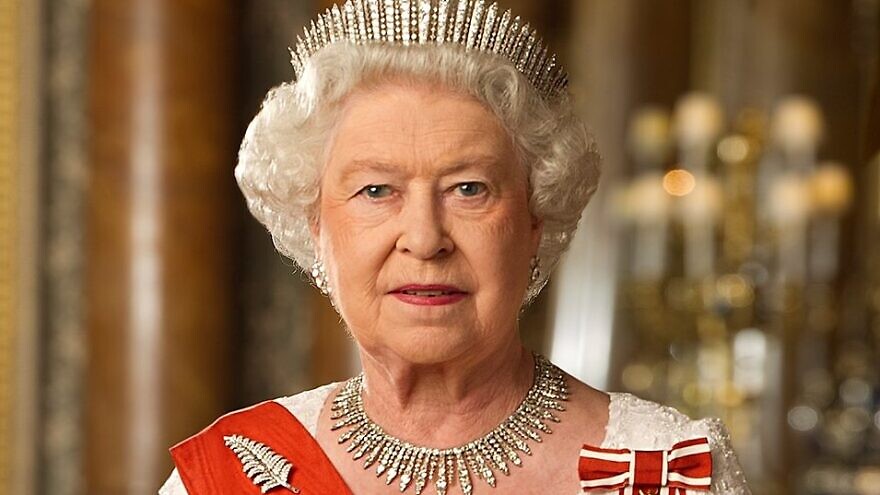 (September 8, 2022 / JNS) Chief Rabbi of the United Kingdom Ephraim Mirvis released a prayer that he suggested British Jews recite this Shabbat for Queen Elizabeth II, following the news of her passing.

“We, the members of this holy congregation together with all the communities of the United Hebrew Congregations of the Commonwealth, deeply mourn the passing of our Sovereign Lady Queen Elizabeth II, who has gone to her eternal rest,” the prayer begins.

“In an age of profound change, she signified order and justice; and in times of tension, she offered generosity of spirits,” it continues. “A defender of faith with an unfailing sense of duty, she was a steadfast guardian of liberty, a symbol of unity and a champion of justice in all the lands of her dominion. Clothed in strength and dignity, she spoke with wisdom and the law of kindness was on her tongue. She watched over the ways of her nation and never ate the bread of idleness.”

The full text of the chief rabbi’s prayer is below.

“…grant Her Majesty Queen Elizabeth II perfect rest for evermore under the protective cover of your Divine wings.”

The Chief Rabbi has composed a special prayer to mark the passing of The Queen. pic.twitter.com/yryG2SvtrV

Michael Goldstein, president of the United Synagogue, the largest synagogue body in Europe, called the Queen “a constant for generations of United Synagogue members, the wider Jewish community and the nation at large.”

“Since 1952, when Her Majesty the Queen ascended to the throne, there have been more than a dozen versions of the Prayer for the Royal Family to reflect changes to the royal family: marriages and, sadly, deaths,” he said. “The one constant in the prayer throughout the last 70 years has been ‘Our Sovereign Lady, Queen Elizabeth.’ ”

“With a heavy heart, we shall now be issuing a new prayer to our communities as we join together to pray that God blesses our new King and puts a spirit and wisdom into his heart and into the heart,” he added.

The Queen died on Thursday at the age of 96 as the longest reigning monarch in British history. She was surrounded by the royal family, including her children at Balmoral Castle in Scotland.