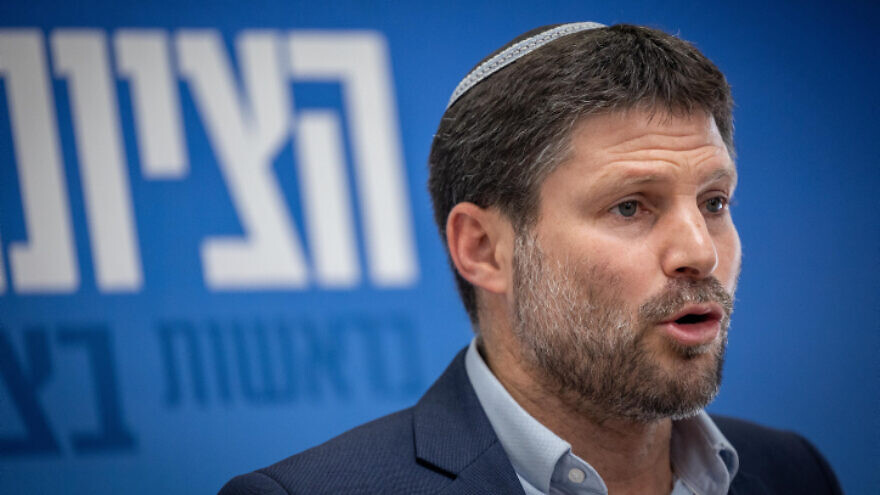 (May 2, 2022 / Israel Hayom) The head of Israel’s Religious Zionist Party, Bezalel Smotrich, has called for a criminal investigation against former Jerusalem Mufti Ekrima Sabri and Greek Orthodox Archbishop Atallah Hanna over their participation last week in a virtual conference hosted by Iran.

The conference, called “Annual Global Jerusalem Day,” was also attended by the leaders of various terrorist organizations, such as Hezbollah leader Hassan Nasrallah, Hamas leader Ismail Haniyeh, Palestinian Islamic Jihad leader Ziyad al-Nakhala, the leader of the Popular Front for the Liberation of Palestine, Talal Naji, and the head of the Fatah coalition in Iraq, Hadi al-Amiri.

“Any sane person can understand the conduct of these two amounts to a number of criminal offenses, among them support for an armed struggle against the State of Israel,” said Smotrich.

He called on Attorney General Gali Baharav-Miara to open an investigation “and hold them accountable in the appropriate manner.”

It was “unreasonable,” he added, for Israel to provide immunity “to enemies at home or abroad that seek and call for the State of Israel’s destruction.”

“It appears they are taking advantage of their proximity to power in Israel, to the Ra’am Party among other things, which as is known is an active partner in the current coalition, to win immunity from prosecution for their criminal acts,” said Smotrich.

During the conference, participants emphasized their loyalty to the Iranian worldview and commitment to the “liberation of Jerusalem from the hands of the Zionists.”

Among other things, the archbishop said at the conference that “Jerusalem was and will remain for its residents; the policy of the occupation [Israel] in it is illegal. The Islamic and Christian holy places are under attack, and there are severe provocations in Jerusalem. We are in one boat in the defense of Jerusalem, and the occupation will not succeed in stealing it from its owners.”