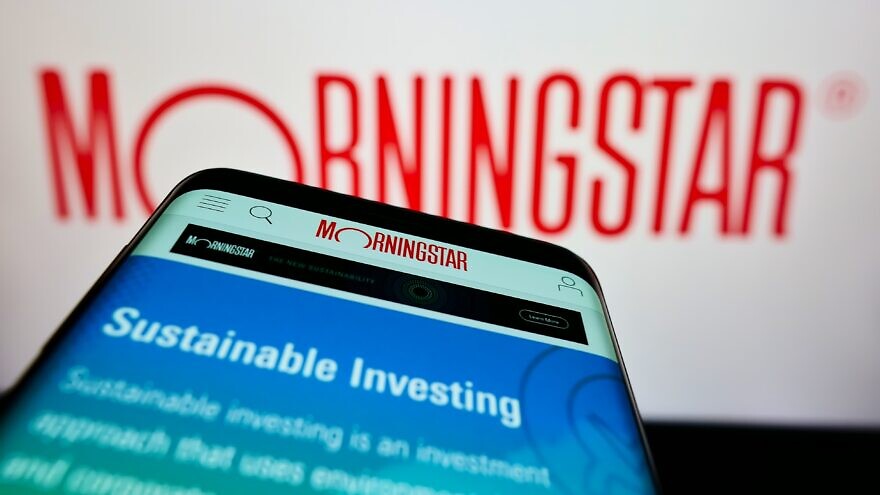 (November 2, 2022 / JNS) Despite the investment firm Morningstar offering concessions to the pro-Israel community regarding its methods of assigning risk ratings to entities doing business in and with Israel, the company is not off the hook in Arizona.

Arizona State Treasurer Kimberly Yee announced on Monday that her office will continue its investigation of Morningstar’s activities in regard to Israel. The announcement came hours after the firm announced an agreement with a group of pro-Israel organizations on the issue.

Arizona is among some 19 states currently investigating Morningstar’s practices. The investigations are examining whether the firm has violated state laws against boycotts of Israel.

“While I am pleased that Morningstar is taking steps to alter its risk ratings for companies doing business in and with Israel, my office has not concluded our internal investigation,” said Yee. “Morningstar has failed to provide my office with the simple access to data we have requested, and I will continue to hold them accountable until our investigation is complete.”

Morningstar and its subsidiary Sustainalytics have been accused by critics of using anti-Israel sources and weighing them disproportionately in assigning Environmental, Social and Governance (ESG) risk ratings that are intended to guide socially-minded investors. Several American Jewish groups and state officials charged that, as a result, the resulting risk ratings were artificially inflated, amounting to a de facto boycott of Israel.

In August, Yee notified Morningstar that they were at risk of being placed on the Arizona Treasury’s prohibited investment list due to violations of Arizona law against doing business with entities that boycott Israel. She gave the company 30 days to provide written certification explaining how Morningstar’s use of ESG ratings does not violate Arizona’s anti-boycott statute.

A new Arizona law that took effect in late September requires any Arizona government entity to divest from any company on the state’s prohibited investment list. A treasurer’s office spokesperson told JNS that Arizona does not currently have any public funds invested in Morningstar.

Yee accused Morningstar and Sustainalytics of using “anti-Israel and anti-Semitic sources to negatively impact the scores of companies doing business in Israel or Israeli-controlled territories.”

“I will continue to put pressure on Morningstar and denounce any company that attempts to discriminate against the people of Israel,” said Yee. “As Arizona’s chief banking and investment officer, I stand with Israel and will not allow companies to promote policies that are anti-Semitic and discriminatory against Israel in violation of Arizona law.”

Morningstar has long claimed that it does not promote or engage in BDS activities, and affirmed that stance to Yee in its response.

On Monday, Morningstar made a series of pledges to a coalition of pro-Israel groups. They included:

Yee said her office will continue its investigations of the ESG ratings practices of Morningstar and Sustainalytics in tandem with legal counsel. She pledged a public update following the process.