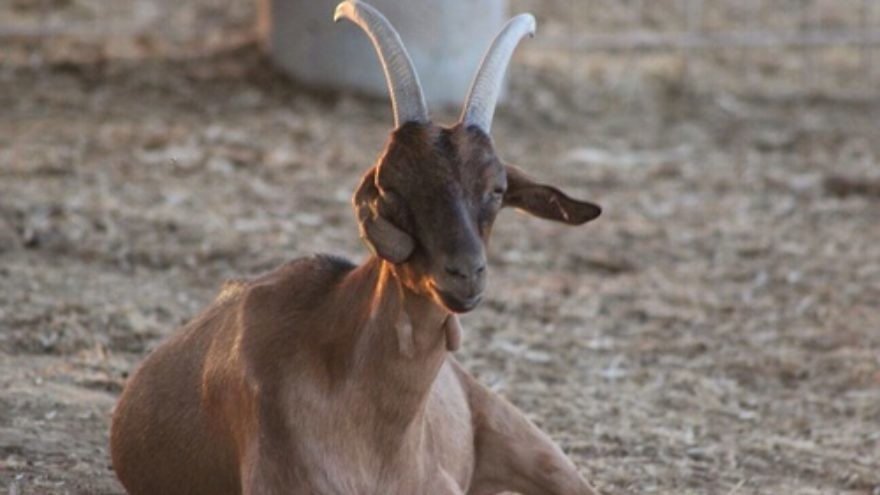 The morning of Dec. 4 was crisp and chilly, with just the right amount of sunlight to stave off the cold. I found myself standing in a circle of poker-faced men and women listening to an intelligence and organizational brief of a volunteer search-and-rescue operation to recover stolen goats. Many laughed when I told them I was going to the Negev desert to help search for stolen livestock.

The organization in charge of this operation, HaShomer HaChadash (“The New Guardian” in Hebrew), was on a quest to comb the desert for a herd of 200 rare Alpine goats stolen in the dead of night three days prior from Moshav Idan, located in Israel’s Arava region. It may have been a laughable matter for some, but for the farmer who owned the goats, it was a big blow to his livelihood. The prized stolen livestock are valued at 5 million shekels, or approximately $1.3 million, making it one of the largest incidents of agricultural theft in Israel’s history.

HaShomer HaChadash was founded in 2007 by a group of activists who love Israel and strive to uphold Zionist values through assisting farmers in remote areas. In partnership with Jewish National Fund (JNF), they provide security and protection to Israel’s smaller, more vulnerable communities in the Negev and in the Galilee, while also promoting agricultural and pioneering ventures. When they heard about this massive theft, they jumped to action.

“We have been working with the police since Wednesday (Dec. 2),” said Ariel Ben-Chaim, the organization’s southern field coordinator.

Some 40 volunteers donated their time, cars, and hiking and scouting skills on a Friday before Shabbat just to help a fellow Israeli.

“There’s something significant about the fact that I’m choosing to do this on a Friday, when I’m already stressed about Shabbat and preparing things for my family–this gives me purpose,” said a volunteer who has been with the organization for four and a half years and who requested to remain anonymous.

“There are people from many walks of life in our organization,” he added. “There are those from the political right and left, those who are religious and those who are not, and that is what gives us all the motivation to do something bigger than ourselves.”

Shortly after our chat, this volunteer, armed with his backpack and a map, headed off into the desert by foot to start scouting.

Groups of volunteers, some on foot and others in 4-by-4s, met with officials from HaShomer HaChadash in order to strategically plan their courses and to be sure that each group would be covering different areas. They also received safety briefings and specific instructions on what to do if they came face-to-face with the thieves or the goats. “Some of these groups will be out through the night,” Ben-Chaim told me as he helped check that each group was cleared and ready to go.

In the field, volunteers traveled over rocky surfaces, deep down into desert valleys and river beds, vigilantly searching for the missing heard. This was not an informal group of people trying to do a good deed, but a well-oiled machine methodically canvassing the desert in search of the stolen livestock. Israel’s true spirit shines through with this massive effort.

The search went on for more than a week, with almost daily scouting parties setting out to continue the effort. On Dec. 7, HaShomer HaChadash volunteers found 23 of the 200 goats. The organization is not disclosing the exact location as a safety measure, and will continue its search efforts until the last goat is recovered.

Aside from special projects like this one, HaShomer HaChadash regularly guards isolated farms, with some 20,000 volunteers stepping up for their turn at the guard post. The organization also works to connect Israelis and supporters of Israel to the land, renewing the pioneering values and communal spirit of the first days of the State of Israel.