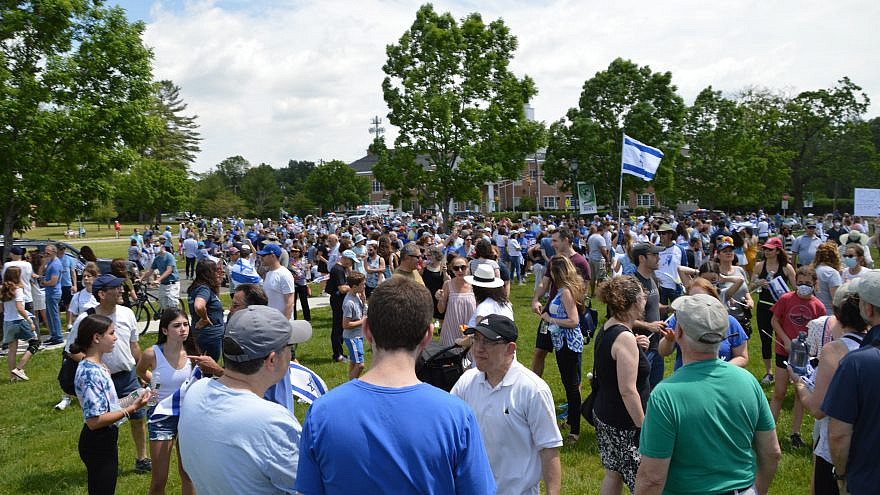 Supporters at a pro-Israel rally on May 23, 2021. Photo by Jeff Holt.
Spread the word.
Help JNS grow!
Share now:

(May 24, 2021 / JNS) Across the country from the big cities to suburban towns, thousands of Jews gathered on Sunday to show their support for Israel and to take a stand against the rising number of anti-Semitic incidents.

At a rally in New York, Sarri Singer, who survived a 2003 suicide bombing of an Israeli bus, said “whether it is in Paris, London, Brussels, Israel, New York City or anywhere else in the world, terrorism does not discriminate. It can happen anywhere and at any time. All of us have an obligation to show that we are not going to stand by while we let those who have little value for human life continue to hurt and murder innocent people. An attack on any of us is an attack on all of us.”

The “United Against Antisemitism. United Against Terror. United for Us” rally was held at One World Trade Center, sponsored by Israeli-American Council and 100 local organizations. 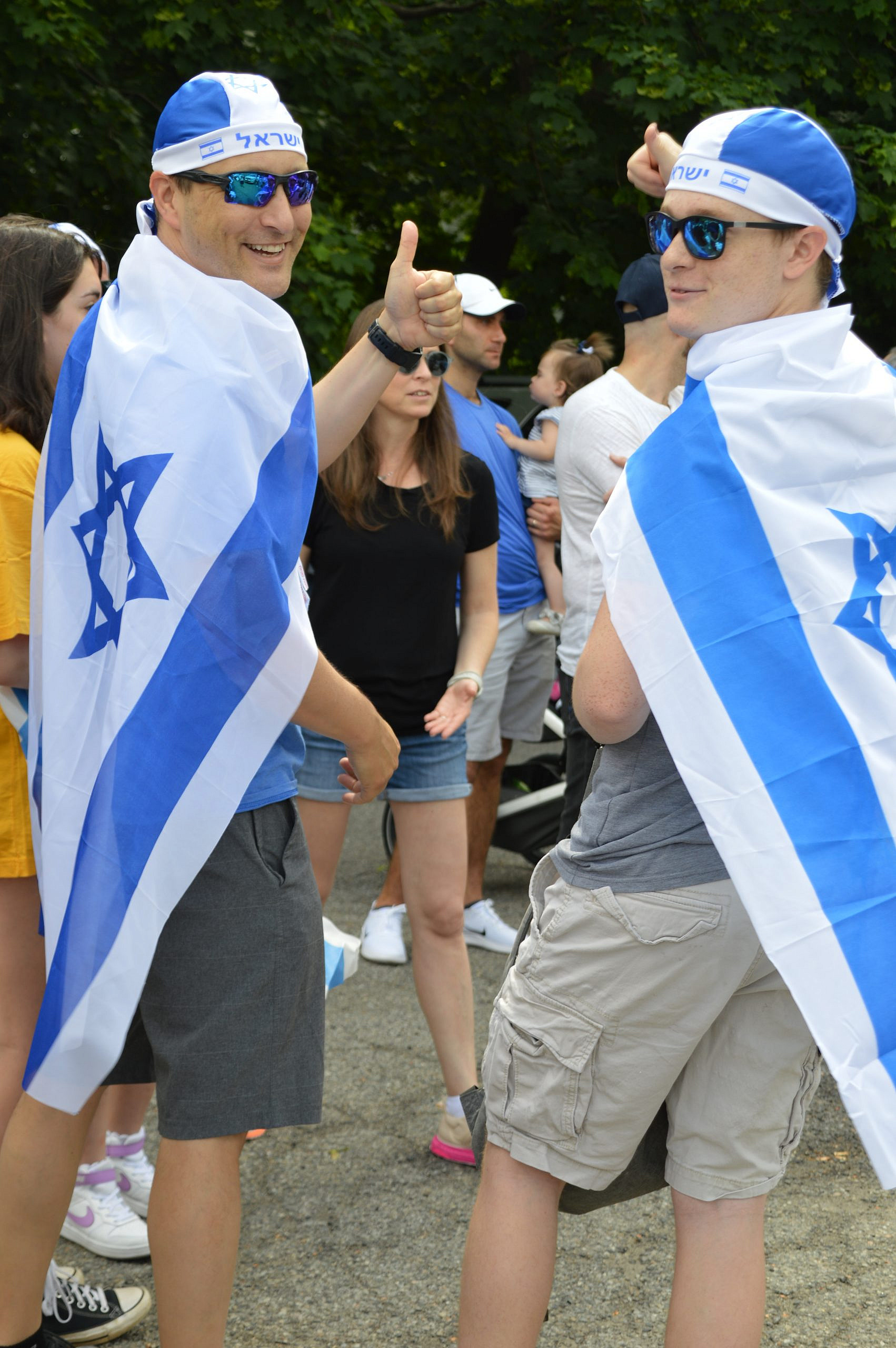 Among the speakers at a rally in Beverly Hills, Calif., was the city’s vice mayor Lili Bosse, whose mother, Rose Toren, survived Auschwitz and lost all of her family during the Holocaust.

“Growing up, I heard two messages from my mom, ‘Never give up’ and ‘Never again.’ Even on the last day of my mom’s life, she said, never give up—ever. And I promised my mom that I would tell her story of survival, that we would fight hate of any kind,” she said. “Yet this past week just blocks away, people were beaten up while having dinner, simply because they were Jewish. I have friends telling me they want to remove their mezuzah from their homes. This is 2021, not 1930s Germany.”

She added, “We will fight hate. Jew-hatred and all hatred. … Mom, we will never give up.”

On the East Coast, more than 1,500 people attended a rally in Livingston, N.J., to make it clear they stood with Israel, opposed the “moral equivalency” that the media and politicians were trying to take in the recent battle between Hamas and Israel, and were concerned about the rising tide of anti-Semitism. The event was sponsored by some 20 area synagogues and day schools.

“Every day, American ‘celebrities’ and politicians post on social media accusing Israel of war crimes, calling Israel an apartheid regime because Israel dares to defend itself from terrorists whose stated goal is to push every Jewish man, woman and child into the sea,” said Rabbi Elie Mischel of Suburban Torah Synagogue. “We have a message for all you anti-Semites out there: We are a people of righteousness, we are a nation of peace.”

But, he continued, “when Jews are targeted anywhere in the world, we will not respond by hiding in fear. We will stand up with Jewish pride and with Jewish strength! We will defend ourselves!”