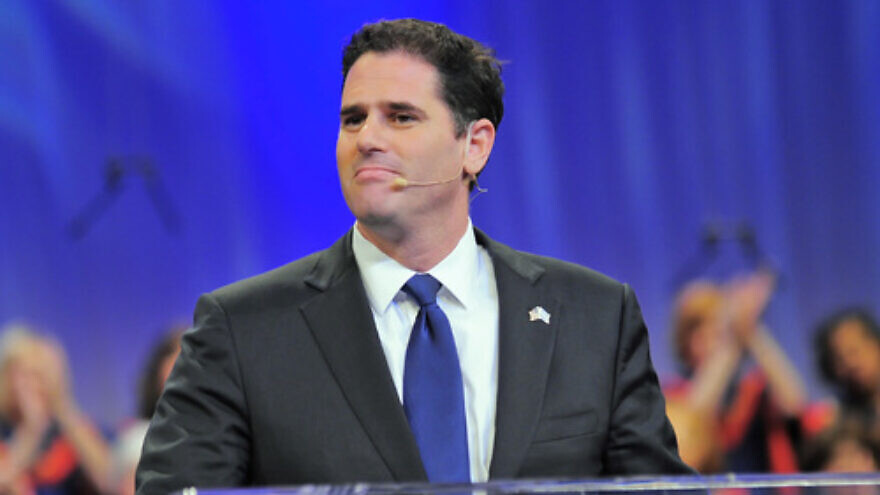 The results of the Nov. 4 midterm elections validate Israel’s policy of courting both Republicans and Democrats when it comes to issues such as Iran’s threats of genocide. Yet the Israelis recently found themselves being berated for wooing both parties—and the criticism came from a U.S. official who, ironically, once argued that intervening against genocide would hurt her party in that year’s midterm elections.

Just two days before the midterm races, National Security Adviser Susan Rice reportedly said the reason she has still not met with Israel’s ambassador to the U.S., Ron Dermer—who was appointed 16 months ago—is that “he’s too busy traveling to Sheldon Adelson’s events in Las Vegas.” According to the Israeli daily Haaretz, Dermer’s action “served to prove to Obama’s aides” that Dermer is “a sympathizer with the red, Republican side.”

The reference was to Dermer’s speech at a Republican Jewish Coalition event in March. For the past year, Israeli officials, including Dermer, have been trying to persuade Democrats and Republicans alike that Iran’s threats of genocide against Israel are serious and that Teheran should not be permitted to continue building nuclear weapons.

Presumably, if the National Jewish Democratic Council decided to invite Dermer, he would speak to them too. Maintaining friendly relations with both parties has been a cornerstone of Israeli and Zionist policy going back to the days before Israel even existed. In 1944, Jewish activists (led by Prof. Benzion Netanyahu, the father of the current prime minister) helped convince the Republican Party to include in its platform a first-ever plank calling for the rescue of Europe’s Jews and creation of a Jewish state. Other Jewish leaders then persuaded the Democrats to match that pledge in their own platform. Bipartisan support for Zionism and Israel has been an integral part of American political culture ever since.

For Susan Rice, of all people, to have made such a charge on the eve of midterm elections is rich with irony.

In the spring of 1994, Rice was director of Africa Affairs for the National Security Council, under President Bill Clinton. Reports began pouring in about machete-wielding militias of the Hutu tribe in Rwanda carrying out nationwide massacres of the country’s ethnic minority, the Tutsis. What were Susan Rice and other U.S. officials saying about all this behind the scenes?

Samantha Power gave us the answer. Before she became America’s ambassador to the United Nations, Power wrote a Pulitzer Prize-winning book called “A Problem from Hell,” concerning America’s responses to genocide. She found a Defense Department memo revealing that the State Department was “worried” that acknowledging that genocide was underway in Rwanda “could commit [the U.S.] to actually ‘do something.’” Rice was quoted as saying to her colleagues, “If we use the word ‘genocide’ and are seen as doing nothing, what will be the effect on the November [midterm] elections?”

When Rice was nominated in 2012 to become President Barack Obama’s National Security Adviser, she was asked during her confirmation hearings about that Rwanda-midterms remark. She replied that she did not recall having made that statement.

Israelis, with their keen sense of history, may recall how the State Department responded in 1942, after receiving overwhelming evidence that the Germans were annihilating millions of Jews in Europe. The British government suggested to the U.S. that they issue a joint statement acknowledging and condemning the mass murder. One Roosevelt administration official objected on the grounds that if they issued such a statement, the Allies “would expose themselves to increased pressure from all sides to do something more specific in order to aid these people.”

Rice has suffered more than one memory lapse when asked about genocide. A WikiLeaks cable in 2010 quoted a disturbing exchange between Dr. Rice and the chief prosecutor of the International Criminal Court (ICC) concerning Sudanese president Omar al-Bashir, architect of the Darfur genocide. The ICC prosecutor told Rice that Bashir had amassed a secret $9-billion stash. The prosecutor wanted to publicize that information in the hope of turning the Sudanese public against Bashir. But the U.S. never publicized it. After the cable was leaked to the press, a reporter asked Rice about it. She replied that she “didn’t recall” being told about the $9 billion.

Last year, Rice visited Rwanda. Afterwards, she described how in 1994, six months after the genocide ended, she walked through “a church and an adjacent schoolyard where one of the massacres had occurred [and] the decomposing bodies of those who had been so cruelly murdered still lay strewn around what should have been a place of peace. … We saw first-hand the spectacular consequences of the poor decisions taken by those countries, including my own… .”

What keeps Dermer and other Israeli officials up at night is the fear of history repeating itself. In the wake of the midterm elections, America is still deeply divided, with the Democrats in control of the White House and the Republicans holding a majority in Congress. Naturally, the Israelis will continue seeking support from both parties for action to pre-empt Iranian genocide. The alternative is the grim prospect that one day, some State Department official will stroll amidst the rubble of the former State of Israel, expressing belated remorse about not having acted before it was too late.

Dr. Rafael Medoff is director of The David S. Wyman Institute for Holocaust Studies, in Washington, DC. His most recent book is “FDR and the Holocaust: A Breach of Faith.”