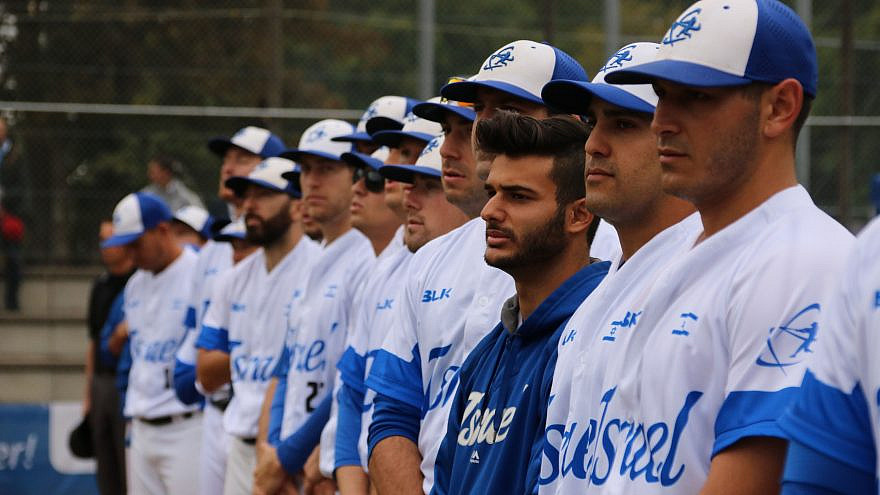 (April 16, 2021 / JNS) The general manager of the Team Israel baseball has submitted an expanded roster of 44 players to the World Baseball Softball Confederation (WBSC), baseball’s international governing body and the organizer of the baseball competition at the Olympic Games, it was announced on Tuesday.

A traveling team of 24 players will be selected from the roster to go to Tokyo for the Olympic Summer Games, which will take place from July 23 to Aug. 8.

The roster includes all 24 players who secured Israel’s spot in the Olympics by winning the WBSC Baseball Europe/Africa Olympic qualifier in September 2019 in Italy.

There are also 12 players who competed with Team Israel in the 2017 World Baseball Classic and reached the quarterfinals, and six players who helped Israel finish first at the European Championship U18 qualifier in 2019 in Sweden. In addition, nine players have played in the Major Leagues; four of the athletes are currently serving in the Israel Defense Forces under the distinguished athlete designation; and three will be drafted in the same class in 2022.

The team is comprised of 21 pitchers, three catchers, 12 infielders and eight outfielders.

Team Israel will hold its first training camp in May in Arizona. In early July, the team will compete in New York in a series of exhibition games before flying to Tokyo for the Olympics.