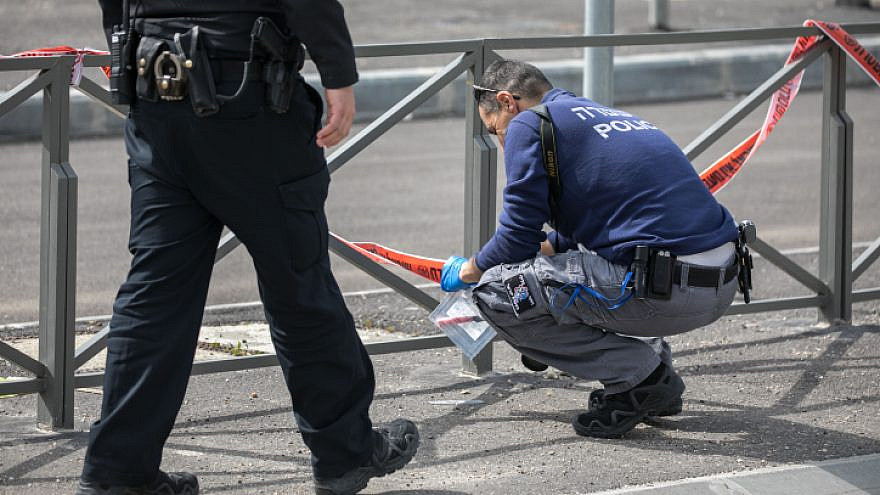 (May 31, 2021 / JNS) An Israeli security officer sustained light wounds on Sunday after intercepting an armed Palestinian man who had infiltrated into the country from the Gaza Strip, according to the Israel Defense Forces.

The suspect was identified near moshav Sde Avraham in the Western Negev, near the borders with Gaza and Egypt, the military said. The security coordinator of the nearby town of Avshalom was alerted and engaged the suspect despite being unarmed, sustaining stab wounds to his stomach and hand. Another security officer arrived during the struggle and shot and neutralized the terrorist, according to Hebrew media reports.

Nir Sherman, a security coordinator for a nearby town who visited the scene, was quoted by Hebrew website 0404 as saying, “I have no doubt that we could have seen an attack here like the horrific murder in Itamar,” referring to the March 11, 2011 attack in which five members of the same family were killed by terrorists.

“All indications are that [the terrorist] was prepared. The alertness of the security coordinator saved lives here and prevented a very major event,” said Sherman. “The security coordinators are the last line of defense for the residents. Their determination, professionalism and quick response to the events is what makes the difference between ending an incident successfully, or a bereaved family,” he added.

Questions have been raised in the Hebrew press regarding why the security officer was unarmed. According to the Israeli NGO Regavim, the officer’s weapon was impounded following a “spiteful, unfounded” complaint filed against him by Bedouin criminals he apprehended last year.