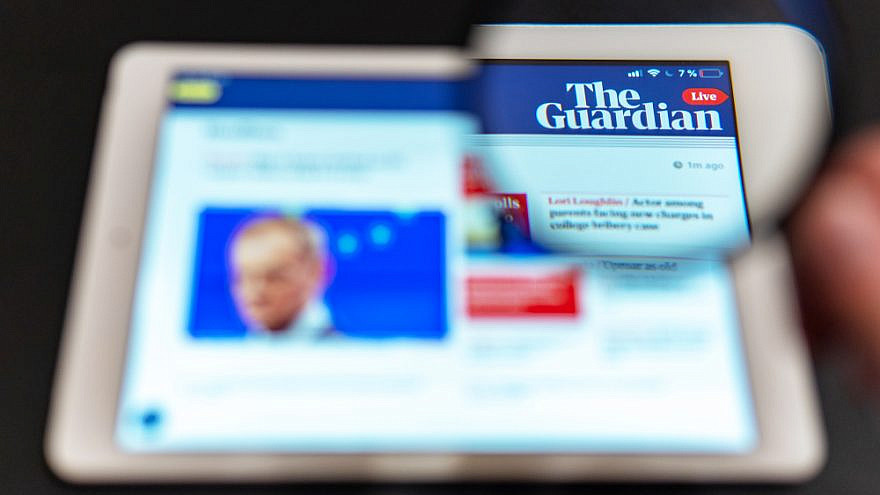 (March 16, 2021 / JNS) The Guardian falsely claimed on March 11 that an Arab-Israeli rap group from outside Tel Aviv is from “Palestine.”

The article highlights international artists overlooked by the Grammy Awards in its global music category and mentions Da Arabian MCs (DAM). The British publication called DAM the “godfathers of Arabic rap,” saying their single “Who’s the Terrorist?” that was released after the 9/11 attacks “helped spark a Middle Eastern musical movement.”

“The collective features a female rapper/singer, Maysa Daw, and actively advocate for women’s rights,” wrote The Guardian. “Da Arabian MCs routinely demonstrate the in-on-the-joke intelligence that heightened the work of such artists as the Beastie Boys and Nicki Minaj—and, unlike so many international hip-hop groups, the vocals are not rote cadences of U.S. rap.”

According to the U.K. wing of the Committee for Accuracy in Middle East Reporting and Analysis (CAMERA UK), the Palestinian rap group is from Lod, a mixed town of Arabs and Jews. CAMERA UK said on Monday that it complained to editors at The Guardian about the error but that it has yet to be corrected.

The Guardian has a history of publishing anti-Semitic and false accusations against Israel.

The paper was lambasted by Jewish groups in January for publishing a fabricated story that claimed Israel is denying COVID-19 vaccines to Palestinians, an article that ran under their Sunday affiliate The Observer. Previous examples include a 2009 claim that Israel harvests Palestinians’ organs “without consent”; a fake story on “forced contraception” of Ethiopian women by Israeli doctors in 2013; and the next year, an article on the “confirmed targeting” of hospitals in the Gaza Strip as part of the 2014 summer war with Hamas.