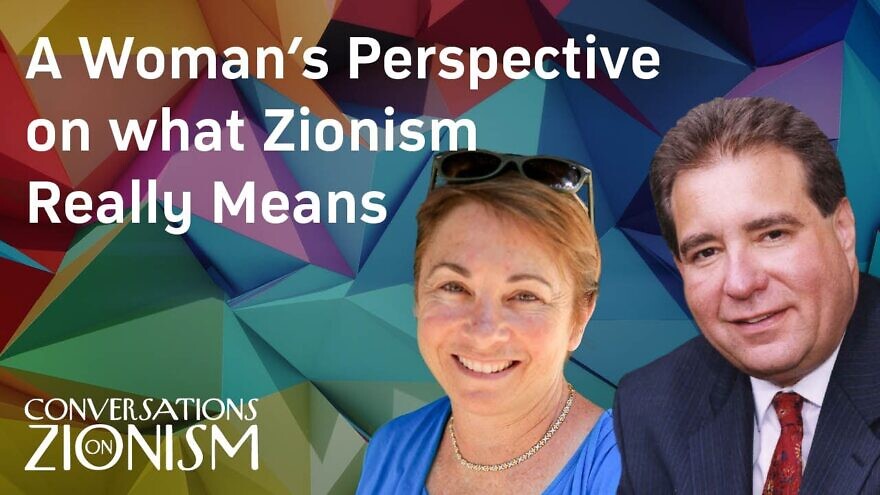 (December 4, 2022 / JNS) Many people don’t realize it, but the Israeli army has become a trendsetter for equal opportunity. In the latest episode of Jewish National Fund-USA’s “Conversations on Zionism,” Colonel (ret.) Miri Eisin addresses the role of the IDF in Israeli society, the meaning of Zionism in the 21st century and the relationship between Israel and American Jewry.

“The Israel Defense Forces has gone through a journey,” Eisin tells host Russell R. Robinson, Chief Executive Officer at the JNF-USA. “We are literally the only country in the world that fully drafts women.”

“The IDF is a trendsetter,” she added, highlighting that equality for women is a Zionist ideal. “In Israel, the military represents equal opportunity,” she says.

According to Eisin, who now teaches at Reichman University, this is true for men, women, minorities and LGBTQ individuals.

“It’s an equalizer, and that’s not the way you usually think of the IDF,” she points out.

Eisin also speaks about the necessity of talking about Zionism and what Zionism means in the current era.

“I think it is a definition that every person has to actually work on and say, what does having a country that defines itself through its Jewishness in self-determination mean to me,” she said. “You can’t do that based on the antisemitism of the 19th century and you cannot do it based on the horrific events of the mid-20th century. You have to look at it today in the 21st century.”

According to the expert, much of the antisemitism that the younger generations of American Jews are experiencing is caused by a mistaken understanding of what Zionism means.

“I think that the biggest challenge of social media, when it comes to a term like Zionism, is that I’m being told that I can’t be Jewish, liberal, feminist and a Zionist, and I say, you are so wrong,” she says. “I am totally a Zionist, and I’m absolutely a Jewish feminist liberal mother, and I’m all of the above. And it has to do with the lack of understanding of what it means both to be a Zionist and how I view Zionism.”

Eisin, who immigrated to Israel from California as a child, also discusses the relationship between Israel and American Jewry, which she argues should be more based “on equal footing.”

“It is always better when both communities are on equal footing and talk to each other,” she said. “This is supposed to be a conversation where each side brings very strong elements to the table.”

This article was written in cooperation with JNF-USA.