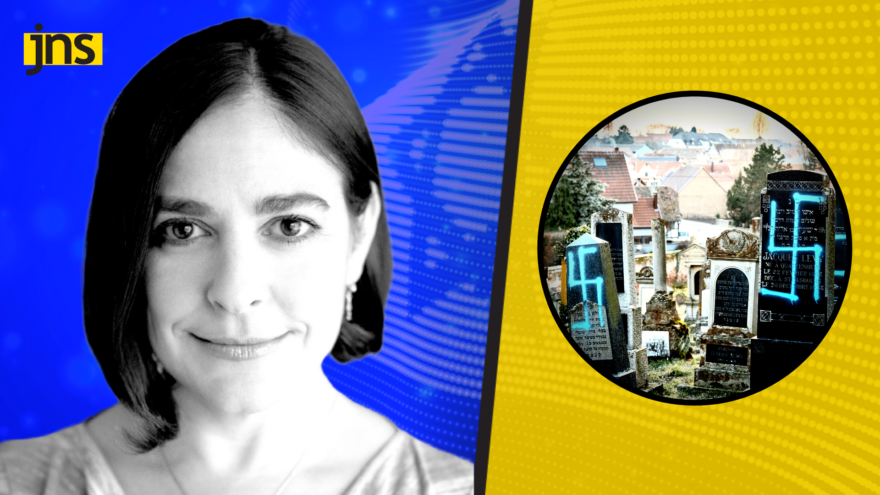 (December 6, 2022 / JNS) Antisemitism in the United States is rising, and the American Jewish leadership is failing to combat it, Caroline Glick argues in this week’s episode of the “Caroline Glick Show.”

Glick is joined on the show by Mort Klein, president of the Zionist Organization of America.

The two begin their exploration of the issue with a discussion of former President Donald Trump’s meeting with antisemites Kanye West and Nick Fuentes and his refusal to date to disavow either.

Just a week before Trump met with West and Fuentes, the ZOA presented the former president with its highest award, the Theodor Herzl Medallion, for his support and strengthening of the U.S.-Israel alliance, and his efforts to fight growing antisemitism in America. However, Trump’s refusal to date to condemn West has embarrassed his Jewish supporters.

Glick and Klein then turn to the status of the liberal U.S. Jewish leadership. Glick notes, “For six years, progressive and liberal American Jewish leaders attacked Trump as an antisemite when the opposite was true. Now that he’s done something that actually deserves to be condemned, however, their cries against him sound like the boy who cried wolf.”

Whereas during the Obama years, organizations like AIPAC and the American Jewish Committee spoke out against anti-Israel policymakers and lobbied against the appointments of Chuck Hagel and Robert Malley, today most American Jewish leaders have remained silent as Biden appointed one foe of Israel after another to key foreign policy positions, says Klein.

The main reason he cites for their silence is that many American Jewish leaders have internalized the anti-Israel narrative and believe that there is justice to the Palestinians’ fabricated claims about the so-called “occupation.”

A number of Jewish leaders were invited to discuss the rising level of antisemitism in the U.S. at the White House this week; Klein was not invited. He speculates what will and won’t be said by the attendees and explains what he would tell the administration if had been invited.

The political situation in Israel

In her opening, Glick discusses the unprecedented efforts outgoing Israeli Prime Minister Yair Lapid and his colleagues in the country’s caretaker government are making to demonize and delegitimize the incoming Netanyahu government.

The purpose of the campaign is to pave the way for the legal fraternity to paralyze the government by blocking Knesset legislation, preventing the government from governing, she argues.

Its impact to date has been to give license to Israel’s opponents in the Washington policy establishment and in the liberal Jewish community to turn against Israel and call for its isolation and sanctioning.