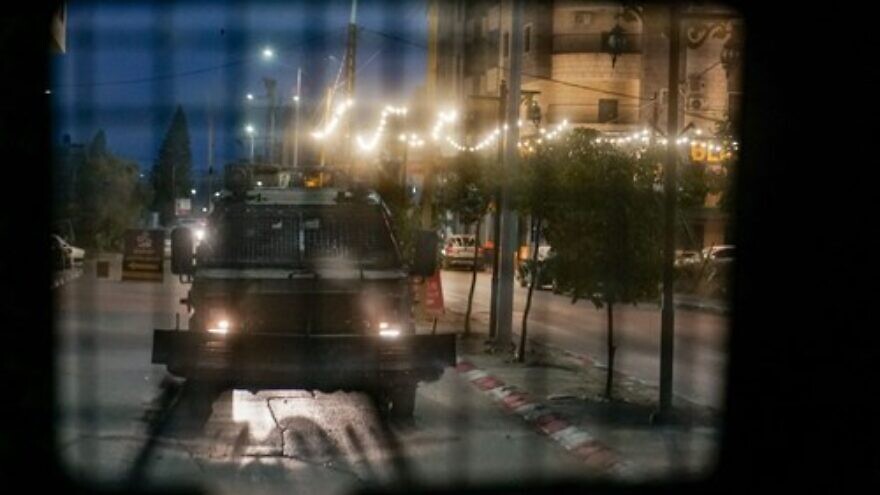 (August 28, 2022 / JNS) Three Palestinians were wounded, one seriously, during a firefight with Israeli forces in Jenin on Saturday night, Palestinian media reported.

The Israeli soldiers were shot at during a counter-terrorism operation in the northern Samaria city and returned fire, according to the Israel Defense Forces Spokesperson’s Office.

Israeli security forces engaged Palestinian gunmen in a firefight after being shot at during a security operation in Jenin overnight between Saturday and Sunday. “A number of hits” were identified, according to the IDF, but no further details were given.

There were no casualties or wounds among Israeli security personnel, according to the military.

The Palestinian Authority-run WAFA news agency said that the three Palestinians wounded during the exchange were being treated at Ibn Sina Hospital.

Four security suspects were apprehended during the operations.

Separately, the IDF announced on Sunday that military and police forces had jointly foiled an effort to smuggle handguns and narcotics into Israel from Jordan and busted the smuggling ring behind the attempt. 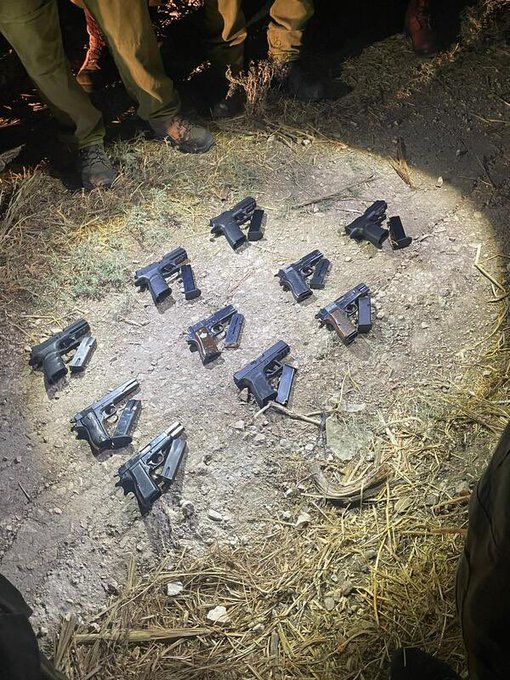 Handguns and ammunition seized by the Israeli military on the border with Jordan, Aug. 27, 2022. Credit: Israel Defense Forces.

Israeli forces captured one suspect at the border, and the Israel Police captured two vehicles and two additional suspects during follow-up activities in the Jordan Valley area. According to the IDF, the two suspects are the head of the smuggling ring and his bodyguard.

Also on Sunday, Israeli forces foiled an attempt to smuggle firearms through the Netiv HaLamed Heh Crossing in southern Judea and Samaria, according to the Israeli Defense Ministry.

Security officers from the Ministry’s Crossing Points Authority seized some 9,000 5.56 mm bullets, as well as M-16 rifle parts, and arrested a resident of eastern Jerusalem.

So far in 2022, Israeli forces have thwarted some 40 drug smuggling operations, seizing narcotics worth approximately 135 million shekels ($41.5 million), the IDF said in a statement on Sunday. Eighteen attempts to smuggle weapons across the Jordanian border were thwarted, with approximately 300 weapons being seized, the statement said. During 2020-2021, there were a total of 21 thwarted smuggling attempts, resulting in approximately the same number of weapons being seized, according to the IDF.