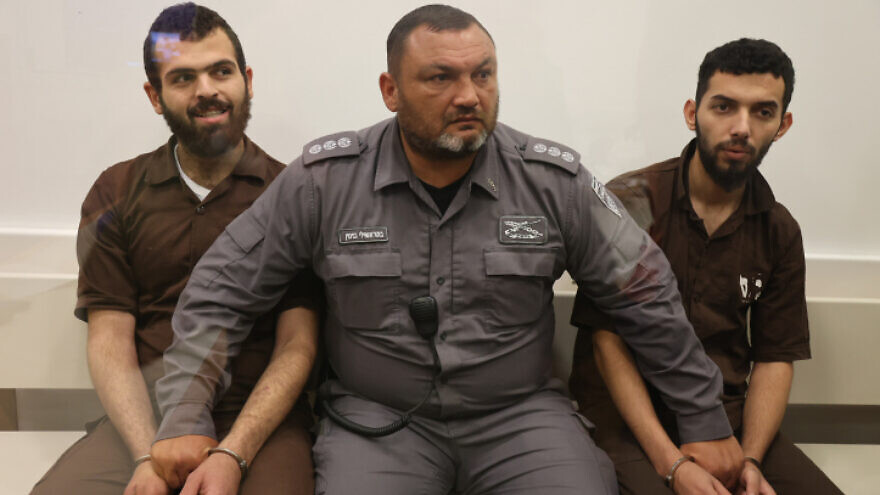 (June 9, 2022 / Israel Hayom) Jenin residents Assad Yussef Assad al-Rafa’i and Sabhi Imad Sabhi Abu Shakir were indicted on Thursday on three counts of aggravated murder and committing acts of terrorism for their roles in the deadly May 5 terror attack in Elad.

The prosecution requested an extension of their remand until the conclusion of legal proceedings against them.

Elad Mayor Yisrael Porush was at the Central District Court in Lod for the indictments. Calling for them to receive the death sentence, Porush said they were “ingrates” and “despicable murderers who need to be sent to the gallows. They ate from the bread of the Jews and murdered them. Rags.”

According to the indictment, Abu Shakir decided to carry out a terrorist attack in Israel following the death of one of his friends in clashes with the Israel Defense Forces in August. He suggested to al-Rafa’i that the two carry out an attack together, but the latter refused. In April 2022, following the death of another friend and al-Rafa’i becoming increasingly religious and in the belief that Israel was harming worshipers at Al-Aqsa mosque, the two decided to go ahead with the attack.

The two were in Ramallah the evening before the attack, dining at a restaurant and preparing their wills, as well as performing purification rituals ahead of the act. Having failed to acquire firearms, they decided to carry out the attack with knives and axes. They were then taken by an accomplice to the security fence in the area of Rantis in Judea and Samaria, just east of Elad. They then cut a hole in the fence and entered Israel.

Hiding in a nearby grove, they waited for a driver to take them to Elad. They decided in advance that if their driver was Jewish, they would kill him upon arriving at their destination. Lod resident Oren Ben-Yiftach, a father of six, picked up the terrorists and was stabbed 21 times in the torso by al-Rafa’i when they arrived in the city. They then pushed Ben-Yiftach out of the car. Unable to start the vehicle, they decided to continue on foot.

They chased one Elad resident, who managed to get away, and broke the window of a passing car before noticing a playground where children and adults were celebrating Israel’s Independence Day. It was there that they murdered Boaz Gol and Yonatan Havakuk, each a father of five, and wounded five others before fleeing the city. They managed to evade arrest for four days before being apprehended by security forces in Nahshonim Forest, outside of Elad.