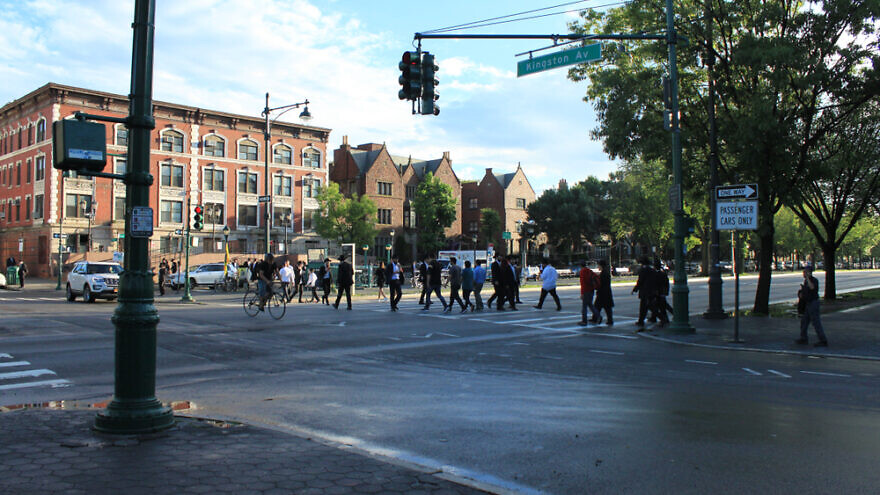 (January 16, 2023 / JNS) Two Jewish boys, aged 10 and 12, were assaulted on Albany Avenue in the Crown Heights neighborhood of Brooklyn on Sunday evening.

According to Belaaz.com, the boys were attacked at around 6 p.m.

According to CrownHeights.info, the group responsible for the beating consisted of four black males who did not say anything to the boys as the assault was taking place. The two boys, members of the Chabad-Lubavitch Hasidic movement, “were viciously assaulted and punched in the face.”

According to a report by Americans Against Antisemitism, through its Hate Crimes Accountability Project, from April 2018 through August last year, 64% of assaults against Jews where the perpetrators’ group identities were known were committed by black persons. Seventeen percent were perpetrated by Muslims or Arabs, 11% by Hispanics and 3% by whites.

Out of the 194 documented assaults during the period examined, the Hate Crimes Accountability Project found just two cases where a perpetrator was sentenced to prison. Most of the attackers faced no consequences at all. The latest instance of such leniency occurred last week when the Manhattan District Attorney’s Office offered a plea deal to Waseem Awawdeh to reduce his sentence from upwards of 10 years in prison to six months.

Awawdeh was charged with a hate crime for attacking a yarmulke-wearing Jewish man who was heading to a pro-Israel rally in May 2021.

The boys attacked on Sunday are reported to be shaken from the attack but not badly injured. The New York Police Department and the Crown Heights Shomrim neighborhood watch group are investigating the incident.