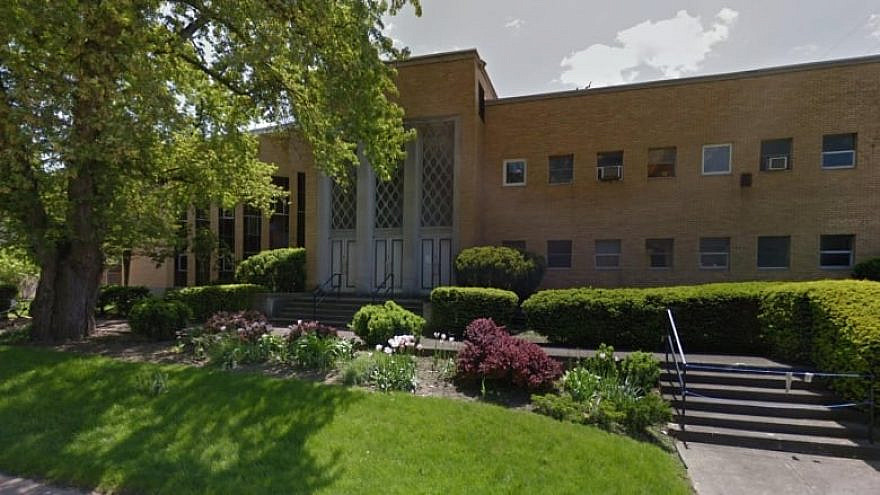 (November 15, 2021 / JNS) Jewish groups in Canada praised the hate-crimes conviction of two men in Hamilton, Ontario, who vandalized a synagogue there back in 2019.

Liam Greaves and Blake Trautman, both 19 at the time of the incident, spray-painted a swastika and the words “No Jews” along with anti-black graffiti on the parking lot of Beth Jacob synagogue. They put down the graffiti on a Friday night that fell between Rosh Hashanah and Yom Kippur. Both men said they had been drinking at the time, according to news reports.

In an interview with the Canadian Jewish News, Rabbi Hillel Lavery-Yisraeli said the incident was “unimaginably frightening, he said. “Our sanctuary was full that day with members of all ages, including Holocaust survivors—people who, 70 years later, thought they had left all of that behind them and had found a new sanctuary in Canada.”

“There is no way to undo the feeling of fear it created to think some of our neighbors still identify with Nazi ideology,” he added. “Even two years later, some Jewish teenagers are still afraid to come to the synagogue because of this.”

Michael Mostyn, CEO of B’nai Brith Canada, which provided a victim-impact statement in the case, said “we are encouraged that the two men came forward and apologized for this hateful act. This case would not have been solved had the two not stepped forward. Nonetheless, they caused grave alarm with their hateful sentiments. There is never any excuse for such vile acts.”

The Friends of Simon Wiesenthal Center echoed those sentiments, stating that the court’s decision “sends a message that there are consequences for such displays of hate targeting the Jewish community and hopefully acts as a deterrent.”