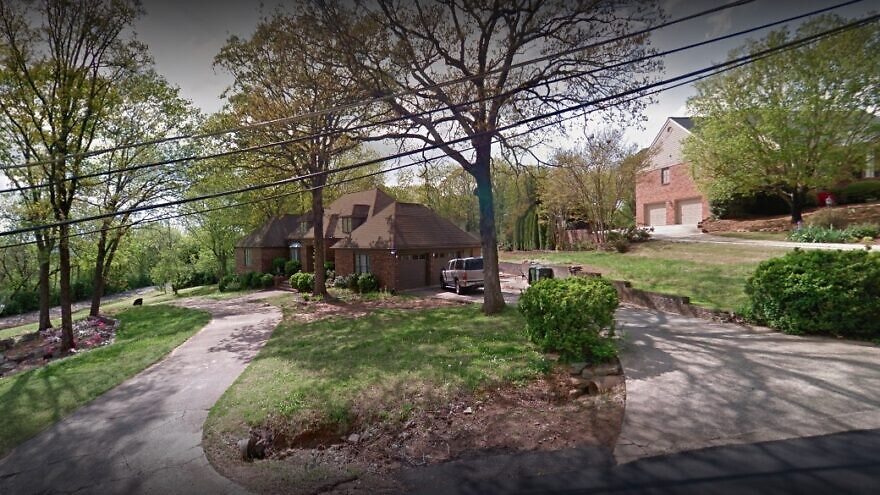 (April 13, 2020 / JNS) Swastikas and anti-Semitic graffiti were spray-painted on two synagogues in Huntsville, Ala., over the Passover holiday. Etz Chayim Conservative Synagogue of Huntsville was vandalized on April 8, the first night of Passover, and Chabad of Huntsville vandalized the following night.

“This vandalism is a direct anti-Semitic attack on the Jewish community, and on one of our most sacred holidays of unity and liberation: Passover. Anti-Semitism is an enormous problem in our communities, and we must continue to stand up and prevent its normalization,” said Allison Padilla-Goodman, the Anti-Defamation League’s vice president of the Southern Division.

Alabama is home to an approximately 9,500-strong Jewish community. Police have released surveillance footage of a suspect.

Speaking to the media after the vandalism at Chabad, Huntsville Police Chief Mark McMurray noted that the state passed a hate-crimes law last year that targets “any individuals like this, who take their hate out and represent it in such a way as they commit a crime of criminal mischief, which is directed at somebody’s religious belief, which is what we believe has happened here. … This criminal mischief has just taken a whole higher meaning now with what’s taken place here last night and the night before at the synagogue.”

McMurray added that a $2,000 reward through the Crime Stoppers program is being offered for tips leading to the arrest, and that the value was expected to rise as members of the public were donating to the program specifically to apprehend the vandal.

Huntsville police have released photos from surveillance footage of a suspect. Not great quality, but it’s what they have. Anyone with info about the vandalism at the synagogues is asked to call crime stoppers at 256-532-7463. pic.twitter.com/TD2e34sHQe

On Monday morning, Rabbi Moshe Cohen said the attack at the Chabad House, which is also his family’s residence, will only spur him and his wife, Mushky, to increase their activities and programs in northern Alabama.

He also announced a fundraising initiative to ensure that Jewish community has needed equipment and supplies to ensure its safety with the first $30,000 being raised to be matched by private donors.

After the initial vandalism at Etz Chayim, Huntsville Mayor Thomas Battle said his city is an “inclusive community; we stand side by side with our Jewish brothers and sisters and people of all faiths. Any offense against one is an offense against all.” The following day, after the attack on the Chabad House, he reiterated that his city was a place where all are welcome.

“There’s anger here, there’s a sadness, there’s a feeling that it’s very hard to deal with in this. The rabbi and his family are a great group and great people, and we are going to make sure we protect our community and stand by them,” Battle said on Friday. “There are a number of churches who are here already to clean up and to help wipe out this stain that is thoughtless, senseless, stupid and shouldn’t have happened.”

Also showing their support to the affected synagogues were the leaders of other Jewish congregations in Alabama.

“We may be different congregations, but we are all part of the greater Jewish Community of Huntsville, Alabama,” Rabbi Eric Berk and the leadership of Temple B’nai Shalom in Huntsville wrote on Facebook after the vandalism of Etz Chayim. “We stand together united against all forms of anti-Semitism and hate speech. We are still one people.”

The lay leaders of Congregation Beth Shalom in Auburn, Ala., wrote on Facebook: “Our members and friends have ties to at least one of these congregations. Beyond those ties, though, we are connected as a larger Jewish community, connected across denominations. We stand together against anti-Semitism and hate as a whole.”