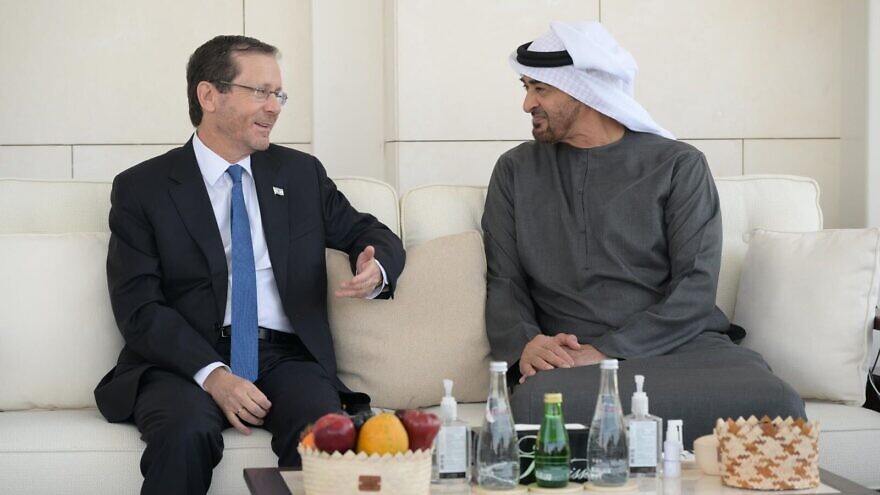 (January 8, 2023 / JNS) The United Arab Emirates Embassy in Washington, D.C., confirmed on Jan. 5 that Holocaust education will be incorporated into the Gulf state’s curricula.

“In the wake of the historic Abraham Accords, the U.A.E. will now include the Holocaust in the curriculum for primary and secondary schools,” the embassy said in a statement.

The U.A.E. is the first Arab state to introduce Holocaust education in its national curriculum.

IMPACT-se, the Institute for Monitoring Peace and Cultural Tolerance in School Education, an Israeli NGO which monitors the content of school textbooks, worked with the U.A.E. Education Ministry to develop a curriculum framework, having been invited last March by U.A.E. Education Minister Hussain bin Ibrahim Al Hammadi to meet with officials in Abu Dhabi.

“The United Arab Emirates has been leading the way in peace and tolerance education in the region for some years,” said IMPACT-se CEO Marcus Sheff.

“IMPACT-se is delighted that they have taken this important step in educating about the Shoah and humbled to have partnered with the Ministry of Education.”

Al Nuaimi, a member of the U.A.E. Federal National Council and Chairman of the Defense Affairs, Interior & Foreign Affairs Committee at the Council, said, “Memorializing the victims of the Holocaust is crucial.”