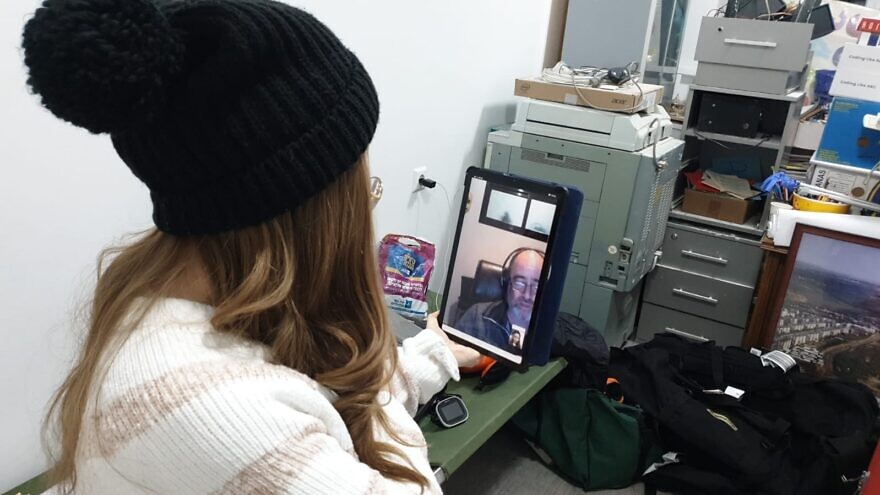 (March 11, 2022 / JNS) An estimated 80,000 Ukrainian women will give birth in the next three months without access to critical maternal care as a result of the Russia-Ukraine war, according to the United Nations Population Fund (UNFPA).

Israel is hoping that its innovative technology and certain tools will help ensure that these women remain healthy—with many now living under extreme circumstances, including being on the run with shortages of food and water—and deliver healthy babies.

Dr. Galia Barkai, head of Sheba Medical Center’s “Sheba Beyond” virtual hospital, said she saw the potential to use technology as part of the country’s response to the humanitarian crisis in Ukraine and pushed to send her hospital’s chief technology officer to the field. And so, for nearly two weeks, Sarit Lerner has been with a United Hatzalah mission in Moldova, focused on monitoring pregnant women. She runs ultrasounds and other essential pregnancy examinations, sending the results immediately back to Sheba specialists for review.

“It is not like we have saved any lives currently,” Dr. Avi Tsur, director of Obstetrics and Gynecology Beyond, told JNS. “Most of the clinical cases so far have been very trivial, like using the results to help change their medication. But it is an extremely exciting moment when a woman sees that her baby is alive; it is reassurance.”

And the level of care is about to change.

Sheba is expected to send a field hospital to Ukraine next week with a full team of “Sheba Beyond” doctors and other medical personnel.

Barkai noted three goals: to bring Sheba specialists and knowledge to the field by offering remote consultations and monitoring by Sheba doctors; to reinforce the field hospital with technologies that will allow them to better monitor their patients; and to communicate with Ukrainian hospitals via telemedicine technologies to improve overall care in the war-torn region. 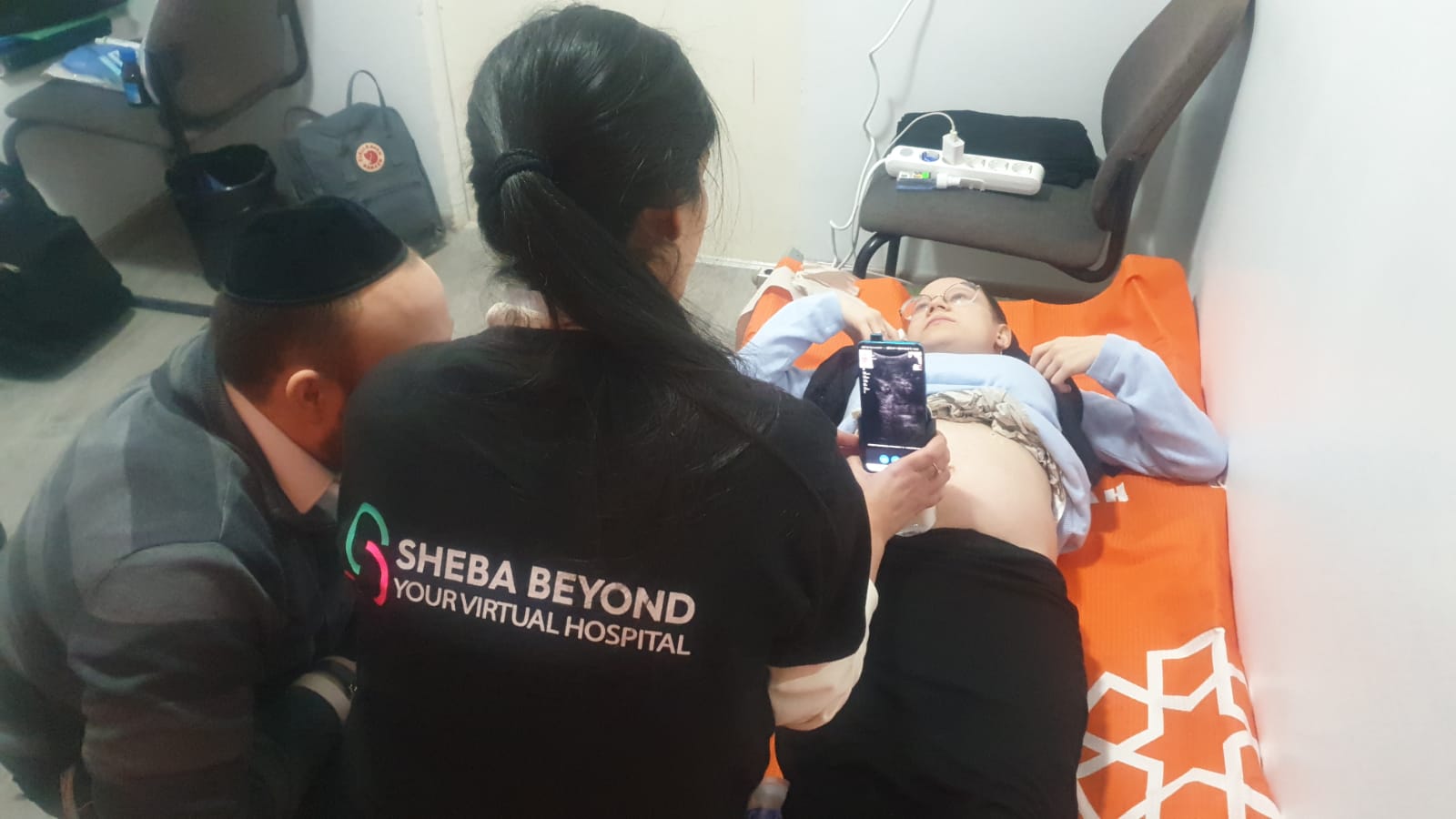 If the hospital takes off, this will be Israel’s first civilian field hospital. Until today, these missions were handled by the Israel Defense Forces.

The medical delegation is set to include dozens of Sheba Medical Center doctors and other medical volunteers from across Israel, including pediatric specialists from Schneider Children’s Medical Center of Israel.

“The field hospital will feature some of the most innovative technology in the world, enabling us to treat thousands of patients,” said Sheba director-general Professor Yitshak Kreiss. “As an Israeli, I feel a great sense of pride to work in the medical field where all of us can contribute to humankind and offer hope without boundaries.”

Israel’s Health Minister Nitzan Horowitz visited the facility last week and expressed extraordinary pride in the hospital, too. “This is the least we can do to help the Ukrainian people in the face of a brutal Russian invasion,” he said.

“Why do we need to die from something that can be prevented? We want to bring a revolution to the world.” — llumigyn vice president Yam Salman

Sheba said the mission was being arranged in collaboration with the Foreign Ministry and the Clalit health fund. However, at the end of the week, it ran into a public challenge: The Finance Ministry, headed by Avigdor Lieberman, is not willing to budget for the establishment of the hospital.

Lieberman’s spokesperson told JNS that the minister “heard about the establishment of the Sheba field hospital from the media” and that the hospital could cost billions of shekels.

He said Kreiss dreamed up the idea and started moving forward without consulting the right people.

“You have to follow the correct protocols,” said the spokesperson. “The state was not informed of this, and now they [the doctors] expect the money to come from the Finance Ministry, and it just might not be there.”

But Sheba said it is determined to set up the hospital, even if it has to be fully funded by donors.

So far, according to Brian Abrahams, CEO of American Friends of Sheba Medical Center, some $160,000 has been raised, and the fundraising campaign is “still going strong.” 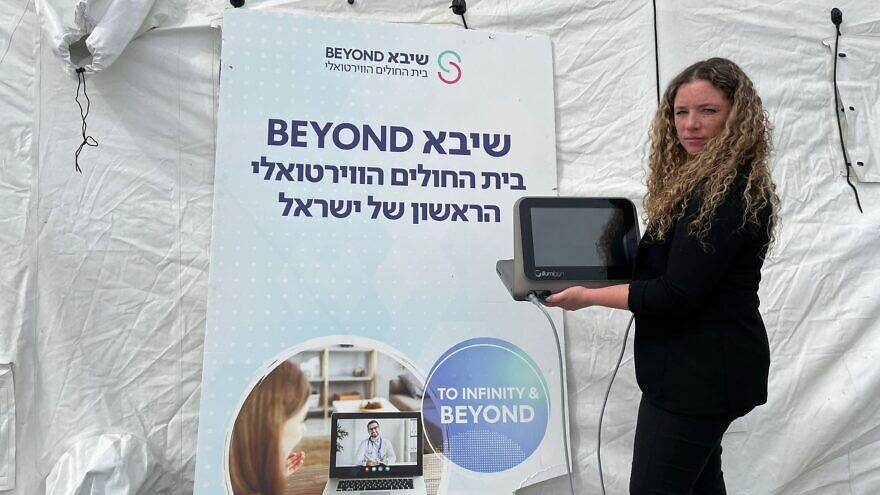 ‘It all starts with an app’

In the meantime, Sheba is staffing up.

For women’s care, Barkai said that two OB/GYNs and a small team of midwives will accompany the mission, as well as a team of technicians who can use the digital equipment in the field and report back to Israel. The equipment includes two kinds of ultrasounds, a baby monitor, a digital urine test and more.

Tsur launched the obstetrics and gynecology department of Sheba Beyond to provide care to overdue pregnant women and women with high-risk pregnancies in Israel, as well as those who live in more remote areas, to reduce the number of times they had to travel from home to Sheba to get monitored or check their vital signs. This has made care for these women easier and more comfortable.

In Ukraine, this could be the only kind of care that these women can receive and, in some cases, be the difference between the life and death of their babies.

The “hera” comes from Hera the Greek goddess of fertility and the Hebrew word for pregnancy, herayon, explained the company’s CEO and co-founder David Groberman.

“Our platform includes hardware components and software elements, but it all starts with an app downloaded by the expecting mom. The technology can be operated by any health-care professional—a nurse, midwife or even a technician,” he told JNS.

The results of any examination can be shared privately but directly with a physician in real-time through the cloud, allowing the doctor to provide analysis and recommendations as required. A professional dashboard is available for the physician.

“Anyone from Sheba’s team can download the app and use the device, putting it on the expecting mother’s belly,” said Groberman. “The app guides the user how to use it; there is no need for professional standing.”

Ultrasounds, for example, can last two to three minutes or up to 20. Then, the device can be cleaned, and another woman monitored. Groberman said dozens of patients could be monitored in a single day. 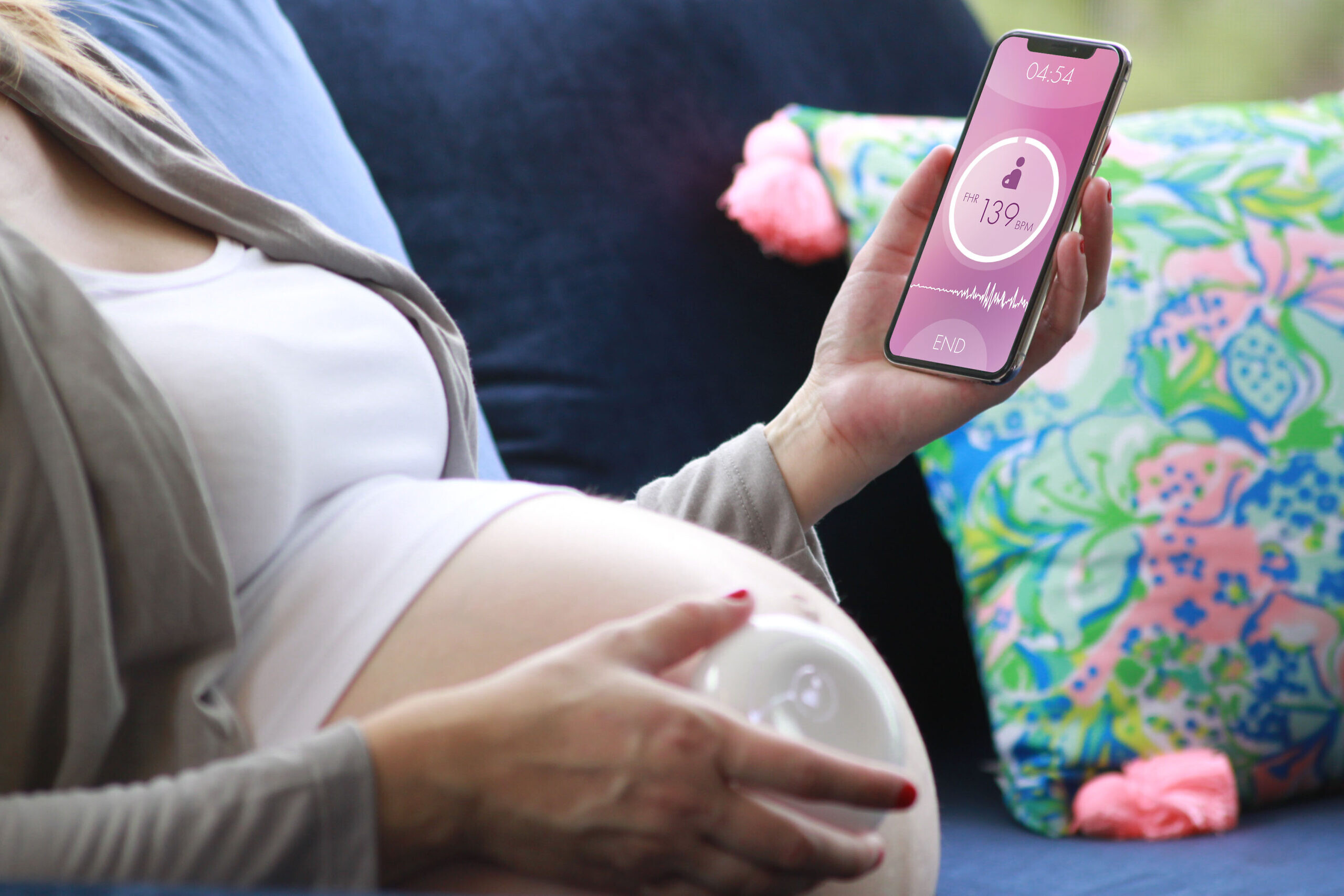 The digital documents are saved securely to the cloud and can be used for remote diagnosis, ongoing medical supervision and additional consultations without the need to repeat the procedure, according to the company’s website. And, like HeraMed’s systems, since the Gynescope system can be operated by any trained caregiver or a nurse practitioner, it opens up the ability for women to be screened and diagnosed even in remote locations without physical access to physicians, such as the Ukrainian war zone.

“These women are under attack, and there is no doctor available most of the time,” llumigyn vice president Yam Salman told JNS. “With the Gynescope, everything is remote. This way, we can help women in Ukraine get the best gynecology examination in some cases without even leaving their homes.”

It is one of the few technologies that Sheba is bringing but that has not actively been used by the hospital yet. Devices were donated by the American Jewish Joint Distribution Committee for the field hospital. Extras were also supplied that can stay in Ukraine even after the Sheba mission. The goal is for Sheba technicians to train Ukrainian technicians and then let them do this monitoring themselves. 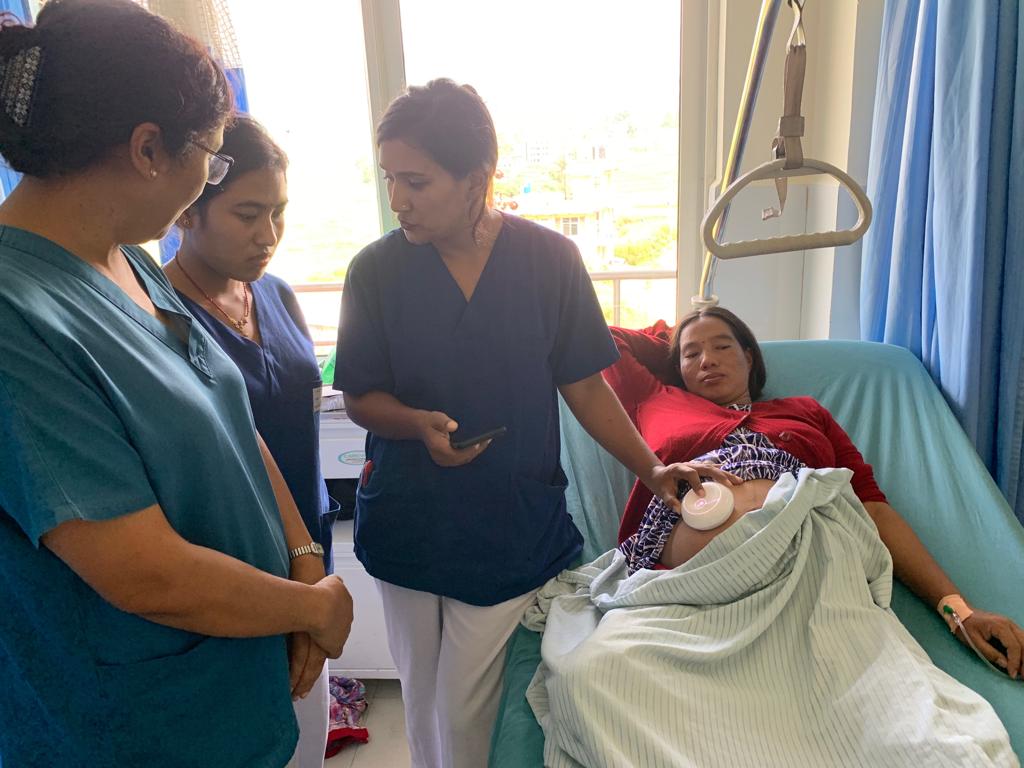 HeraMED has sent its technology into the field in the past. Here, a technician uses the medical device in Nepal. Credit: Courtesy of HeraMED.

Salman said the Gynescope highlights one key aspect of her company’s goal, which is to “democratize women’s health.” She hopes that Ukraine will be the first of many countries that implement the technology.

“Cervical cancer is the fourth cancer worldwide that causes death under the umbrella of women’s cancers,” Salman said, “but this sad statistic is highly preventable.”

The problem is that early detection is not accessible for all women in the world, especially in developing countries such as Africa, where it is the second death-causing woman’s cancer.

“We want to develop the Gynescope system so that someone from a village in Africa can perform the examination and any expert, anywhere in the world, can check that examination,” said Salman. “Why do we need to die from something that can be prevented? We want to bring a revolution to the world.”

Tsur said the revolution has already started at Sheba.

“We can do so much remotely now that even two years ago we thought was not possible,” he said. “Telemedicine keeps surprising us.”

Barkai agreed. She said that when she started Sheba Beyond, she had not envisioned using it for humanitarian care and health, but “if we can use these technologies in the field, this can really change the paradigm of what humanitarian help can be.”