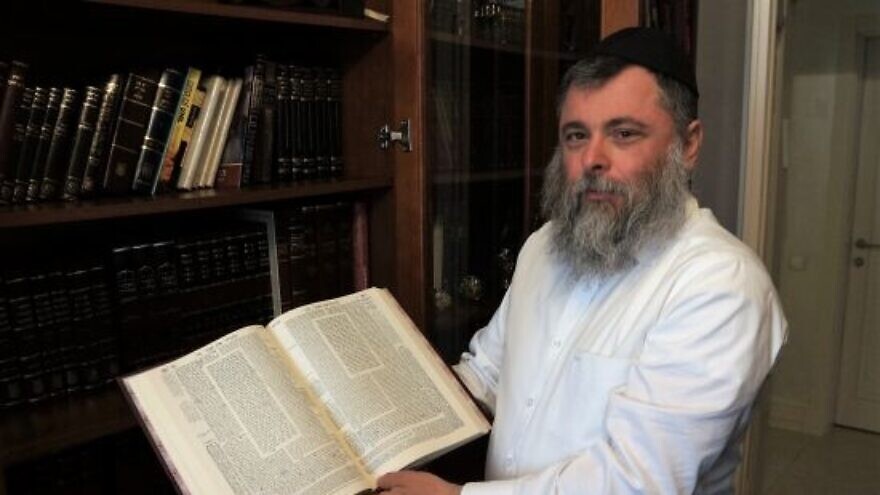 (September 8, 2020 / Israel Hayom) The Ukrainian parliament has awarded Rabbi Jonathan Markowitz, chief rabbi of the Ukrainian city of Kiev, a medal of honor for his 20 years of service in the city, as well as his contribution to the welfare of Ukrainian citizens.

Markowitz’s son, Ariel, said his father is “the only rabbi in the history of Ukraine to be awarded to President’s Medal, and only the fourth religious figure in history to be so honored.

“My father’s grandfather was a rabbi in Ukraine at a time when he had to hide his activity, and now my father is receiving a citation signed by the president. It’s amazing,” said Ariel Markowitz.

For the past 20 years, Markowitz Sr. has served as the Chabad-Lubavitch emissary in Kiev, as well as the city’s chief rabbi. He has been at the forefront of extensive social and educational activity, which only increased after the onset of the coronavirus pandemic.

“We published the phone numbers of [Jewish] community [resources] and helped every citizen who reached out, without asking if they were Jewish,” said Ariel Markowitz.

Currently, Markowitz has been working to find a solution to the crisis caused by the ban against Chassidic Jews flying to Ukraine to mark the High Holidays at the burial site of Rabbi Nachman of Breslov—to prevent the spread of COVID-19—an issue that has become a flashpoint in Israel and the Jewish world.

“My father helped get the Chassidim held in Ukraine released,” said Ariel Markowitz. “He was in contact with [Israeli] Interior Minister Aryeh Deri, and also spoke to whoever he needed to in order to have them allowed in. He tries to do good wherever he can.”