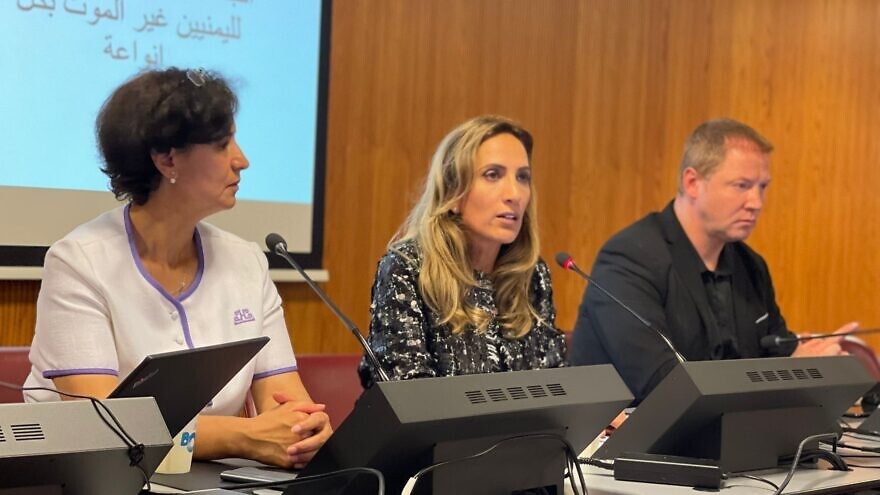 (September 24, 2021 / JNS) A conference spotlighting the oppression of Yemen’s minorities by the Iranian-sponsored Houthi rebels occurred Monday on the sidelines of the 48th session of the U.N. Human Rights Council in Geneva, which takes place from Sept. 13 to Oct. 8.

The conference, sponsored by the European Organizations Union for Peace in Yemen and the Yemeni Coalition of Independent Women, took place on the anniversary of the Houthi takeover of the country (Sept. 21, 2014) and looked specifically at Houthi mistreatment of Jews, Baha’is and women.

The United Nations considers war-torn Yemen the “world’s largest humanitarian crisis” with 20.7 million people, or 66 percent of the population, requiring humanitarian assistance, according to a U.N. report released in February. Amid the war, supply shortages and natural disasters that have affected all Yemenis, minorities and women have endured double torment due to persecution by the Houthis, an armed Shi’ite movement that controls most of Yemen.

Speaking at the conference, former U.S. Deputy Envoy to Combat Antisemitism under the Trump administration, Ellie Cohanim, noted the deeply anti-Semitic, Nazi-like nature of the Houthis.

“We have to be very careful when making any comparisons with the Nazis,” she explained. “But incredibly enough, there is much video evidence which has surfaced online over the years with the Houthis mimicking the Nazis, and expressing anti-Semitic and anti-American rhetoric during their ceremonies, military recruitments and other large gatherings, including videos in which the Houthi militia performed the Nazi salute.’ ”

She said the Houthis’ founder—Hussein al-Houthi, for whom the group is named—took credit for coming up with the hateful slogan. “In a sermon at a school hall in January 2002, Hussein al-Houthi announced that he was the first to start a chant against America, Israel and Jews.” 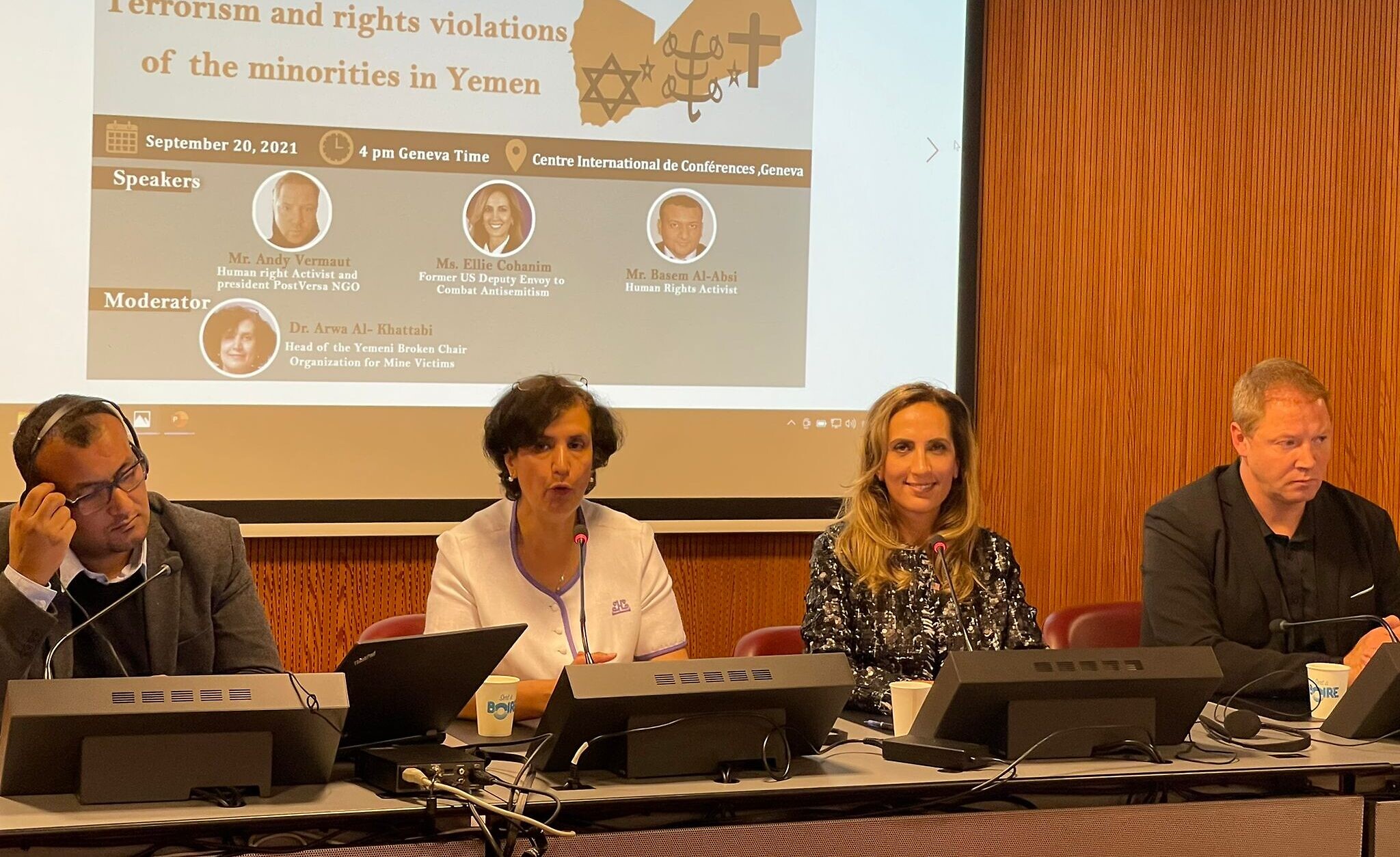 ‘We call on the Houthis to respect religious freedom’

Cohanim said “the Houthis have engaged in a policy of ethnic cleansing of Yemen’s Jews. Even prior to the civil war in 2015, we saw the Houthis begin their campaign against the indigenous Jewish community with their 2007 expulsion of approximately 70 Jewish individuals who lived in the Houthi stronghold town of Sa’adah.

“Nearly all of the last Jews, 13 from three different families were driven out in March,” she continued. “There is now only a handful left of the once 50,000-strong community. Most of them were flown to the Jewish state during an Israeli operation in 1949 to 1950.”

One of the few still in the country, Levi Salem Musa Marhabi, has been imprisoned since 2016, jailed for allegedly helping a Yemeni Jewish family flee to Israel with a Torah scroll. The Yemenis were particularly aggrieved about the loss of the scroll, which despite their mistreatment of Jews, they consider a national treasure.

Cohanim called for his immediate release.

“It is well over time for the Houthis to release Levi Marhabi, whom they have now wrongfully detained for close to five years,” she said. “Levi Marhabi is an innocent man. His only crime is that of being a Jew.”

She told JNS, “I understand that Levi Musa Marhabi’s prison conditions are horrific and that his health condition has seriously deteriorated.”

She said there are two campaigns underway to obtain his release. “Today, the American Sephardi Federation in the United States and the Combat Antisemitism Movement organization, which is the world’s largest umbrella group dedicated exclusively to combating global anti-Semitism, have launched a campaign for the release of Levi Musa Marhabi.”

On Nov. 10, 2020, the U.S. State Department called for Marhabi’s freedom. “We call on the Houthis to respect religious freedom, stop oppressing Yemen’s Jewish population, and immediately release Levi Salem Musa Marhabi,” it said in a statement.

“The Houthi militias who are wrongfully detaining Levi Marhabi should understand one thing—the international community is watching them. World Jewry is watching them. The Houthis and their patron state in Iran will be held responsible for the well-being of this Jewish man, and we will not rest until Levi Marhabi is released,” Cohanim said in her address.

She noted to JNS that it was significant that the plight of Jews was included in the conference. “These Yemeni human-rights organizations who have organized this conference … understand that the Jews of Yemen were an indigenous people, they were part of the fabric of Yemeni society for thousands of years … [they] understand that the Houthis’ ethnic cleansing of the Jews is a significant part of the Houthis overall egregious human-rights abuses against the people of Yemen.” 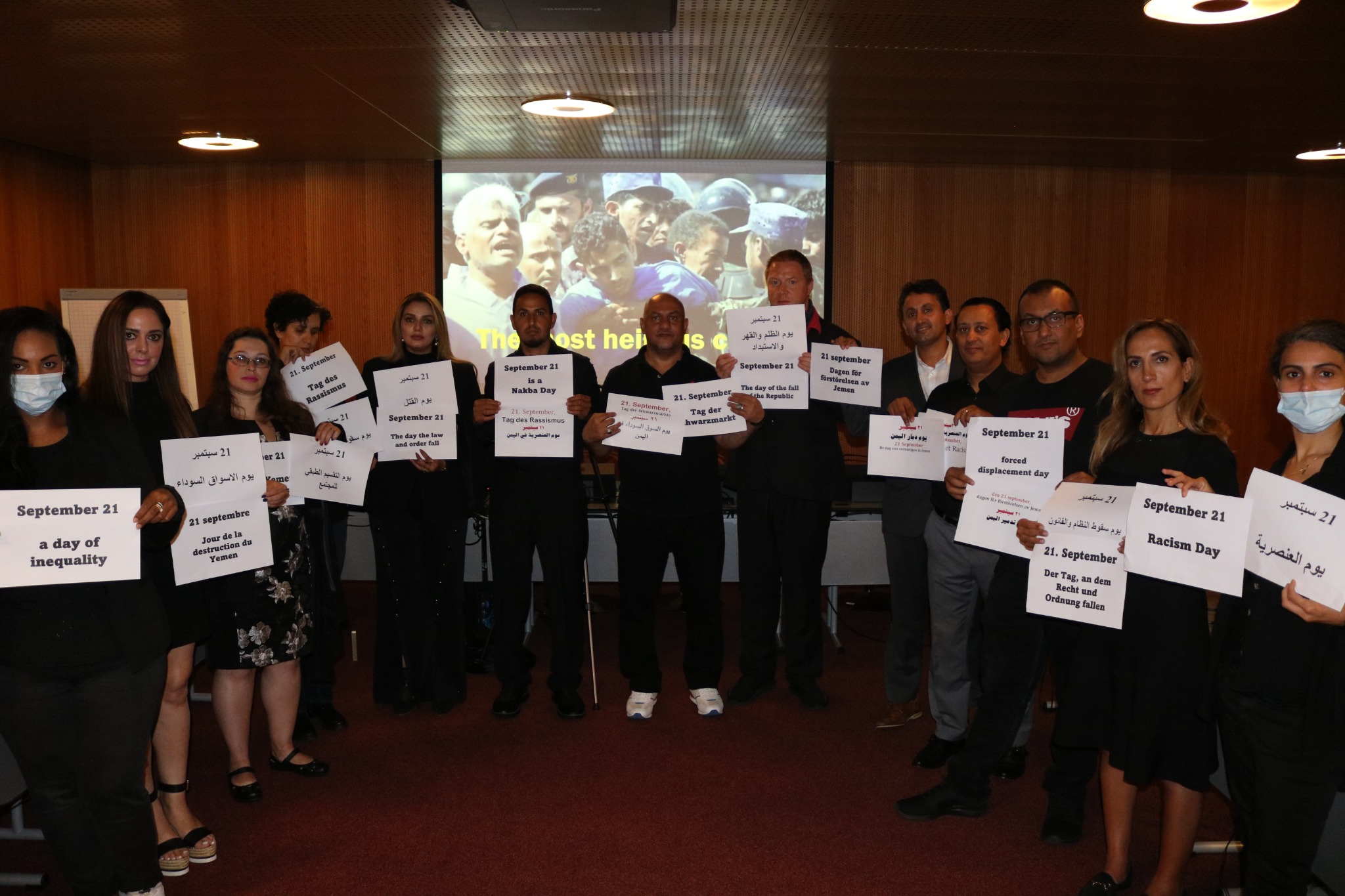 Speakers and attendees at the “Terrorism and Rights Violations of the Minorities in Yemen” conference hold up signs to mark the anniversary of the Houthi takeover of Yemen’s capital, Sa’ana, Sept. 21, 2021. Credit: Courtesy.

Irina Tsukerman, a human-rights attorney and editor-in-chief of The Washington Outsider, who is a partner of the Yemeni Coalition of Independent Women that co-sponsored the conference, told JNS that the Houthis “not only seek to constrain women’s rights and make them into second-class citizens, but to erase them from the public space altogether.”

“They don’t recognize women as serving any function other than the role of slaves at home; women are routinely married off as minors for sums of money,” she said.

“The Houthis, while subscribing to the Khomeinist ideology and Iran’s exportation of the Islamic Revolution around the region, pride themselves on being more fanatical and radical than the Iran regime,” she said.

Among their repressive measures (more than 13 were added in recent months, she says) are “female police modeled after Iranian female enforcers.” They have the authority to enter homes and make sure that even the clothing women wear inside complies with modesty standards.

Another method the Houthi regime employs is the imprisonment of female critics of the regime, typically falsely accusing them of prostitution to ruin their reputations, she said. Often, they are imprisoned with their children. “Inside prisons, women face mass harassment, rape and torture; many are suicidal as a result.”

She said there are two women on death row. One, a model, Entesar Al Hammadi, was tortured and tried by a kangaroo court. Another, Asma Al Omeisi, “faces imminent execution on security charges.”

The Yemen Coalition of Independent Women and its partners “have documented nearly 1,200 cases of women being arbitrarily detained, abducted, arrested and imprisoned,” said Tsukerman. Yet international women’s rights organizations have been “largely silent” about the Houthis’ persecution of women and have shown no interest “in campaigning for the release of these prisoners and detainees.”

“Women from minority backgrounds suffer twice—as women and as minorities, facing racism and ostracism,” she said.

Andy Vermaut, president of human-rights NGO Post Versa, who spoke at the conference, focused on the Houthi mistreatment of the Baha’is, of which there are an estimated 2,000 in Yemen.

Describing the Houthis as the “Hezbollahs of Yemen” who “are in fact the representatives of the Iranian state in Yemen,” Vermaut said they have exported Iran’s “bloodthirsty policy” towards the Baha’i.

“I don’t understand why the Houthis were removed from the U.S. terror lists since they harass individuals for their beliefs and even execute them without any fair trial,” he said, referring to the U.S. decision in February to remove the Houthis from the Foreign Terrorist Organization (FTO) list.

Cohanim told JNS, “It was a shock to all that the Biden administration reversed this FTO designation almost immediately after taking office in what most understood to be an overture or perhaps even a gift to the Houthi’s patron state of Iran.” 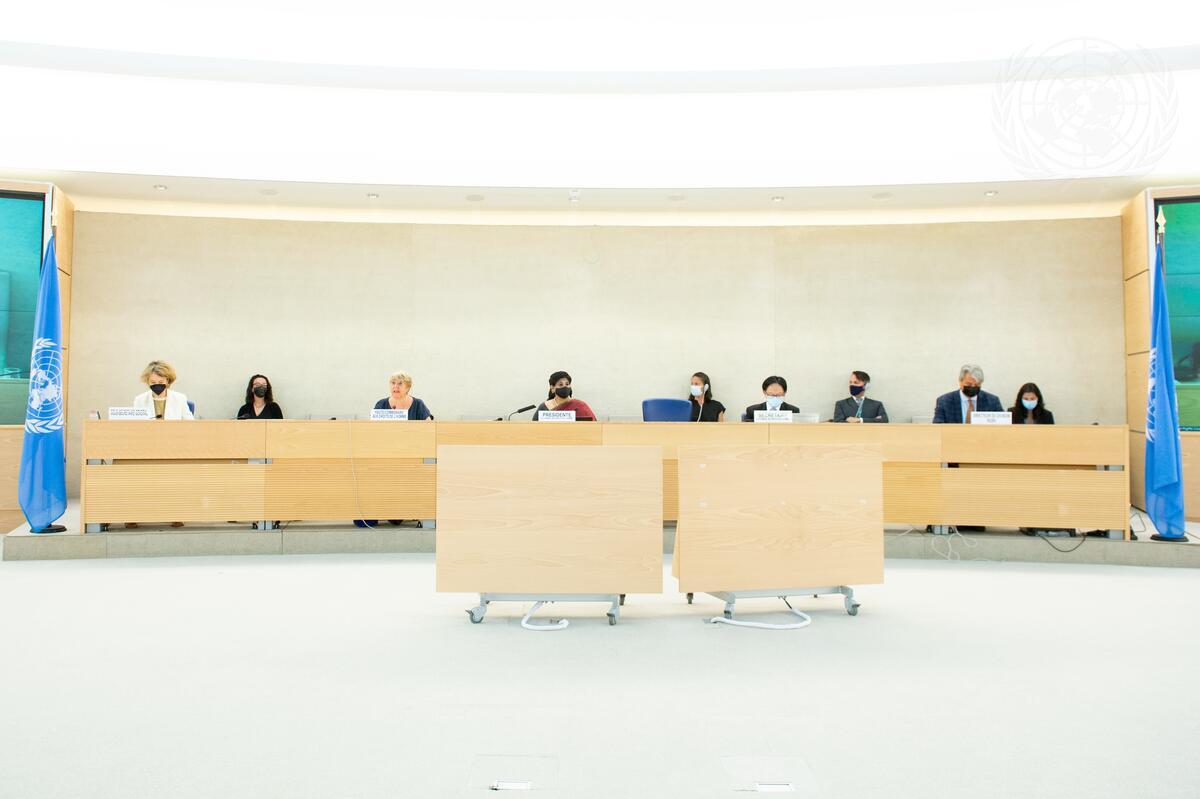 The opening of the 48th session of the U.N. Human Rights Council. Credit: U.N. Photo/Violaine Martin.
Republish this article in your newspaper or website