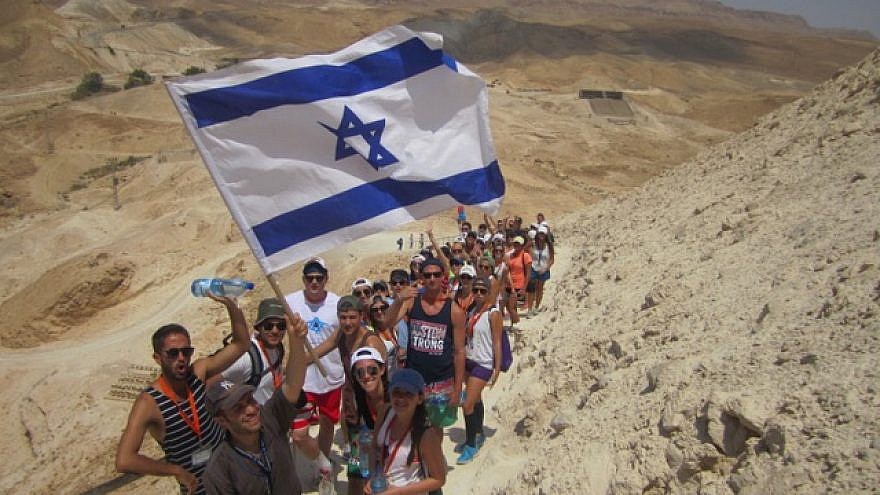 (November 18, 2022 / JNS) U.S. Jews who participated in Birthright trips to Israel are more highly identified and engaged in communal life than their peers who did not, according to an analysis of the Pew Research Center’s 2020 survey of American Jews conducted by researchers at the Cohen Center for Modern Jewish Studies at Brandeis University.

The profound disparity in attitudes and behavior also held true when the analysts took into account differences in the respondents’ backgrounds.

Among the adults surveyed by Pew, nearly 45% had been eligible to participate in the free 10-day Birthright Israel heritage trips. The Brandeis researchers, led by Professor Leonard Saxe, analyzed the raw data made available by the Pew Center. The findings are to appear in the academic journal Contemporary Jewry.

Saxe and colleagues performed an analysis that compared respondents of similar backgrounds—some of whom had participated in Birthright and others who had not been to Israel. The survey included questions about Jewish identity, religious observance, cultural involvement, connections and attitudes towards Israel, perceptions of antisemitism and political leanings.

Those who had participated in Birthright were:

According to Saxe, “More than 20 years have passed since Birthright Israel’s inception and we now have sufficient data from a national study of Jews to evaluate the impact of Birthright Israel. Pew’s survey enables us to look at a whole generation and see differences between those who went on a Birthright trip and those who did not.”

He also told JNS, “The findings validate multiple evaluation studies of Birthright’s impact conducted since the program’s inception. They demonstrate that Birthright Israel creates meaningful changes in Jewish identity and engagement that are shaping the future of American Jewish life.”

Since 1999, Birthright Israel has brought more than 800,000 young Jewish adults, from 68 countries, on 10-day trips to Israel. The goal is to introduce them to Israel’s ancient roots and modern wonders, as well as to strengthen a connection to Israel and encourage them to lead Jewishly engaged and informed lives.

Gidi Mark, Birthright Israel CEO, told JNS that “since its inception, Birthright has evolved from the traditional 10-day trip to cater to the growing needs and interests of our participants, such as specialized trips for professional development opportunities, those with accessibility needs, the LGBTQ community and much more. Today Birthright Israel offers numerous programs from days to several weeks, including internships, business fellowships and working opportunities in the Israeli hi-tech scene.”

Mark told JNS, “I think it goes without saying that connecting young Jewish adults to Israel means connecting them to their Jewish identity. It is not a coincidence that according to this new study, Birthright participants are substantially more likely to marry Jews. Additionally, many of our participants are students who come from college and university campuses across the U.S. where incidences of antisemitism are increasing, leaving them feeling beleaguered and isolated. We know that after going on a Birthright trip these students feel more confident, supported and prouder of their identity. They also speak about these events and antisemitic encounters while on the trip.”

Saxe told JNS, “The Pew data documenting Birthright Israel’s positive impact seems particularly important in light of questions about the relationship between Israeli and American Jews. Birthright brings together young Jews from around the world and enables them to get to know and understand one another. The data confirm that knowing leads to a sense of connection and mutual responsibility.”