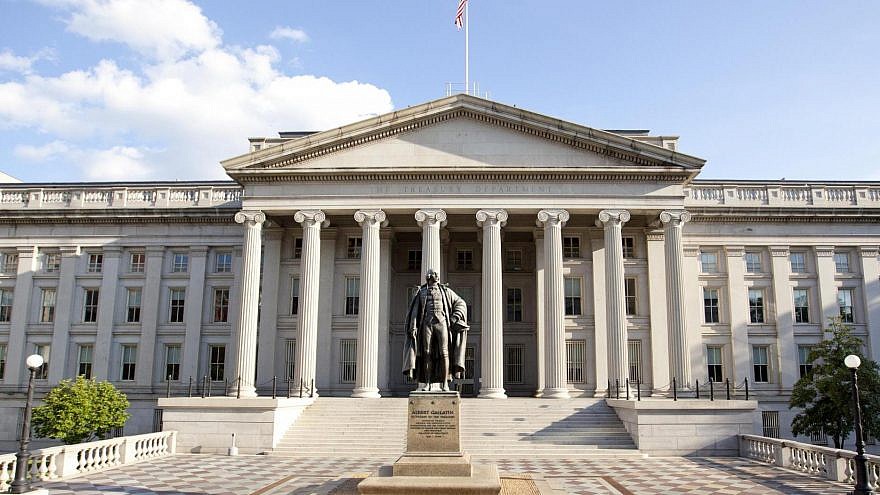 (December 22, 2020 / JNS) The United States on Tuesday enacted new sanctions on Syria, including targeting its central bank and the wife of Syrian President Bashar Assad.

In a statement, the U.S. Treasury Department said it sanctioned two individuals, nine business entities and the Central Bank of Syria, adding them to the department’s Specially Designated Nationals and Blocked Persons List.

“One year ago this week, [U.S.] President [Donald Trump] signed into law the Caesar Act of 2019, an important step, reaffirmed by today’s action, in holding accountable the Assad regime for the atrocities it has committed against its own people,” said U.S. Treasury Secretary Steven Mnuchin in the statement. “The Treasury Department will continue to use all of its tools to expose those who stand with the Assad regime and enable these crimes to continue.”

The U.S. State Department also sanctioned Asma Assad, the wife of the Syrian president, for spearheading “efforts on behalf of the regime to consolidate economic and political power, including by using her so-called charities and civil society organizations,” said U.S. Secretary of State Mike Pompeo in a statement. The department also sanctioned several members of her family.

Asma Assad was previously sanctioned by the United States in June under the Caesar Syria Civilian Protection Act of 2019.

The latest U.S. action against her was in accordance with a 2019 executive order titled “Blocking Property and Suspending Entry of Certain Persons Contributing to the Situation in Syria.”