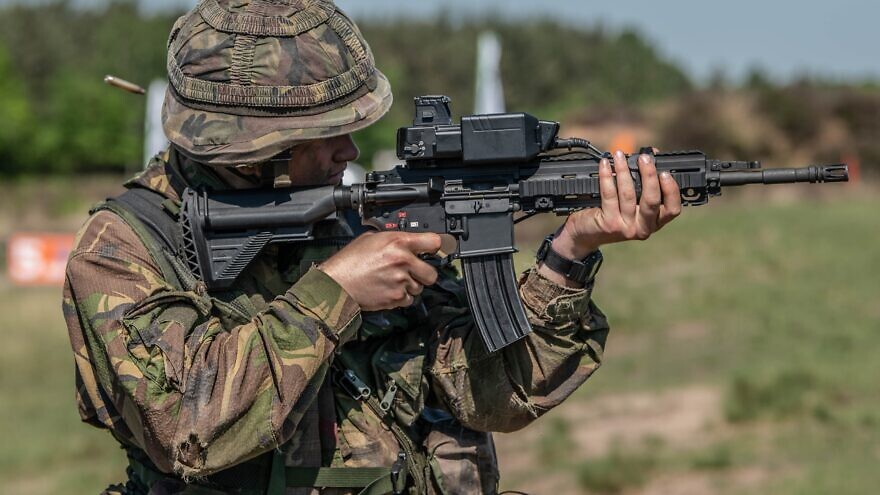 (October 4, 2021 / JNS) The Israeli defense company Smart Shooter, which develops fire-control systems designed to significantly increase the accuracy and lethality of small arms, announced on Monday that it signed a contract with the U.S. Marine Corps Warfighting Laboratory for the purchase of several Smash 2000 systems for test and evaluation.

The agreement was signed with the Laboratory’s Rapid Capabilities Office, according to the statement.

Smash 2000 is designed to ensure that each round finds its target, in both day and night conditions, according to the company’s website. Its systems are external add-on solutions that can be integrated into any type of military rifle.

“Once the user identifies the target (independently or using the detection system guidance) and locks on it, Smash tracks its movements and synchronizes the shot release to assure a fast and precise hit on the target,” said the company.

The Israel Defense Forces employed this technology in recent years to allow soldiers to shoot down drones and incendiary devices sent over the border by terrorist operatives in Gaza.

“The company has also signed a cooperative research and development agreement with U.S. Naval Surface Warfare Center, Crane Division. Under this agreement, the U.S. Navy will evaluate the use of Smash technology on ships and vessels for counter-UAS [Unmanned Aerial Systems] purposes,” said the statement.

“This collaboration aims to perform joint integration and evaluation of Smart Shooter’s technology with weapons and ammunition currently supporting the U.S. Navy’s mission. With an increased hit probability for small unmanned aerial systems and increased engagement range, [the] technology has demonstrated the potential to increase the Navy’s ability to engage small unmanned aerial systems at the individual level, using existing weapons and ammunition in inventory,” it added.

CEO Michael Mor said the company plans to present its technology at the Association of the United States Army (AUSA) exhibition in Washington on Oct. 11-13.