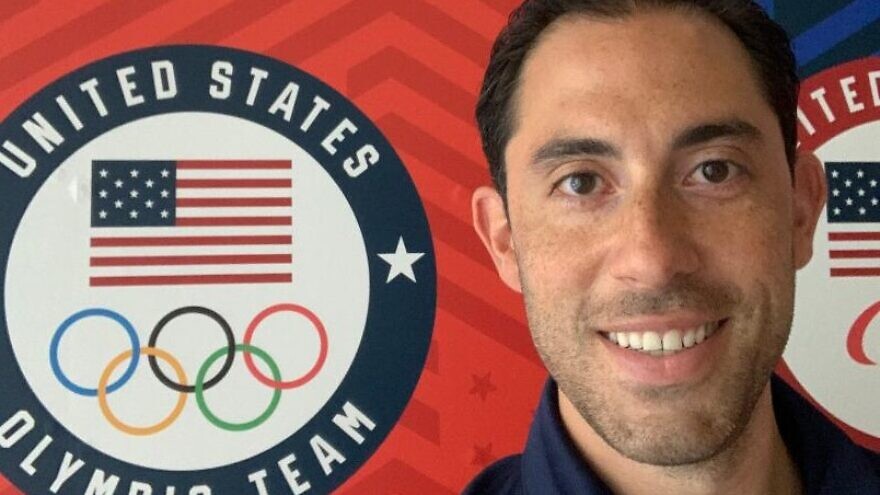 (August 20, 2021 / JNS) As a captain point guard for his junior varsity basketball team at the Hebrew Academy of the Five Towns and Rockaway, Ariel Nassim led the Hawks to a championship about two decades ago. While he wouldn’t be good enough to be an Olympian athlete, the physician, who specializes in internal medicine and sports medicine, recently returned from Tokyo, where he was a doctor for the U.S. Olympic Committee.

His mission: making sure about 450 American athletes were in top shape.

Dr. Nassim, who has offices in Long Island’s Great Neck area and in Queens, has worked with the National Basketball Association’s Brooklyn Nets and the U.S. Open tennis tournament. So, when it came time to work at the Olympics in Tokyo, he wasn’t as star-struck as some other doctors might’ve been.

The 35-year-old physician, who graduated from the New York Institute of Technology College of Osteopathic Medicine in Old Westbury, N.Y., said it was sweet to see the U.S. men’s basketball team win gold in Tokyo despite talk that the squad might not medal after losing multiple exhibition games.

“I think the global scale of men’s basketball has evened out a little, but I didn’t think our team would lose,” said Nassim. “I had a feeling the team would get it done. You have to realize some teams like France have NBA players and play longer together and can mesh well, but I knew we would win it.” 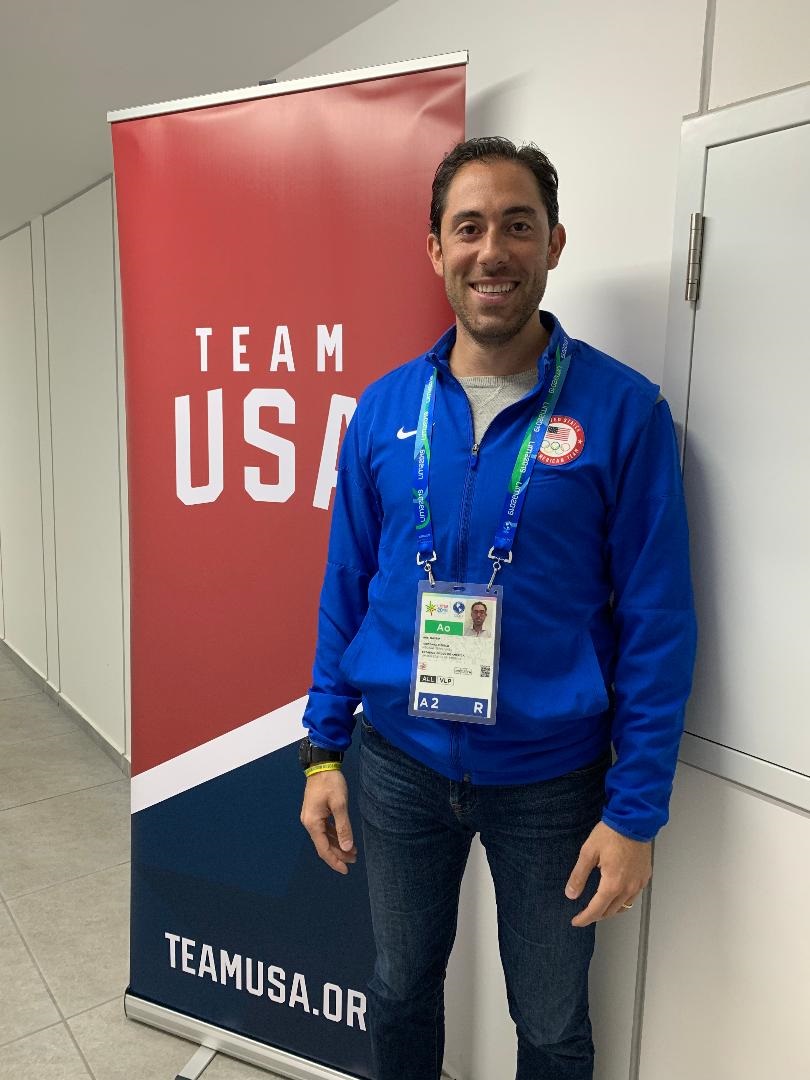 He said he had no reservations about accepting the offer to go to Tokyo, despite the fact that Japan had among the world’s lowest reported rates of vaccination against COVID-19 at that time. Fans weren’t allowed at competitions.

“It was an amazing privilege,” he said. “I was in the thick of it treating patients that had COVID for the last year-and-a-half. So to go to a country where I knew precautions would be taken, and because I was already vaccinated, I wasn’t worried. The Olympic Committee did a great job in terms of testing, preparation and protocols. At no time did I feel in danger. I had masks and felt very protected.”

While some sponsors pulled out and others even wondered if the Olympics would be able to make it through to the end without a major outbreak, Nassim said some reports were overblown.

“There were so many things I would read in the media that seemed sensationalized, but when I’d be in the Olympic Village, it was like a nothing issue,” he said.

He laughed that some people at the Olympics complained about beds made of cardboard. He said he had no problem with it.

“Yes, my bed was made of cardboard,” he confirmed. “It was a perfect bed, and it was designed that way for environmental reasons, so it was recyclable. It didn’t hurt my back at all. If you ask my wife, my mattress at home is probably worse.”

These Olympics were marked by gymnast Simone Biles and tennis star Naomi Osaka speaking out about personal mental-health issues. While he couldn’t speak about any specific athlete due to doctor-patient confidentiality, Nassim explained that his role was to make sure athletes were physically and mentally ready as competitions progressed.

“I think just knowing we were there for them, that they could pop down and speak to us whenever they needed, really helped,” he said.

The doctor, who describes himself as Modern Orthodox, was able to get three kosher meals a day, delivered from either a Chabad center or kosher restaurant.

Nassim had volunteered at the Pan American Games in 2017 and went to Lima, Peru, where there were challenges surrounding gastrointestinal issues and influenza. He believes this experience might be why he was asked to work at the Tokyo Olympics.

“Under the banner of internal medicine, of course, I have experience in infectious disease, and I think they knew it was good to have someone with that experience,” he said.

Nassim is following in the footsteps of his father Roland, a doctor of internal medicine, and his mother ran the practice. The younger internist said he sees patients with a variety of ailments, though one common problem is knee issues.

He said seeing his father so entrenched in the community, helping people, coupled with his own love of sports, gave him the idea to combine internal medicine and sports medicine. Standing 6 feet tall, he said he had a formidable serve that sometimes reached 120 miles per hour when he was on the tennis team at Queens College.

Nassim said the only difficult part about the Tokyo Olympics was being away from his wife and kids, and that it was one of his most valuable experiences.

“I enjoyed every second of it,” he said. “You never know if you’ll get an opportunity like that again.”