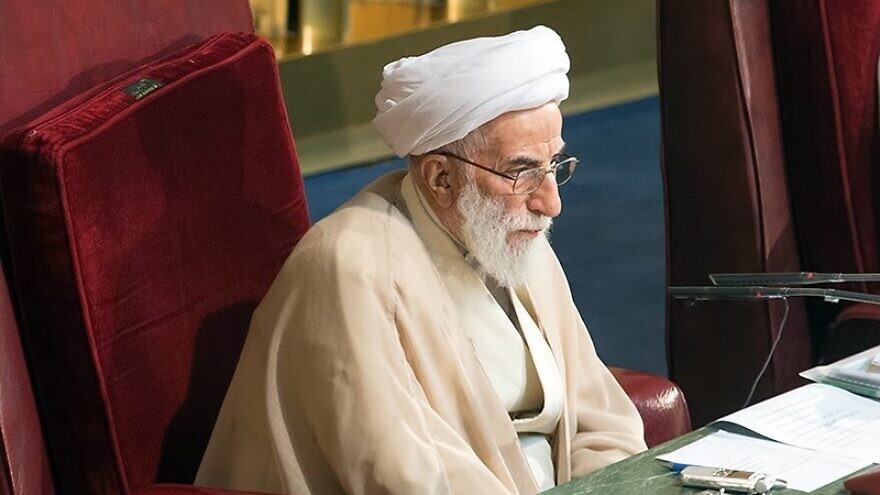 “Tomorrow, the Iranian regime will stage an event euphemistically called elections,” said Hook in announcing the sanctions. “Unfortunately for the Iranian people, the real election took place in secret long before any ballots were even cast.”

The sanctions target two members of Iran’s 12-member Guardian Council: its secretary, Ahmad Jannati, and Mohammad Yazdi, a council member who is also the former head of Iran’s judiciary.

“Jannati is also well-known for wishing ‘Death to America’ and ‘Death to Israel’ whenever the occasion presents itself,” said Hook. “He’s a big part of the reason why the Iranian regime is the world’s leading state sponsor of anti-Semitism.”

“Together, these five officials oversee a process that silences the voice of the Iranian people, curtails their freedom and limits their political participation,” said Hook, adding that the council “are the ones who really get to vote in Iran.”

Hook said the Council rejected more than 7,000 candidates and 90 sitting members from running for re-election.

Additionally, he labeled Iran’s parliament as “a republic in name only.”

“Elections in Iran are neither free nor fair. The Guardian Council handpicks the candidates, has the power to nullify the results and reject the bills passed by the members of the Islamic Consultative Assembly,” said Saeed Ghasseminejad, senior Iran and financial economics adviser at the Foundation for Defense of Democracies, in a press release. “The reason the Islamic Republic in Iran holds elections is that they benefit the system.”

“By allowing a limited competition among loyalists while controlling the participants and outcome, the regime grows more resilient in the face of pressure and more tolerable in the international community,” he continued. “With [Supreme Leader Ayatollah Ali] Khamenei at the height of his power and still healthy enough to be in charge, it is doubtful that elections in Iran can lead to any significant political change.”

The latest round of sanctions exemplifies the Trump administration’s “maximum pressure” campaign on Iran since withdrawing in May 2018 from the 2015 nuclear agreement, reimposing sanctions lifted under it along with enacting new financial penalties against the regime.